Nate woke up one morning and took his mountain bike on a portion of the Tahoe Rim Trail. 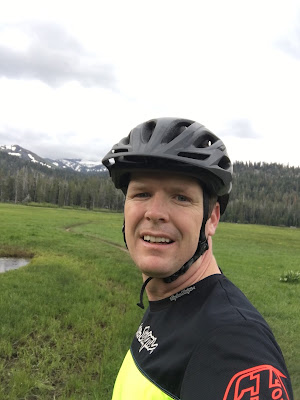 I was glad it was him and not me when I saw his pictures, and there was still a lot of snow on parts of it.  But there was not doubt that he had a beautiful ride.  We decided a few days later to hike a portion of it as a family. 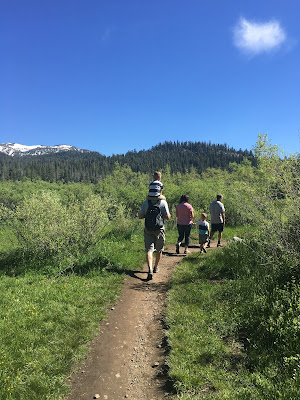 This time we were going up the mountain first, which meant the hard part was out of the way once we got to Big Meadow. 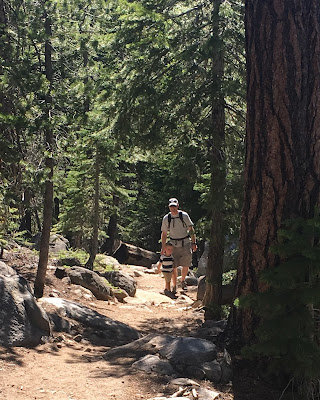 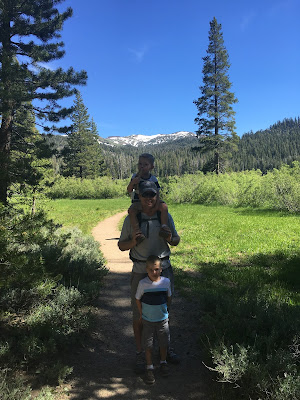 And, wow, Big Meadow did not disappoint in its beauty. 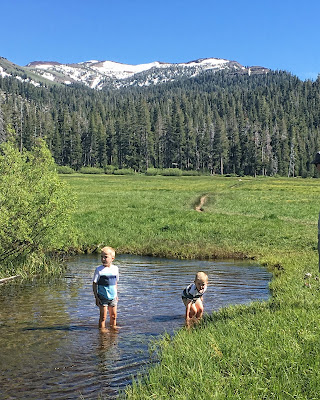 The mosquitoes were ravenous though.  And next time I'll be better prepared with repellent and possibly a space suit as well.

Noah and Luke love riding bikes, particularly if they can ride in the dirt.  Something about adding a dirt trail into the ride makes things infinitely more exciting.

Nate took them out for a while on a path near the cabin, and they were all smiles. 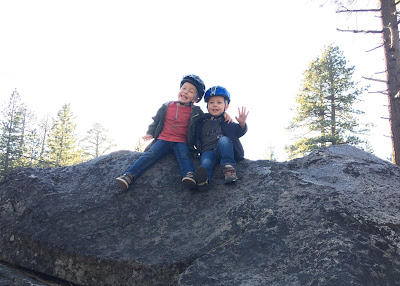 Notice, more rock climbing and stick collecting.  It's a fun constant when we're outside with these two. 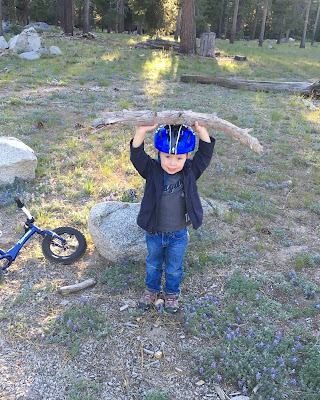 I think it's especially fun for their dad who is falling in love with this sport and really hopes his boys will as well. 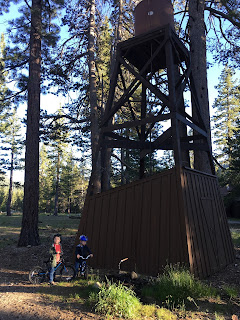