It was opening weekend for Finding Dory, so we decided to catch the movie in South Lake Tahoe. 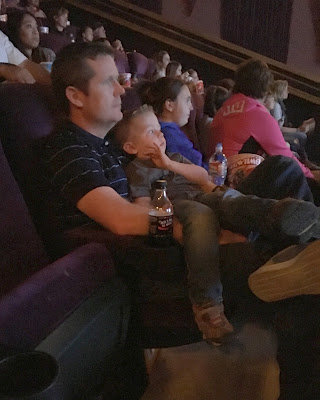 There is a really fun toy store right next to the theater (smart placement on their part), so we decided to let the boys each pick out a vacation 'souvenir.'  Nate and I were having just as much fun as the boys looking at things and trying out different toys.  In the end, Noah didn't take long deciding on a really long snake with a bell rattle in the tail.  He promptly named that snake Conner, and they've been buddies ever since. 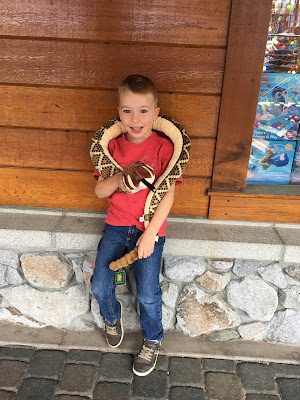 Luke went with a Star Wars Lego set.  He couldn't wait to get back to the cabin to start putting it together. 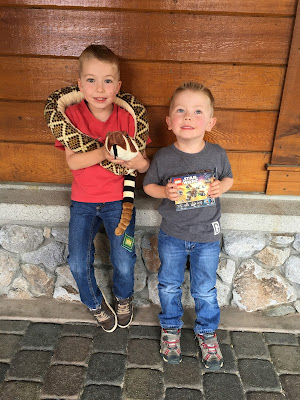 I was a little nervous that since their choices were so different from each other that one of them was going to have a change of heart and want what his brother had.  But it never happened.  They were both so content with what they chose and sharing with the other.  I love these best friend brothers so much. 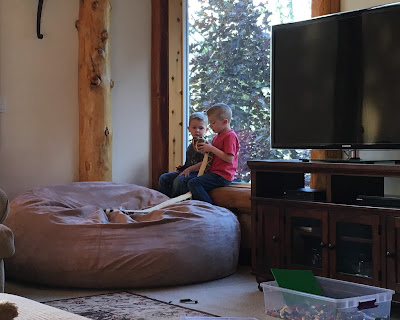 Leah hung out with Grandma and Grandpa while we were at the movies.  She did pretty well hanging out and being dragged on whatever hike or adventure we were off to. 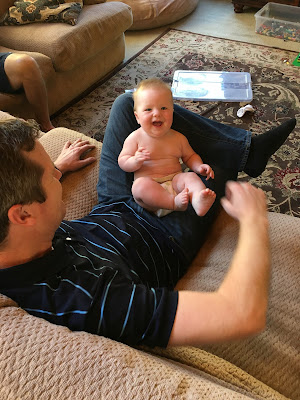 But her nighttime sleeping progressively got worse each night.  I think by the last night or two I was up with her five and six times.  It was rough!  And, she's still not sleeping as well as she did before we went to the cabin.  Someday she'll sleep, right? 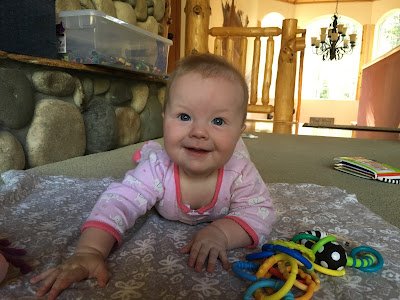 Grandpa, Nate and the boys took the kayak out in the backyard. 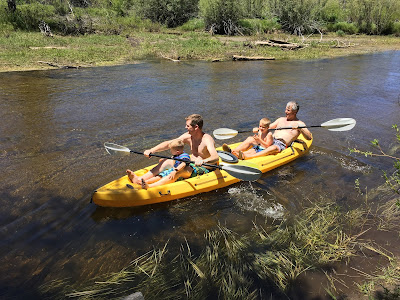 They explored upstream and downstream, and even got out a few times to explore in and around the water. 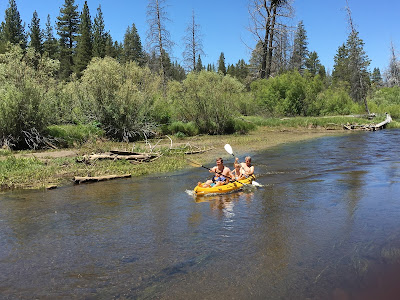 This picture!  Noah was trying to use his muscles to pull the kayak out of the water, and Luke thought he'd try to help.  We all got a good laugh as Luke tugged on those swim shorts 'helping.' 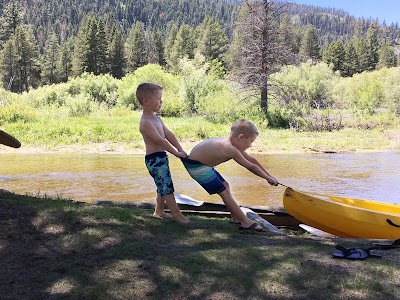