Last week the boys and I headed up to the cabin with Grandma. Taking the boys sledding was our top priority and, oh my, it was a good time.  Noah woke me up three times during the night (NOT fun) to ask if it was time to go sledding yet.  So when the time came to suit up and head out he could hardly contain himself. 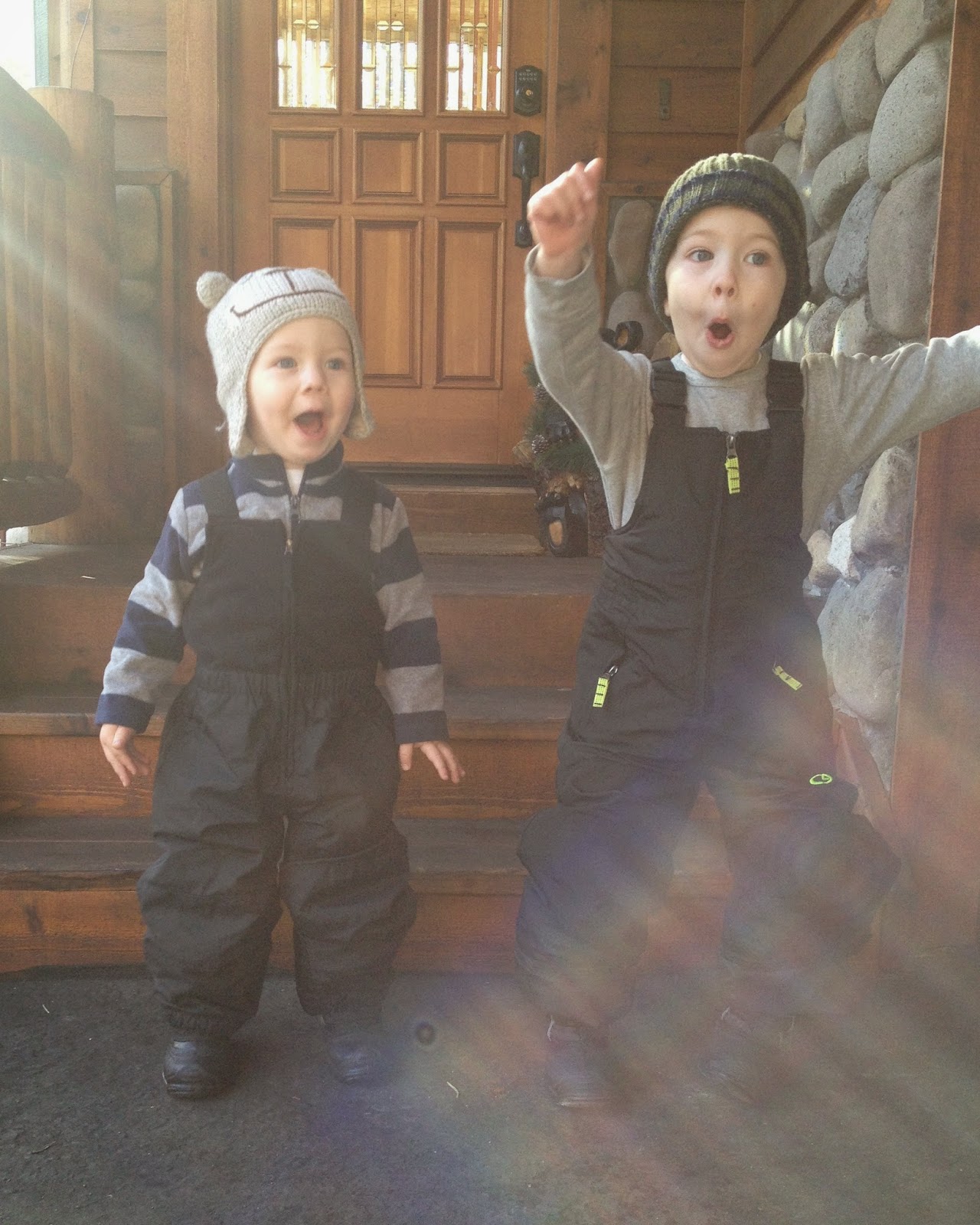 Sledding on a Thursday, combined with very little snowfall, meant a VERY light crowd.  For the first hour we were the only ones there.  Awesome. 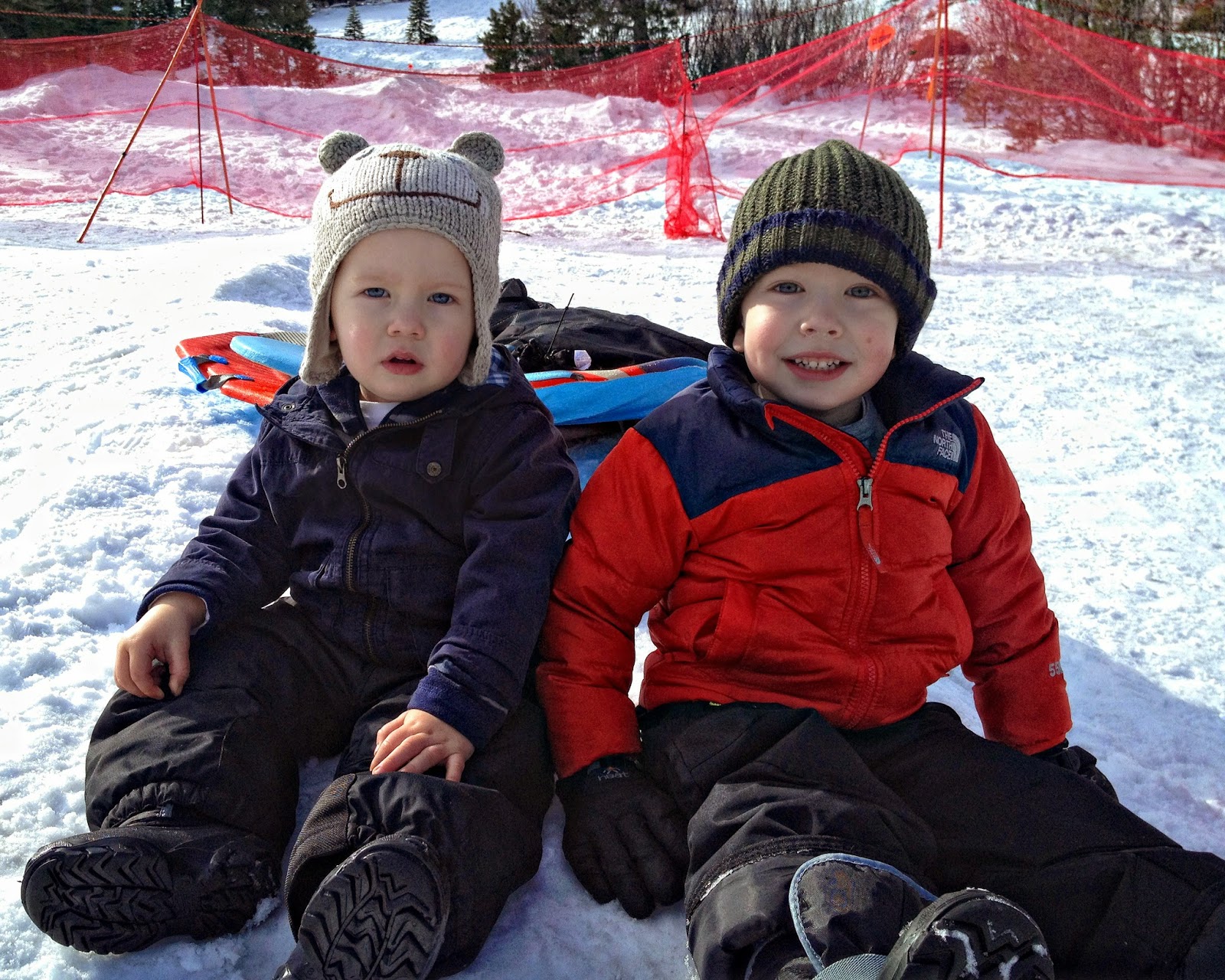 We started the boys off slow, first going only about half way down the hill and gradually moving up to the top. 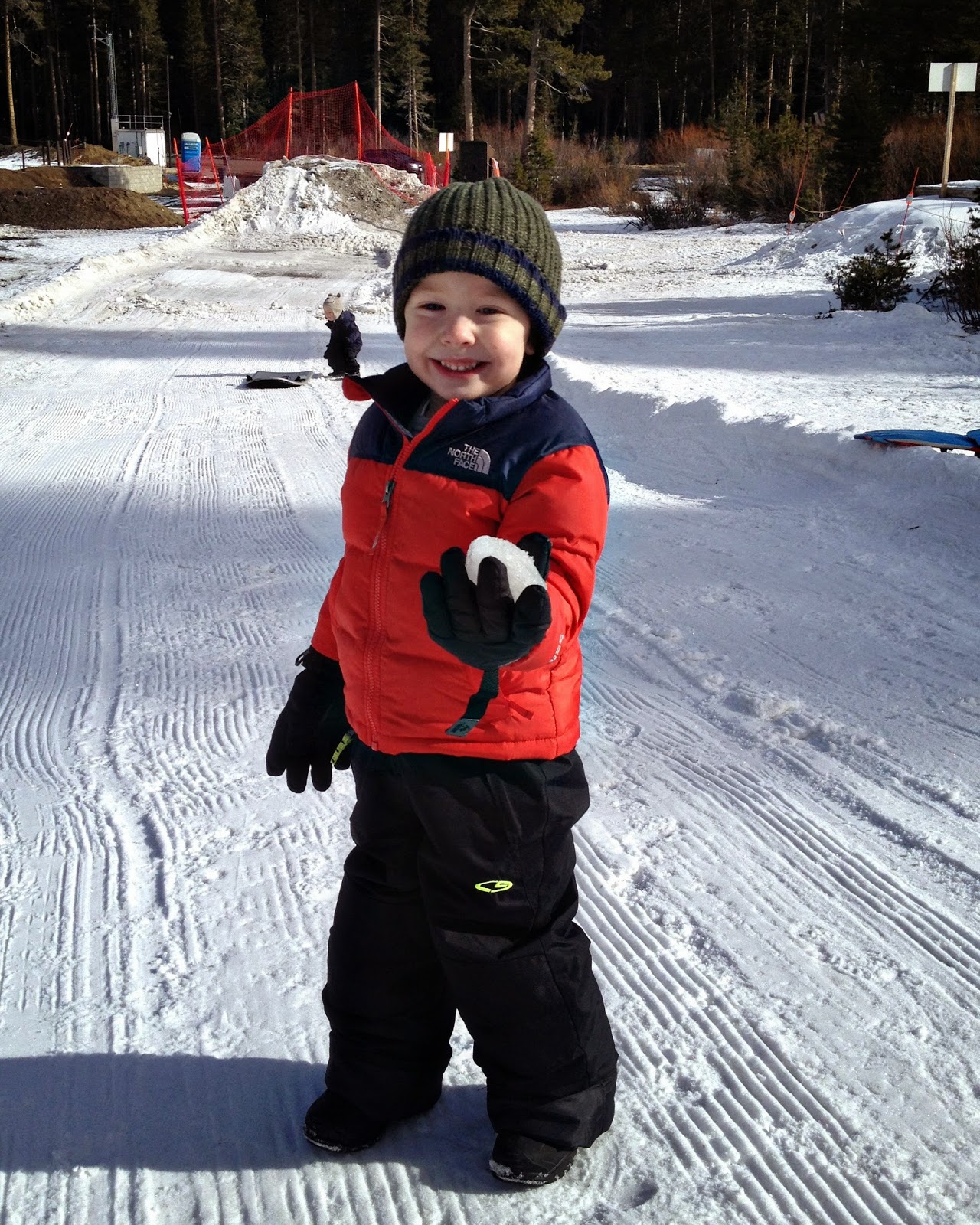 I was pretty sure they'd like it, but you just never know. 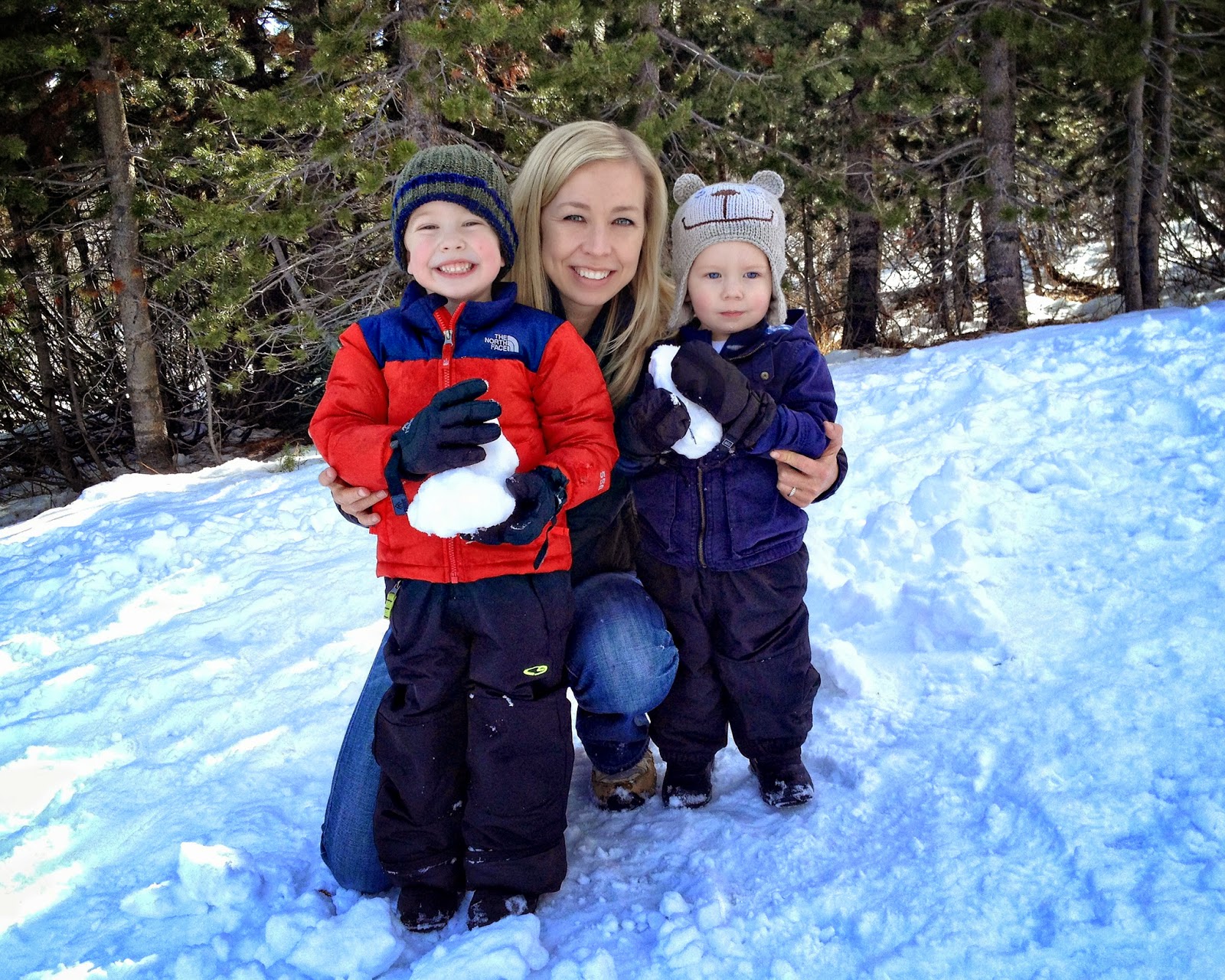 The truth is, they LOVED it.  Noah and Luke went down by themselves, with me or with Grandma, on their bums and bellies.  It didn't matter.  Sledding is definitely a new family favorite.

Noah was all smiles for the entire three hours. 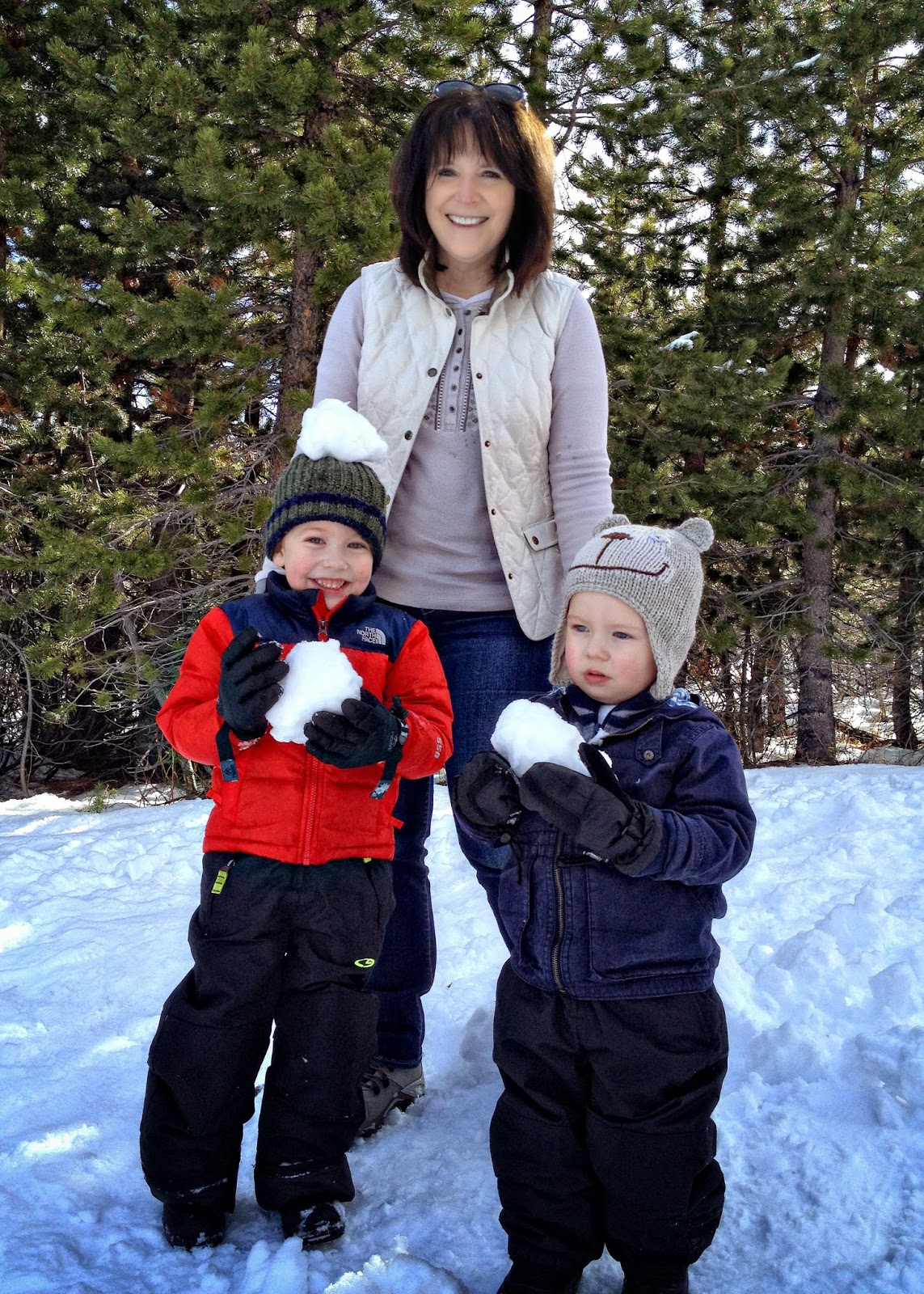 He hiked himself back up the hill over and over again.

Luke had a brief stint of the grumps, but after a tummy-filling snack he came around. 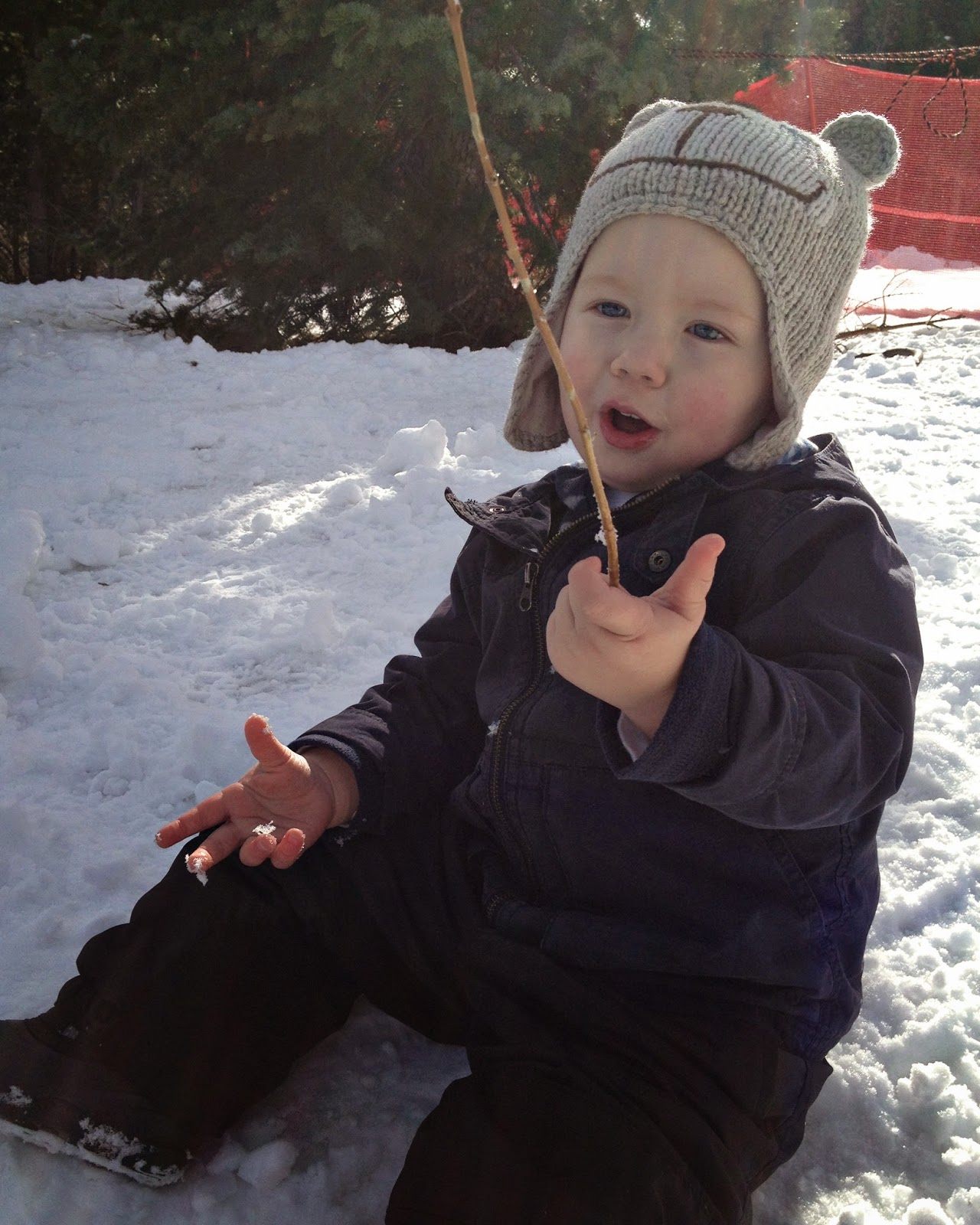 Between sledding and eating snow, he had very little to complain about. 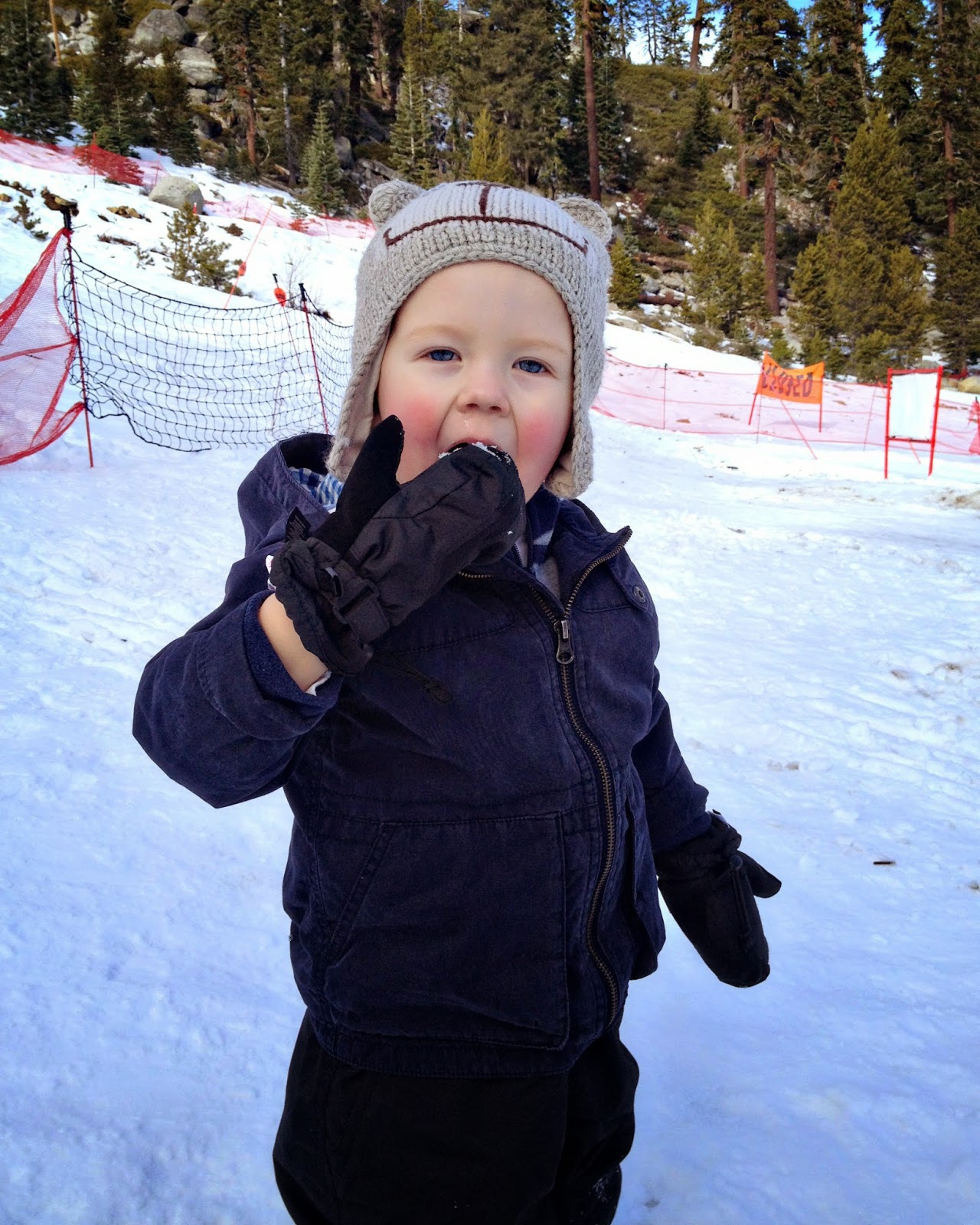 I love this series of pictures I quickly snapped with my phone of such silly happiness: 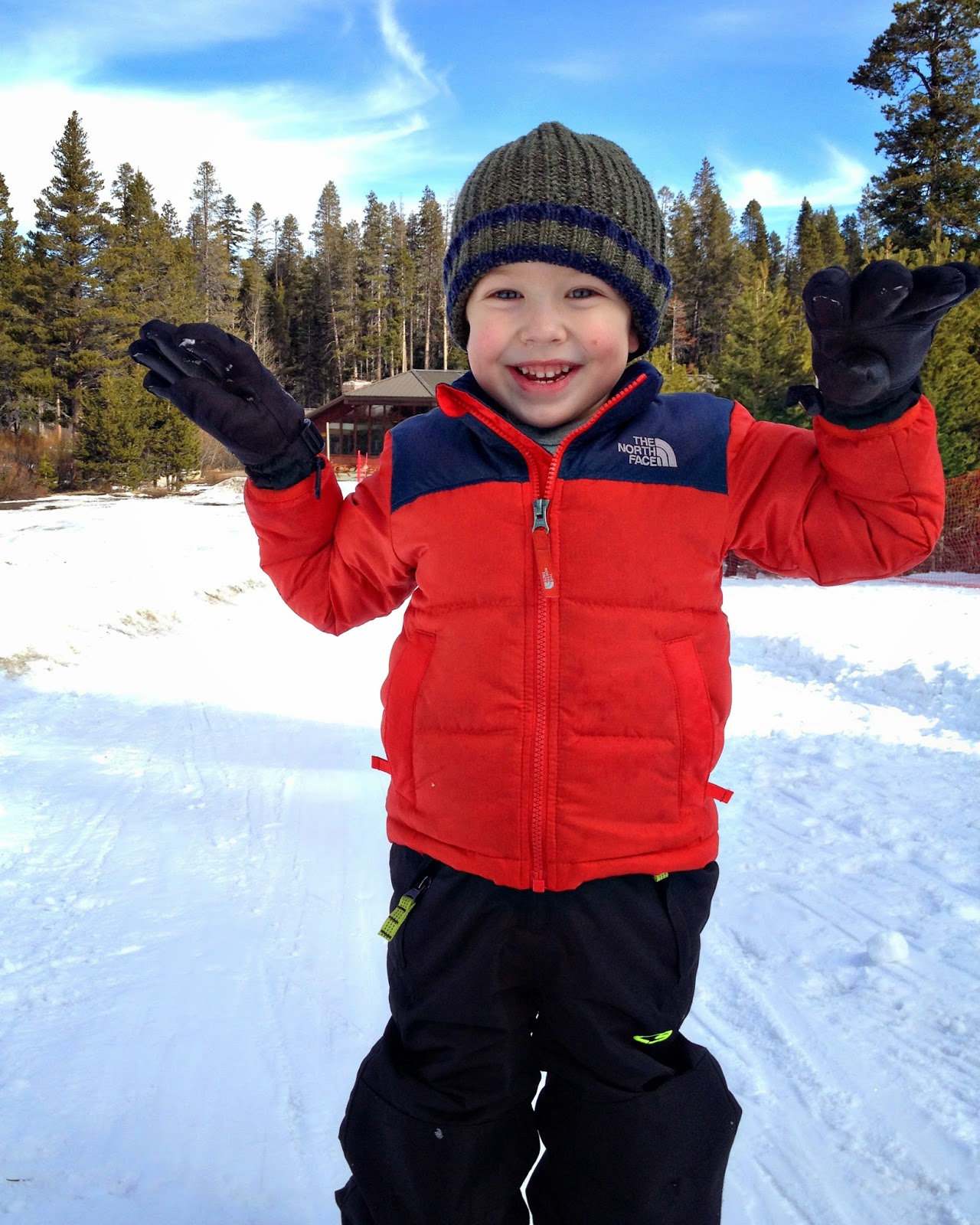 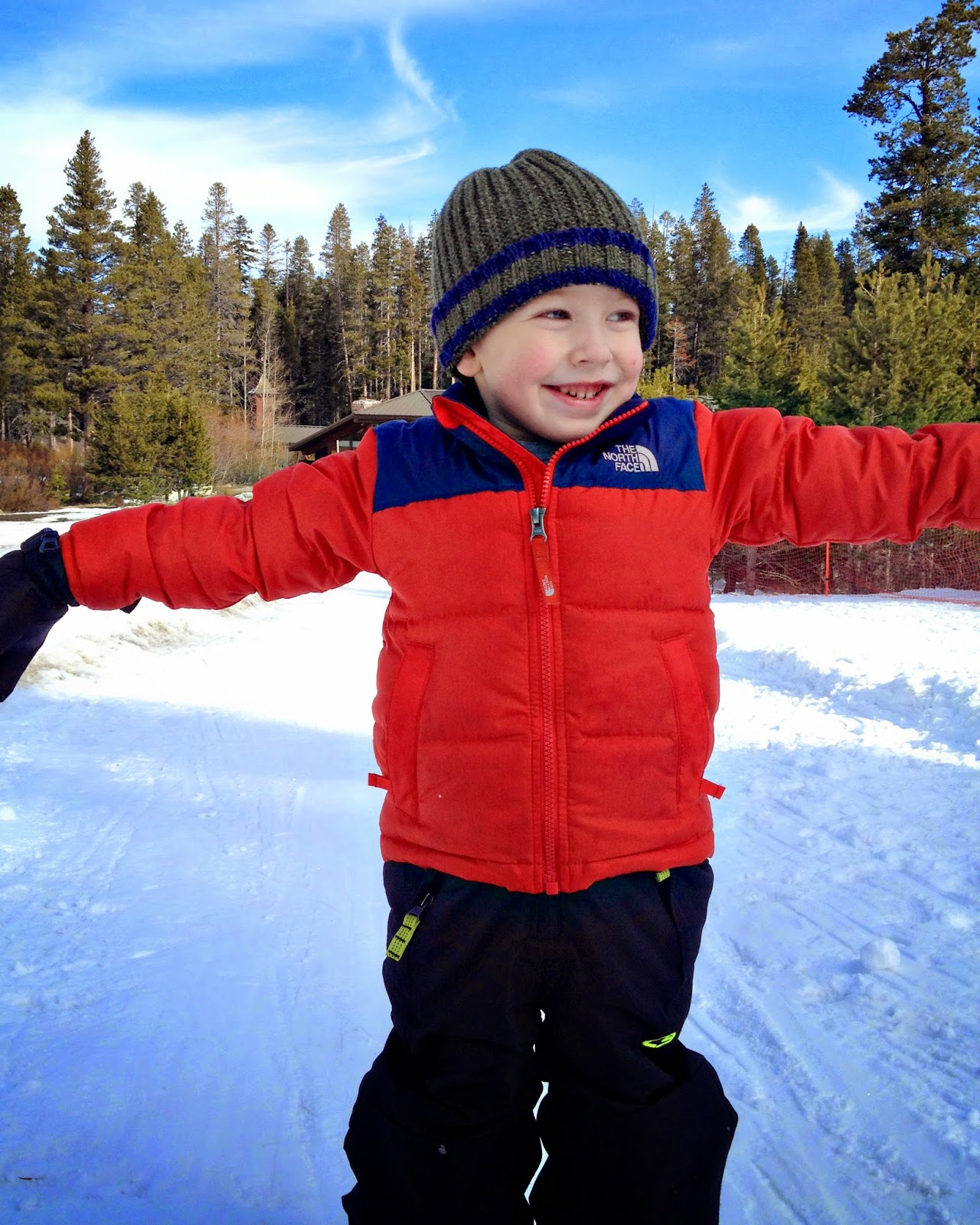 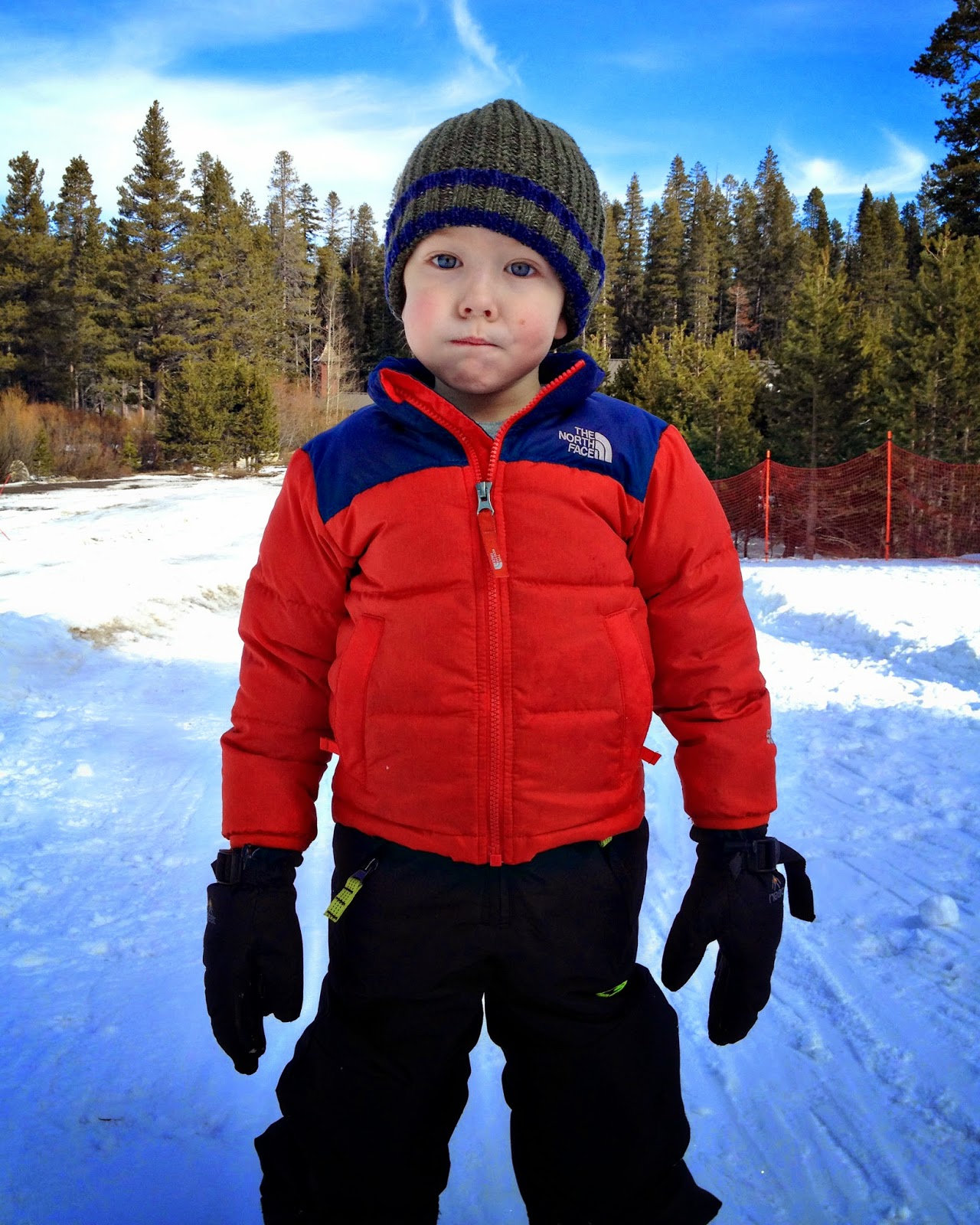 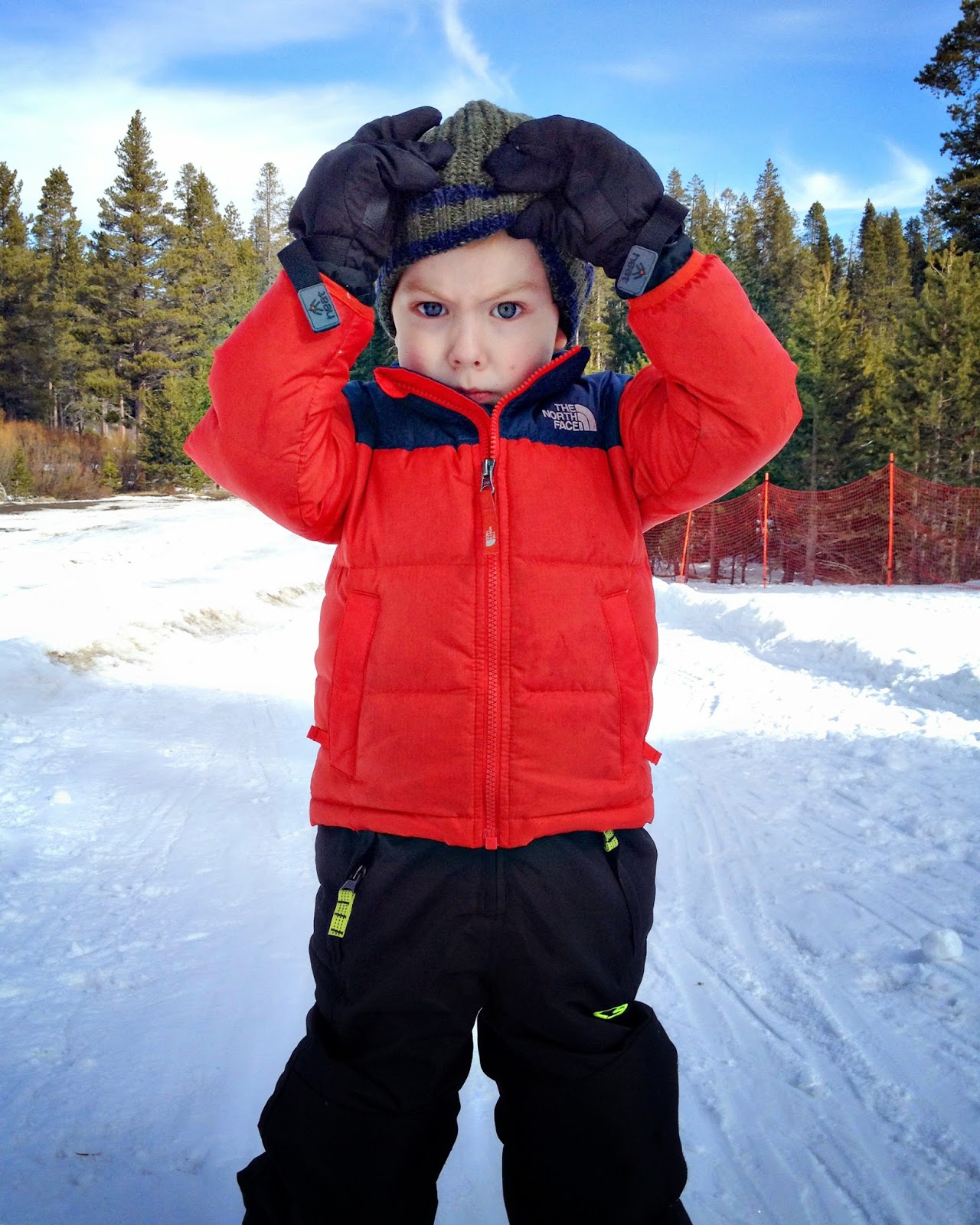 Noah could have stayed all day, but after about three hours Luke was worn out and we were all hungry.  Our fingers are crossed for some big snowfall in the next few weeks so we can repeat this fun all over again! 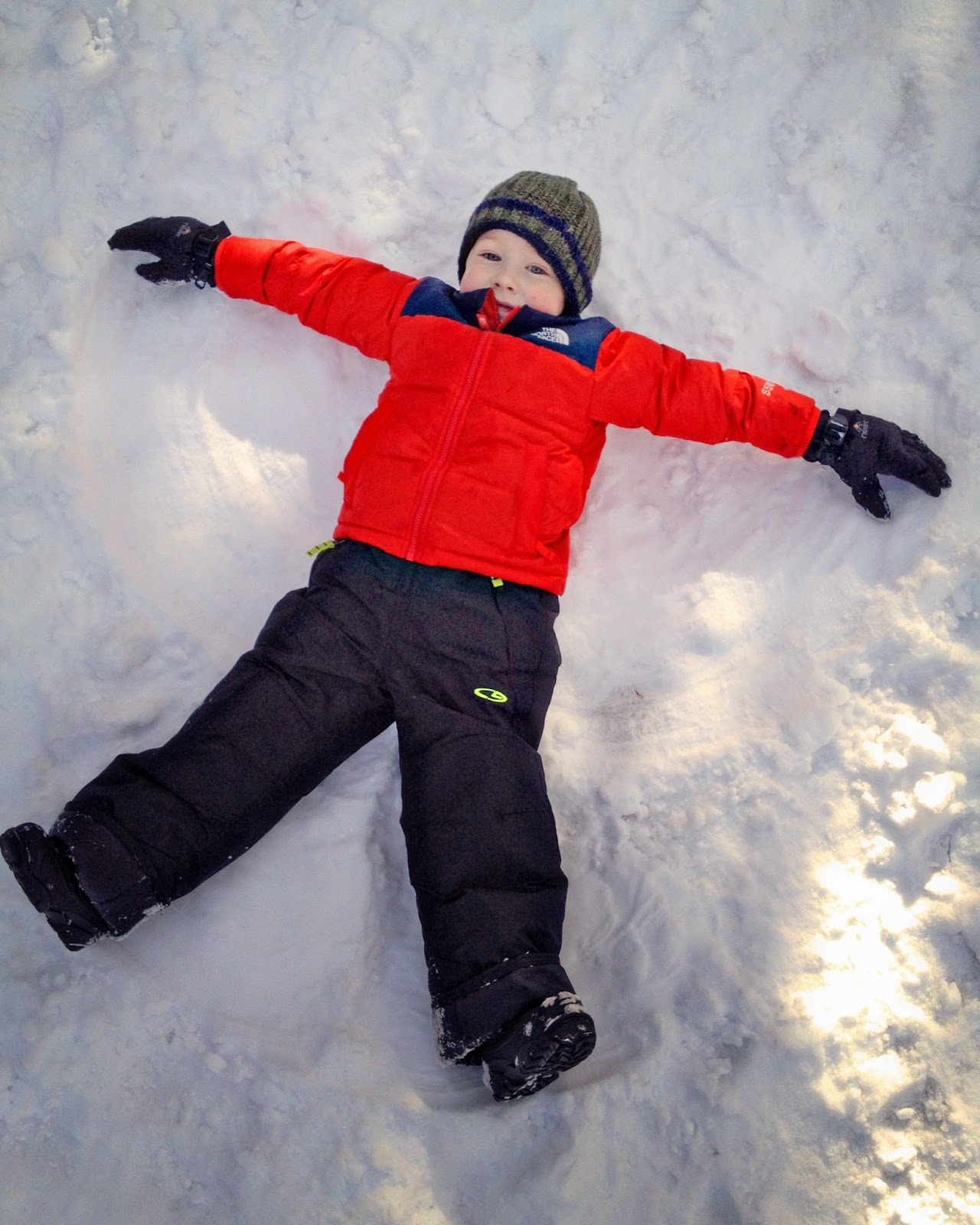 One afternoon Grandma lit a fire in the backyard.  Roasted marshmallows in January? Yes, please! 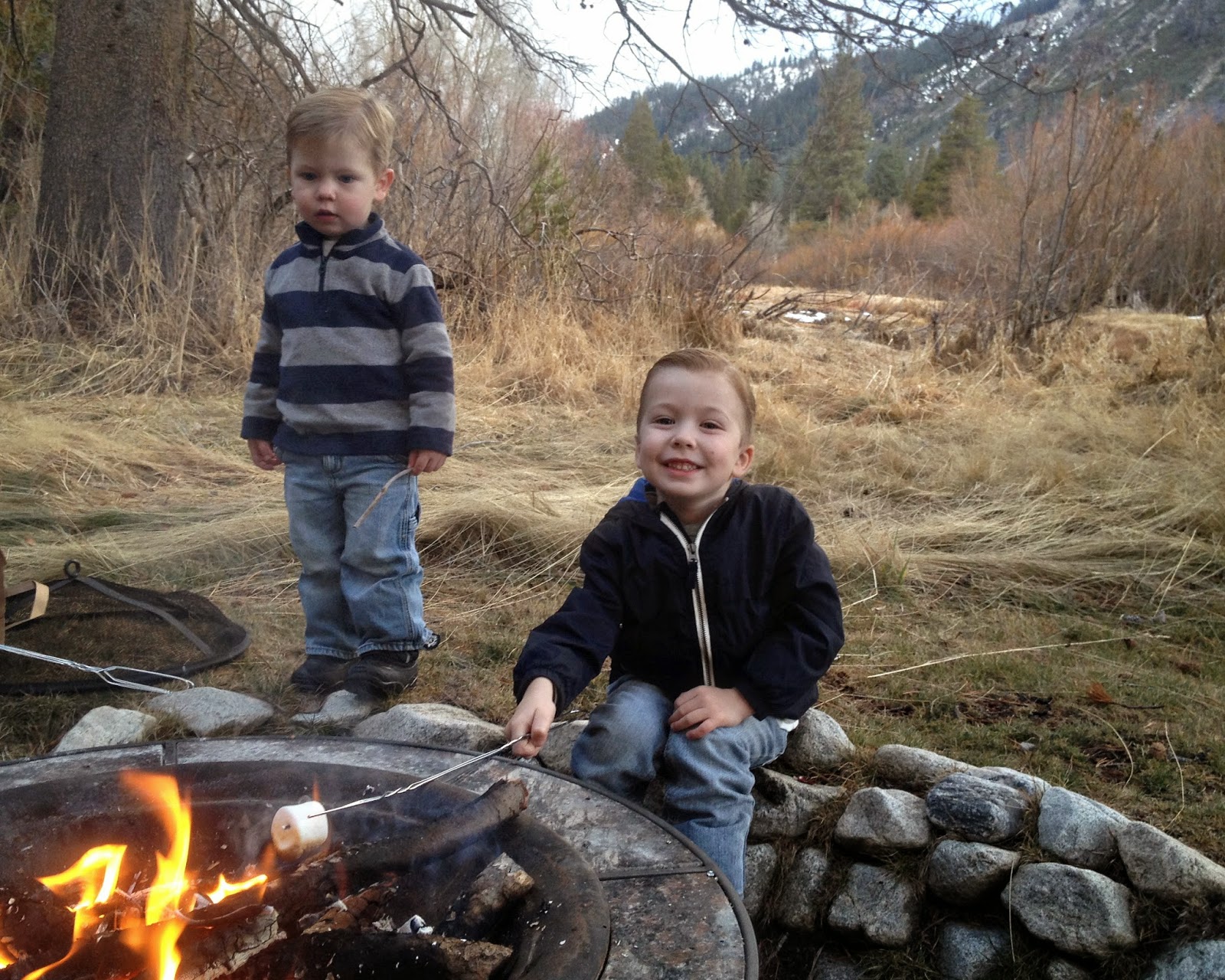 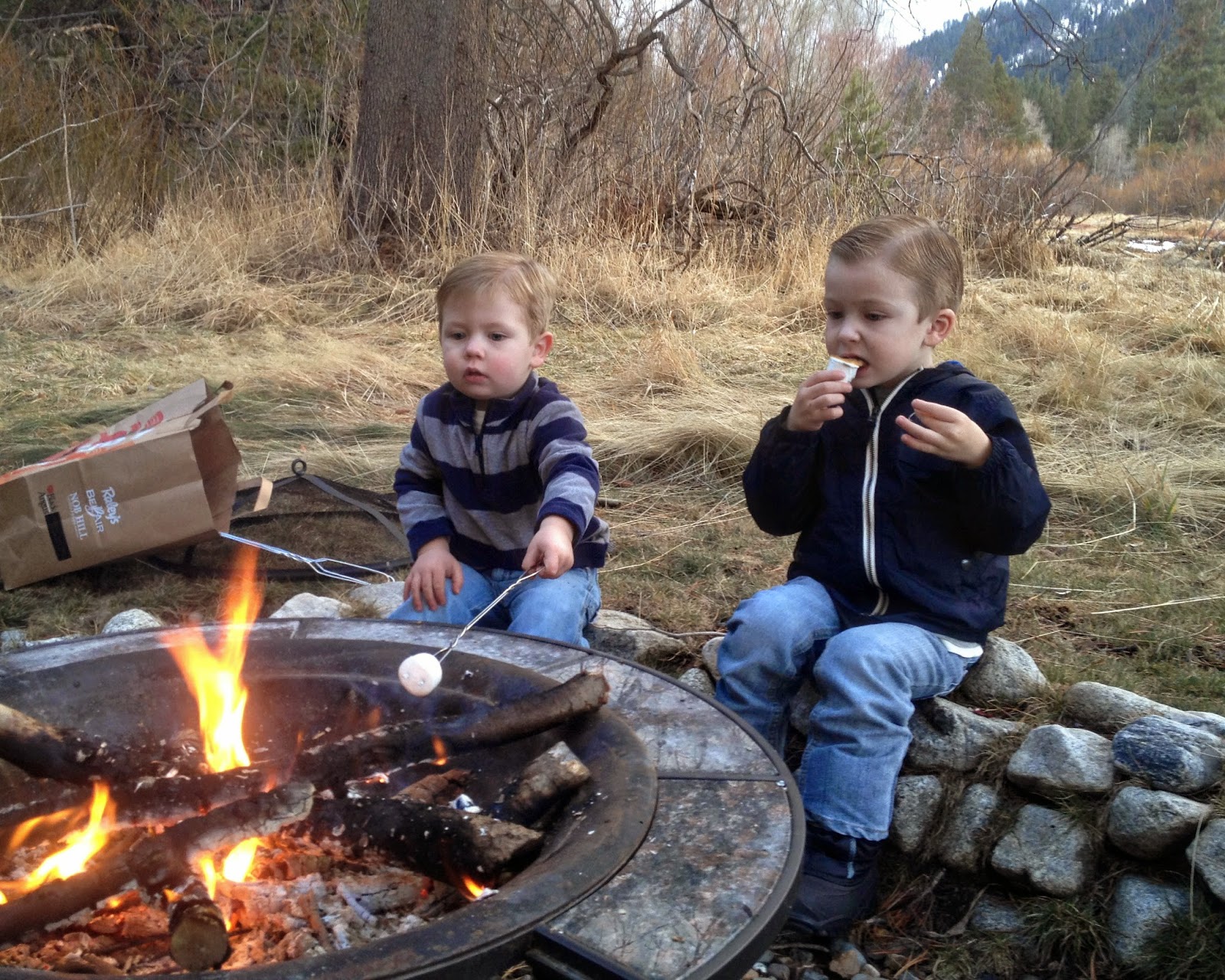 Oh, it needs to snow! The boys thought finding snow in the backyard was so fun, but to see what little remains is actually pretty disappointing. 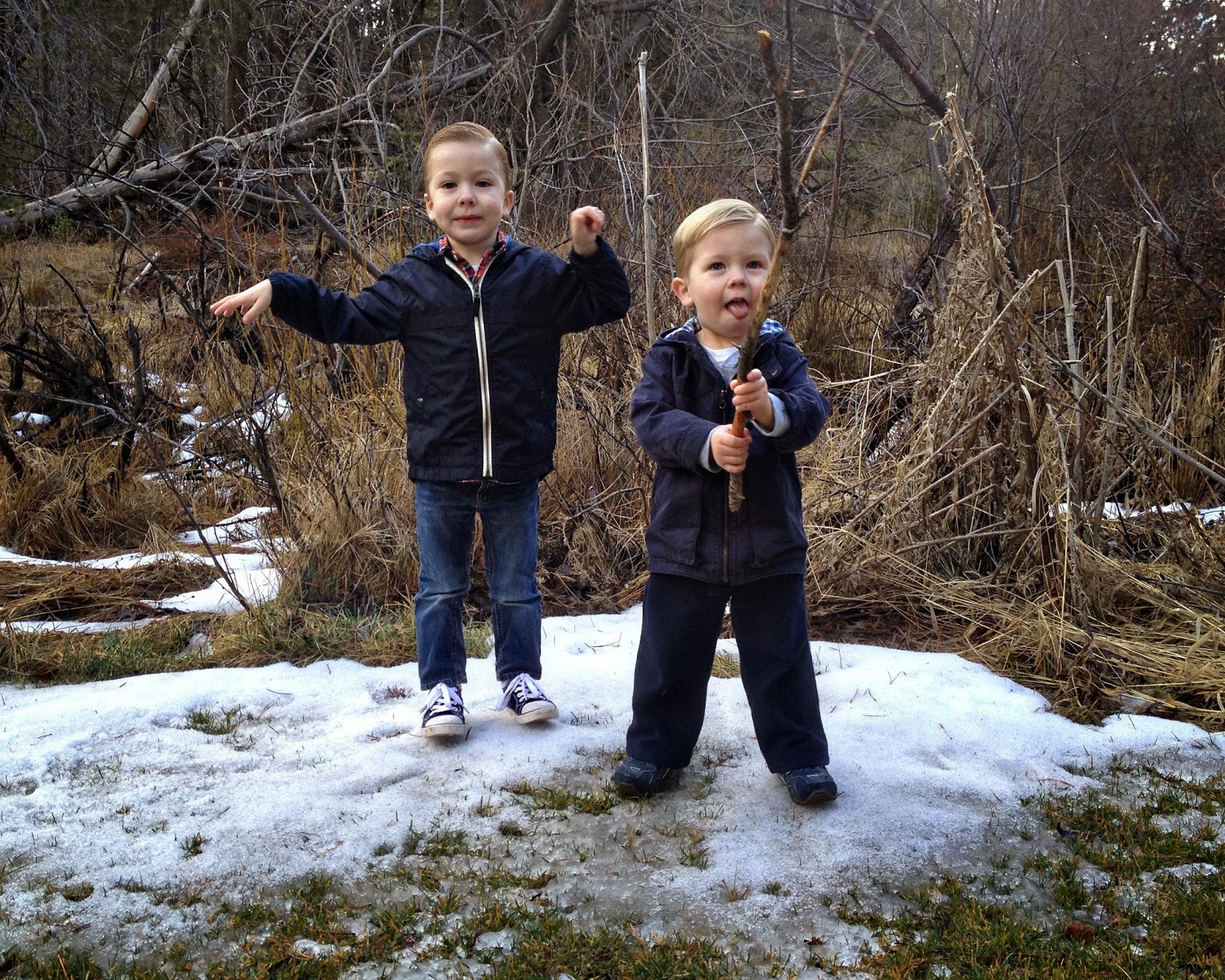 I call this Luke's 'bossypants' picture.  He sure looks like he's barking orders about something. :-) 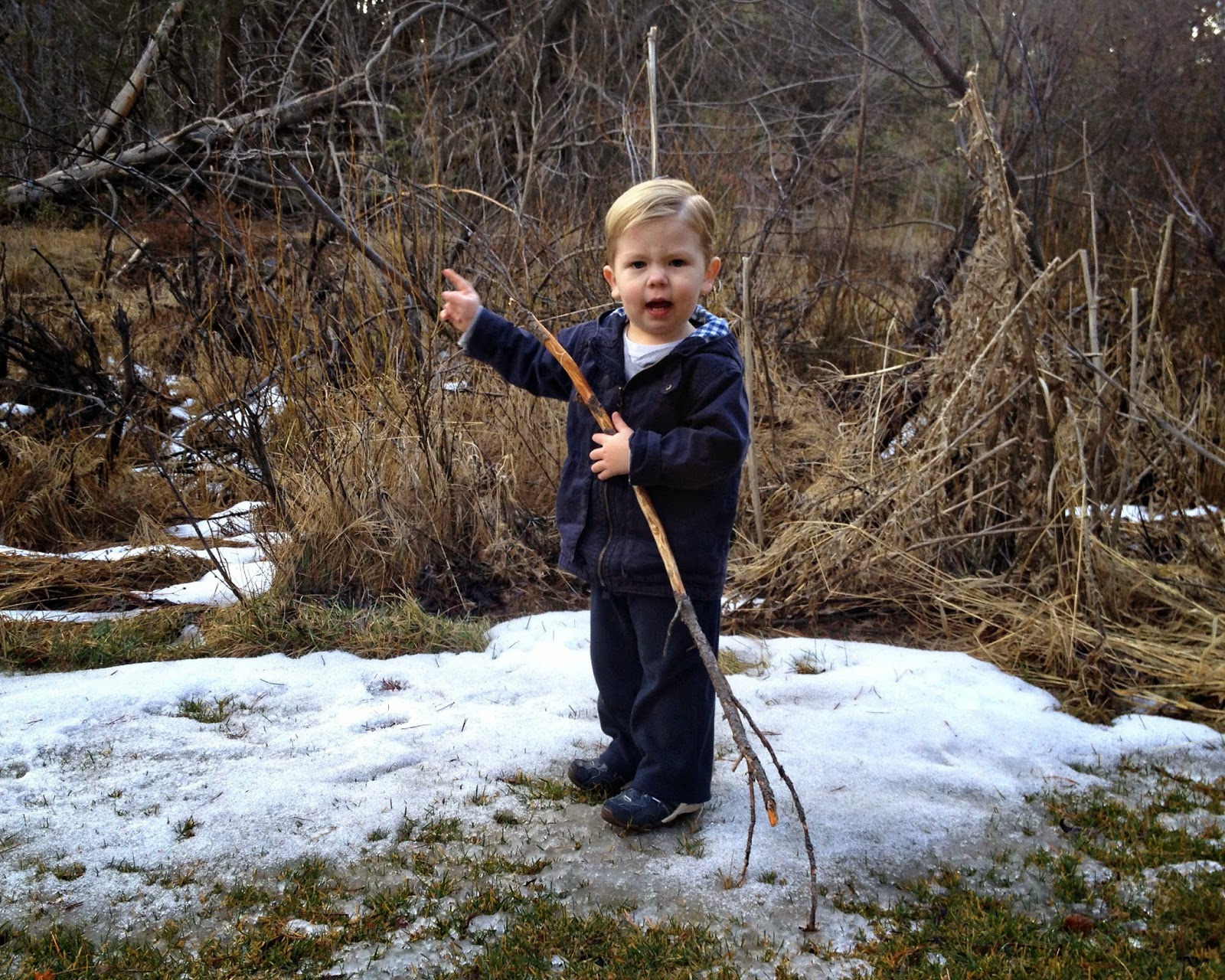 The boys spent a lot of time playing this fishing game.  Like a good grandma does, Shauna found a way to make it even more fun and dropped an M&M in each fish's mouth.  Fishing for M&M's was a huge hit. 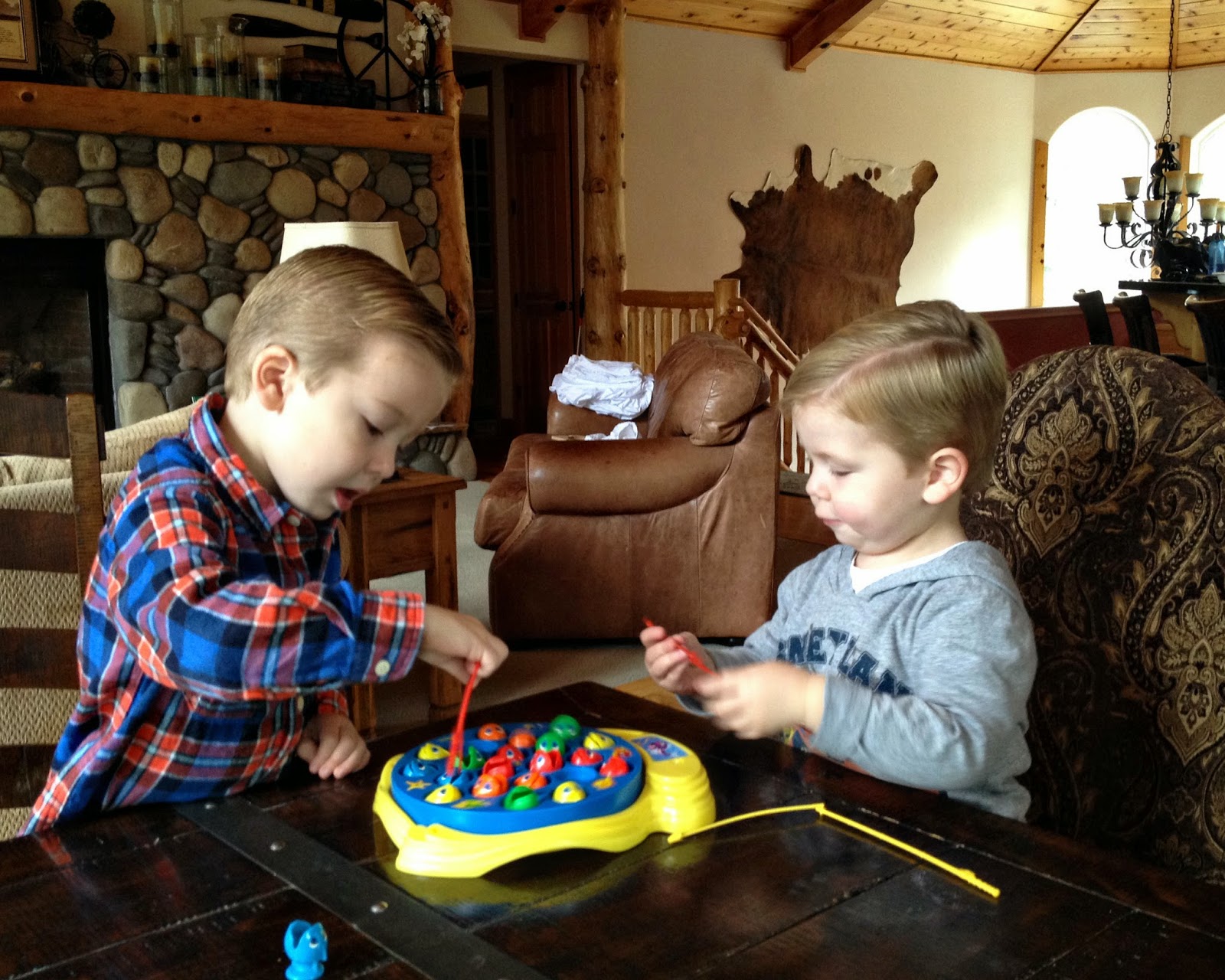