It's so much more fun this year with our little pumpkin! 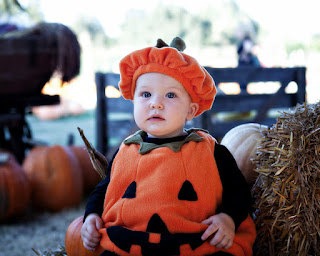 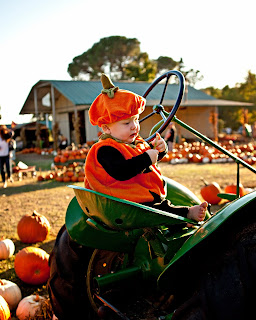 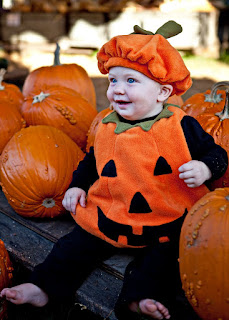 We're so glad summer is finally fading into fall. So far, it appears that Fall suits Noah just fine. 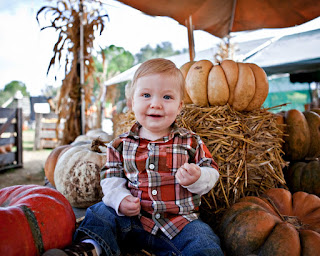 This is probably, no definitely, more pictures than any mom should include in a post, but there's so much cuteness, I just can't limit it to one or two. 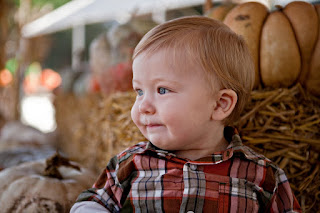 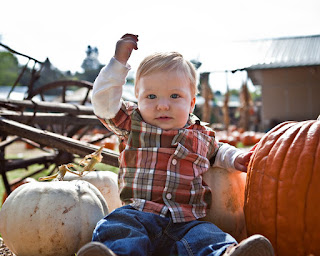 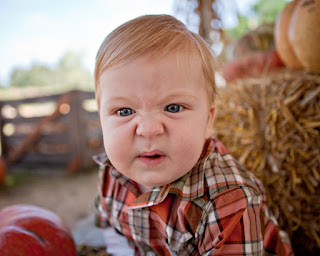 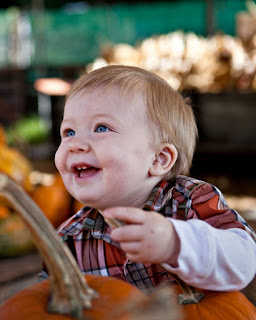 We hoped for some cute cousins pictures at the pumpkin patch, but these two are at such different stages and attention spans that it will probably have to wait for another year. 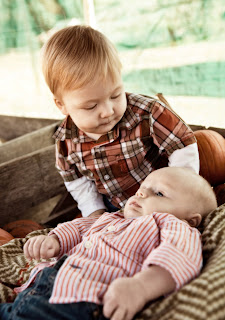 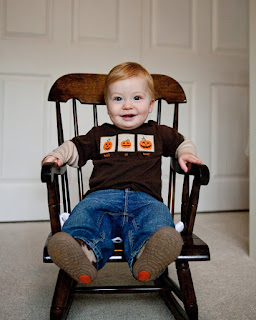 By far, the most common question I get about him is, "How much does he weigh?"
I have no idea, but he's solid and heavy, and insanely cute. 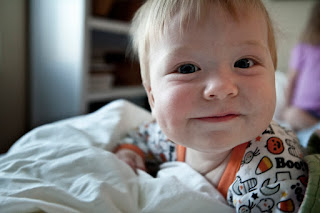 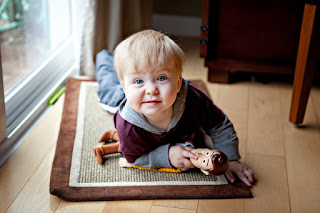 Before now, any time Noah saw or heard Woody he got scared and started screaming. So Woody has been vacationing in the closet for a few months. 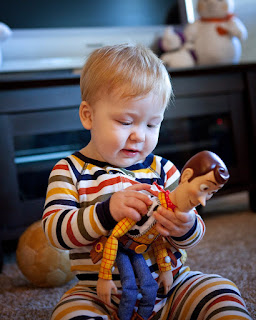 Now Noah likes to pull the string and have conversations with his buddy.

We've been hearing lots of new babbling sounds from our little noisemaker, including 'da da.' I don't know if he's actually talking about his Dad, but it sure is sweet to hear. 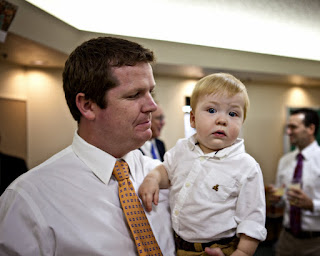 Every day is a new adventure of exploring. 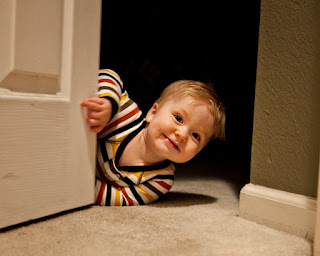 It could be climbing into bookshelves, hiding behind doors, getting lost in the curtains or crawling up onto the dishwasher. 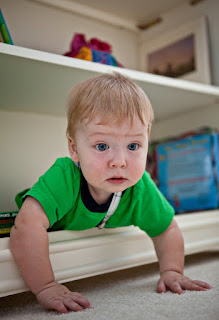 At some point he will stop using his hair as a napkin, right? 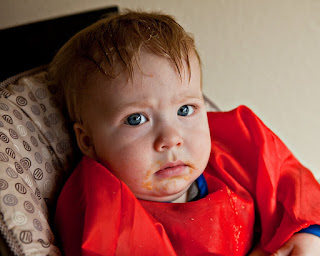 Noah finally started pulling himself up and loves standing. 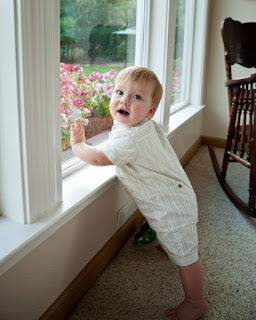 His favorite place is the sliding glass door. He can look outside and have some fun with the glass at the same time. 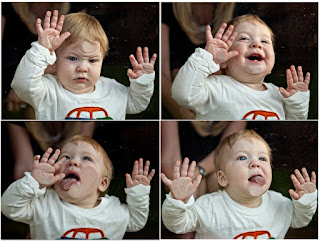 Noah is a busy kid, but he also loves to just watch what's going on, especially outside. One day we spent over an hour at the park just watching a backhoe and front loader move sand. 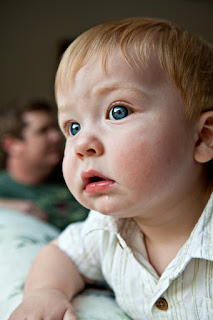