Most of the adults and bigger kids headed out one morning to the ropes course at Granlibakken.  With a minimum age requirement of five, Noah bounced out the door with Nate while Luke (and Leah) stayed with me.

Nate had just done the ropes course in June for a work retreat so he stuck with Noah on the kids course and was able to capture so many fun, brave moments. 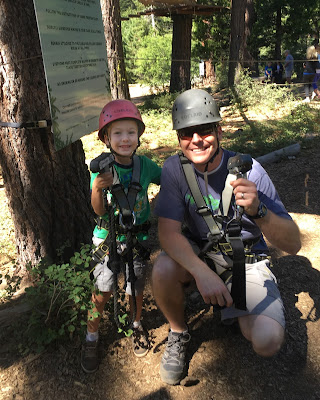 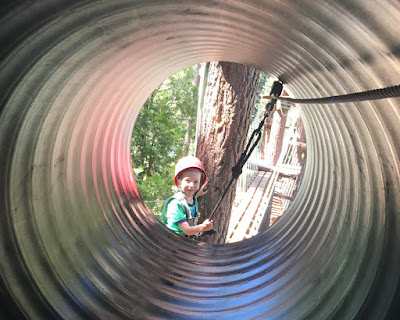 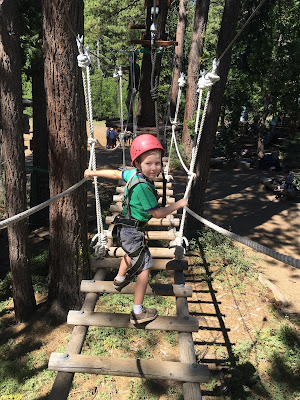 Some of the staff there couldn't believe that our five year old was cruising so fast, so steadily and so confidently on some of the sections of the course. 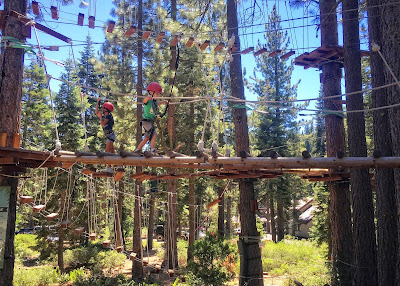 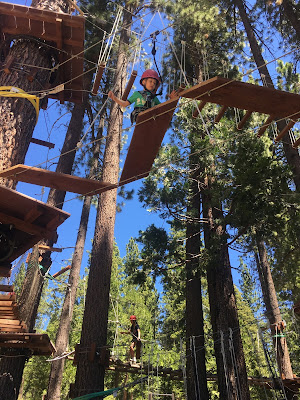 Having Olivia, Sammie, and Abby right there too made everything even more fun. 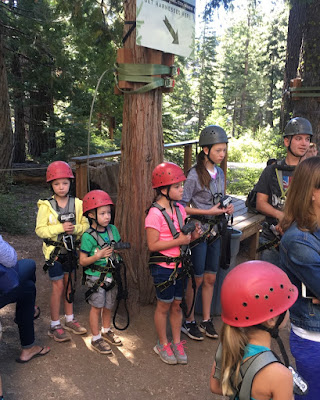 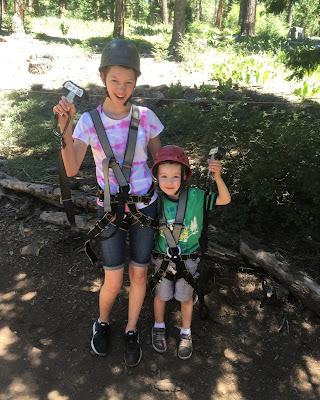 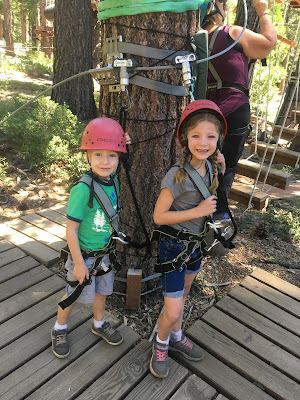 After a couple of hours on the course and a stop for lunch, our very non napper, who will never admit he's tired needed a little snooze on the drive back to the cabin. 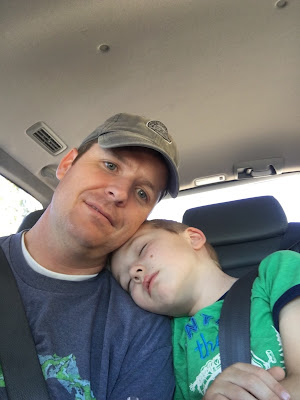 I wanted Luke to have his own special kind of fun so we planned to go ride the gondola up the mountain to Heavenly.  But upon arriving at Heavenly Village we found out that it was closed that day (of course!) due to a fire the day before.  I wondered how Luke would take it, but he was fine.  So riding the tram turned into a stop at the toy store at Heavenly Village.  I had no idea a Pez dispenser could make this kid feel so complete and satisfied. 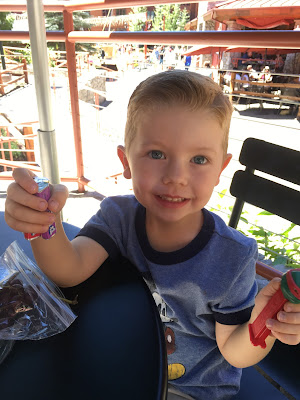 We had fun walking around together, peeking in the stores that he wanted to, and just being together. 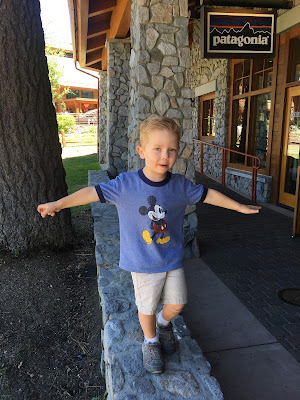 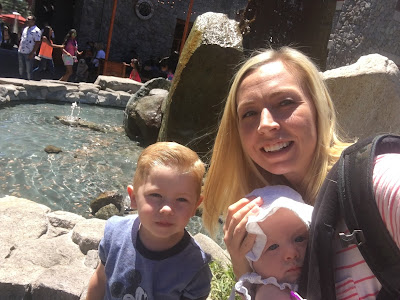 It was a far cry from the great adventure his big brother was having, but I love that Luke didn't care.  He was more excited about a 'mom date,' a Pez dispenser and a smoothie than I could have imagined. 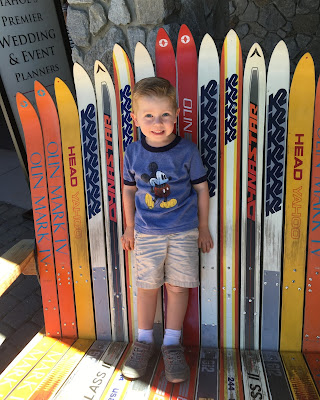