I've been thankful for a lot of normal, ordinary days lately.  Things got pretty crazy in September and October with our house under construction, and those days felt exceptionally UNordinary  (and stressful) sometimes.  Knowing that our family is on the cusp of changing forever and that we'll be turned upside down for a little while in the land of newborn neediness I've tried to take advantage of these wonderful ordinary days and squeeze in some simple, memorable fun with my boys.

We've been visiting our favorite parks, 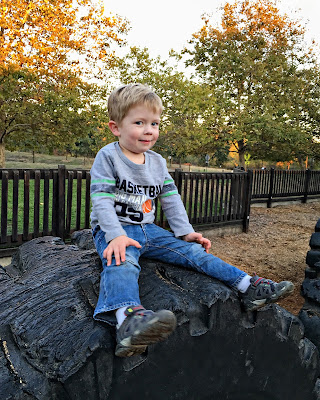 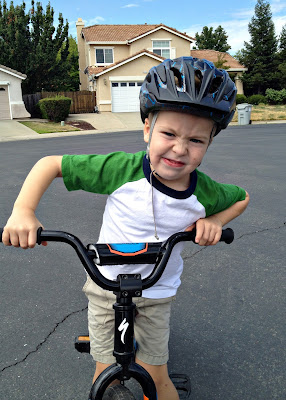 and taken a ride on light rail. 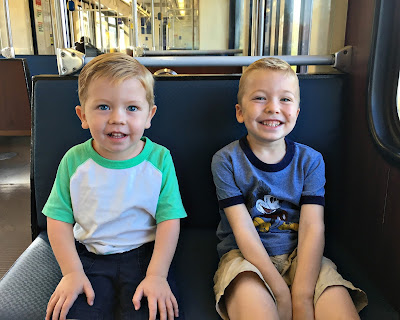 That train ride was, of course, followed by a visit to Snook's Candy store right up the hill.  How could we pass that up? 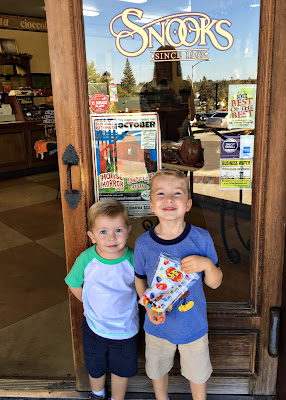 We also made sure not to pass up the carousel while returning a few things to stores in the mall. 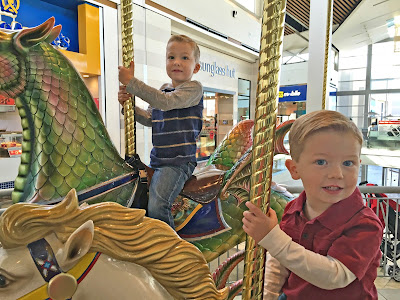 Noah was especially excited that he secured himself a seat on dragon, instead of "just an ordinary horse." 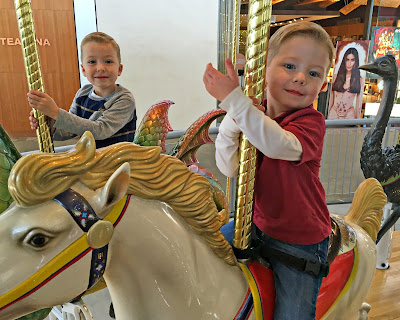 We used some free passes to the zoo to go check on the bears, peacocks and Noah's favorite deer there named Abby. 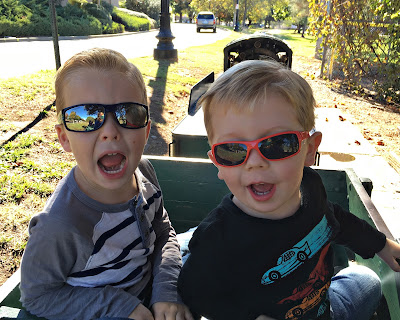 Which, of course, was  followed by a different, much shorter, yet equally exciting train ride. 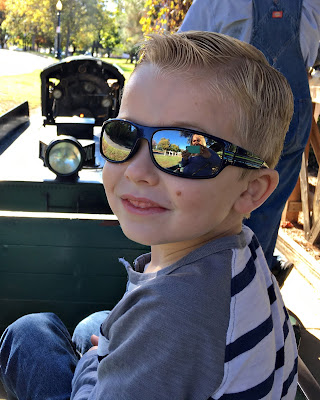 The train and zoo are a packaged deal with these boys.  You can't do one without the other. 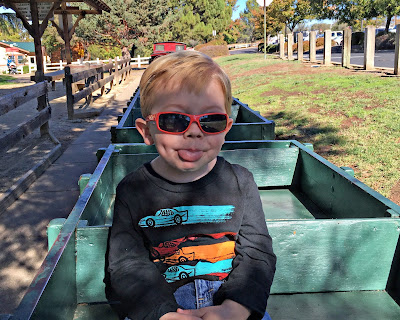 (I don't know what inspired the need for sunglasses that day, but both of them considered having shades a MUST everywhere we went.)

When I've had Luke to myself, I've tried to carve out some time for things besides errands.  This little boy was over the moon when I asked if we could go on a lunch date to Taco Bell. 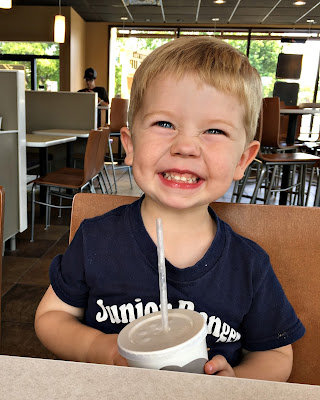 He may be two, but the kid can carry a conversation that keeps me smiling and laughing the whole time.

And, if we are running errands, we've found ways to make it a little fun too.  A while back the boys saw this zombie shooter in a catalog, and Luke just about jumped out of the cart when he actually saw the "bazombie" shooter in a store. 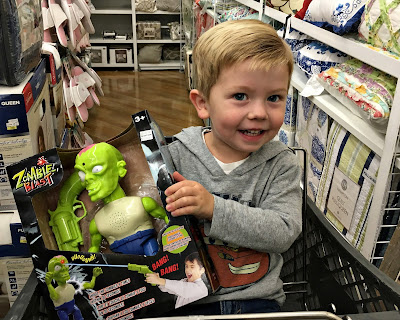 After a thorough inspection, we left him at the store, but that "bazombie" was the talk of the day, especially when Luke reported to Noah what we'd found.

Daily I think about how grateful I am that these two have each other. 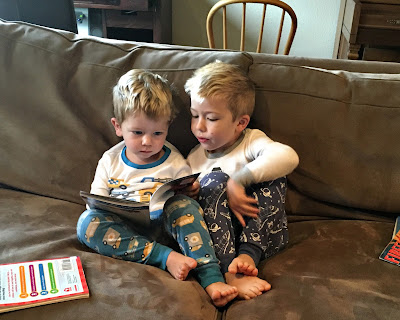 I hope it's going to make the transition of going from two to three a little easier for them and for me. 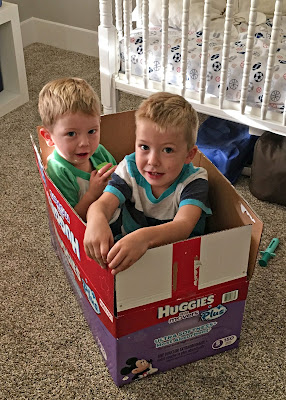 Their play and interaction isn't perfect, but it's usually pretty sweet and definitely entertaining. 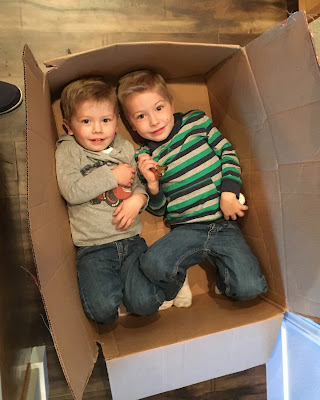 I'm not the type to stay home bound for too long after having a baby, but I do know for sure that even when we are off on an adventure my attention will often be with that tiny, sweet girl and not quite as much with these two boys who have a huge piece of my heart.

I am so grateful that I'm feeling good to be able to squeeze in some simple, fun moments while it's just the boys and mom...for a few more days.