One day these boys won't let me gently persuade them towards a costume choice, but for now I'm going to keep it up for as many years as I can.  After hearing Noah and Luke name every idea for weeks from being Darth Vader to a squirrel, I won them over when a big box arrived at our front door with Peter Pan and Captain Hook costumes inside. 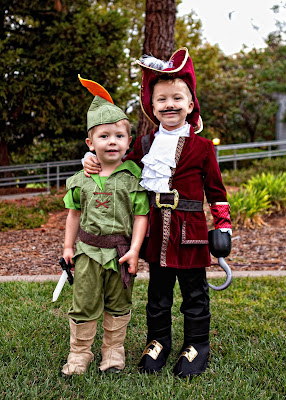 Oh boy, did these guys rock their costumes. 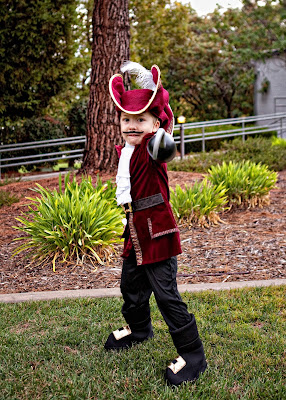 Luke's whole personality changed.  He wanted to only be called Peter and would 'fly' around the house saying, "I'm off to Neverland!"  After our ward trunk or treat we found him leading a group of kids through the parking lot ("Follow me guys!"), just like the Lost Boys.  And I think every one of those kids was at least a year or two older than him.  It was just hilarious. 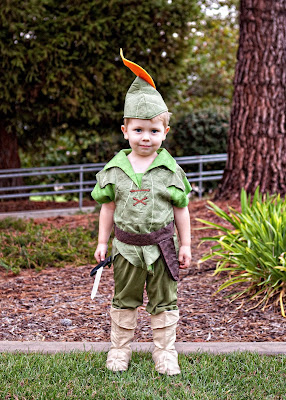 Noah and his Joy School buddies dressed up and sang some songs for their moms.  I sure love these sweet kids. 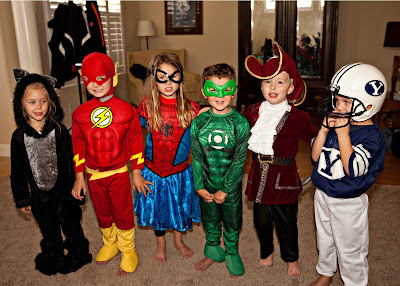 We kept with tradition and invited family and friends over for dinner on Halloween night.  The weather was perfect and these kiddos were so antsy to get the trick or treating started.  Nate did a great job hanging out with the oldest four (Landon, Liam, Noah and Luke) as they ran ahead from house to house, while Kate and Camille took their time.  It was perfect. 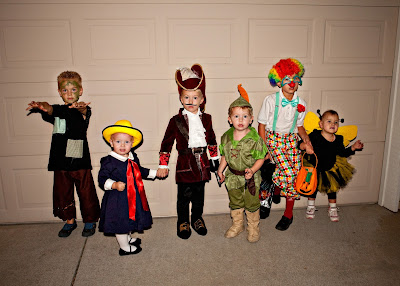 Let's get a solo shot of that little Madeline, I mean Kate, in her costume.  She was just darling! 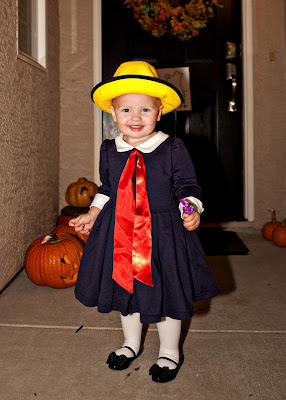 These two candy monsters had such a fun night.  We all did.  I loved being surrounded by some of our favorite people and watching the magic and happiness that kids bring to just about everything, including Halloween. 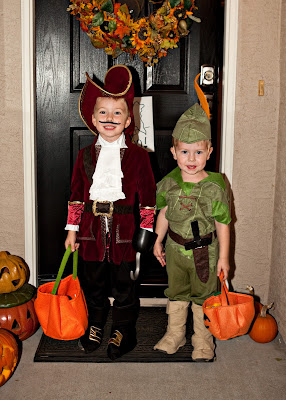