After realizing that our life and schedule might not allow for the annual Saturday family trip up to Apple Hill, I decided, at the very least, the boys and I could go up for a couple of hours.  They were antsy for some apple cider donuts, and I was really aching for a slice of apple crumb pie. We made sure to eat plenty of both. 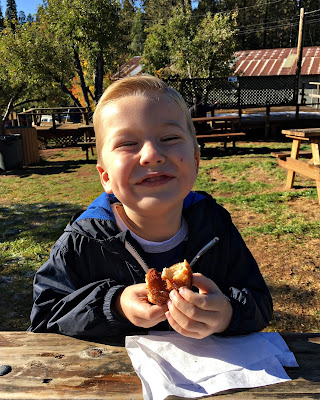 There was frost on the ground when we arrived, and it was the chilliest morning we've had this season, but none of us seemed to mind.  One thing this family doesn't like is a hot day at Apple Hill. 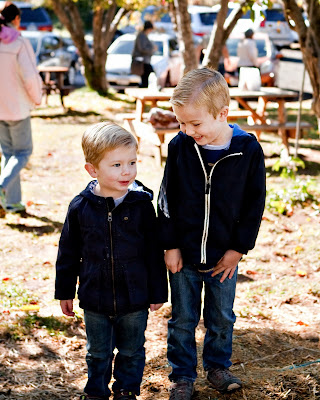 We only made three stops: Rainbow Orchards, Larsen's and Able Apple Acres, but that was plenty for all of us. 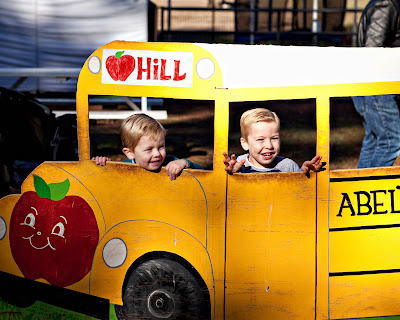 Look at this boy.  Pure sunshine that kid.  I just love him and love that he is the biggest brother of this family. 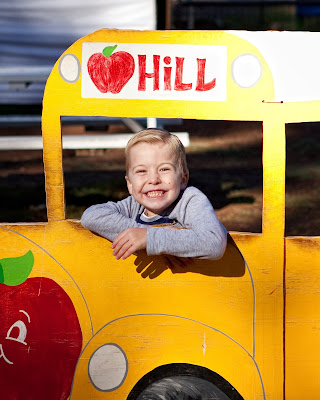 I said yes to horse riding, which made the boys incredibly happy.  Noah couldn't keep those excited arms from flapping just a little bit as he waited patiently for his turn. 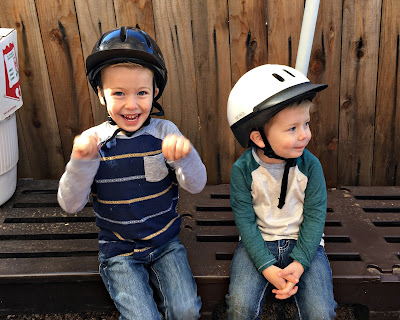 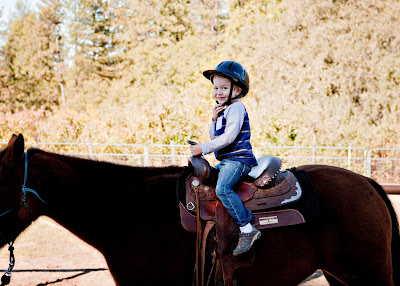 and Luke went with the pony. 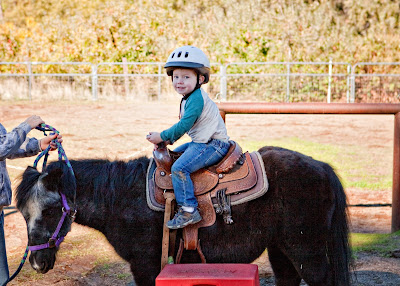 After a stop at the 'How tall this fall?' tree, we packed up ourselves and our sweet apple treats and headed for home. 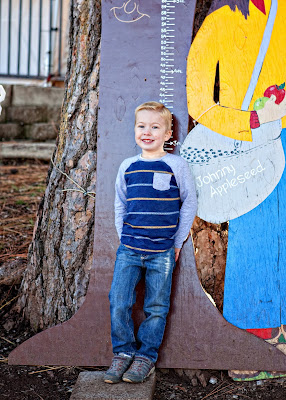 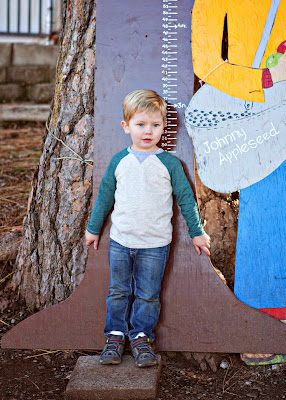 It was another simple day and simple outing, but fulfilled our tradition of going and also was one more great memory to be made before baby sister arrives.
Posted by Dianna at 3:10 PM