Finally in the Snow

Last year when we were at the cabin in January there was no snow.  None.  It was so disappointing, especially for these two boys. 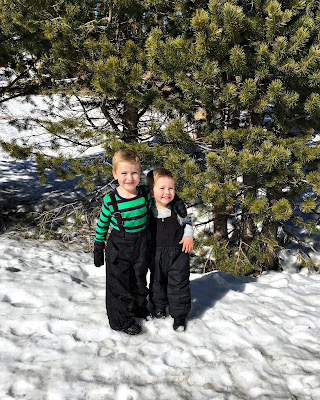 Fast forward to this year where the snow has definitely fallen in abundance. 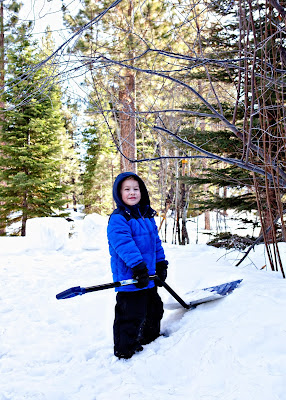 We spent a couple of days at the cabin with Grandma, and these boys simply could not get enough outside time. 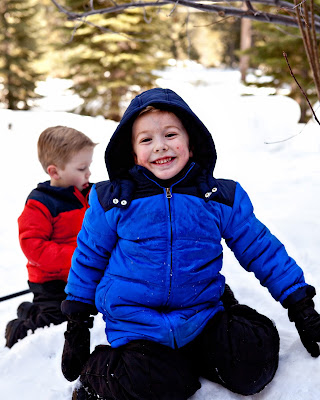 Luke especially loved this 'snow fort' and spent a LOT of time in there.  Not sure if I should be thanking the other Boyces or Ludlows for that one, but to whoever...THANK YOU! 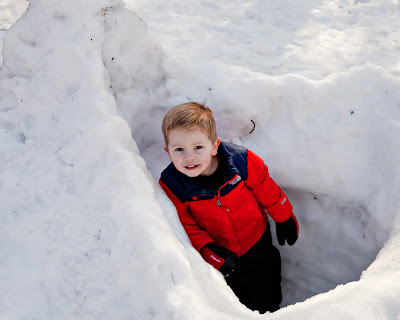 By the second day he had figured how to get himself in and, more importantly, out of there. 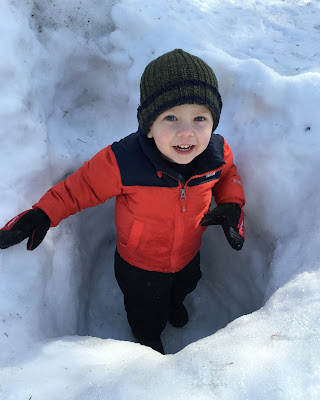 We visited Adventure Mountain again this year to squeeze in some sledding. 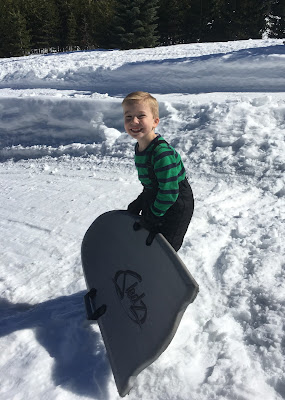 It was a beautiful, bright, sunny day. 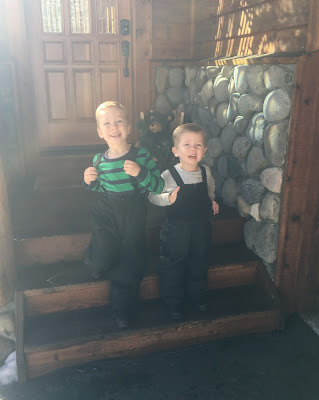 In just a matter of minutes we were peeling off layers of clothes and sweating in the snow.  It was perfect! 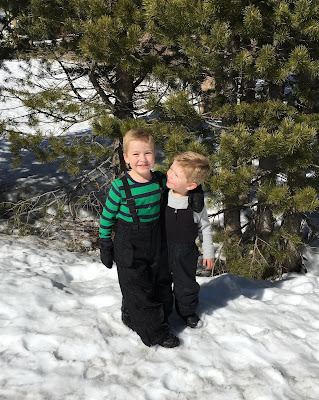 Luke was brave and went down every slope by himself.  But trudging up the hill over and over again was a lot for those three year old legs.  So, he took lots of breaks and sampled lots of snow while resting. 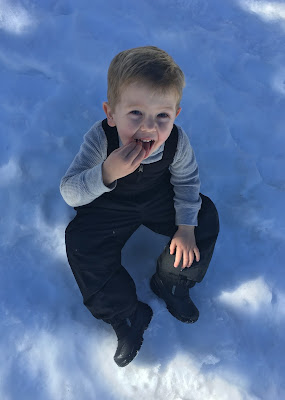 After sledding and lunch back at the cabin, these boys were antsy to gear up and head back outside. 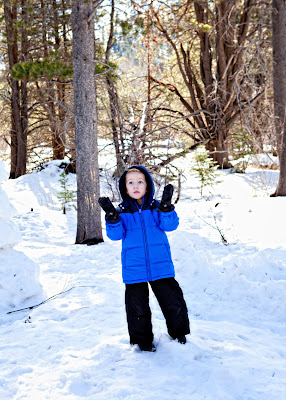 I'm glad I didn't count how many times we put ON and took OFF snow clothes.  It seemed like a constant cycle of doing one or the other.  But the happy smiles and excitement for adventure were sufficient payment for the effort it took. 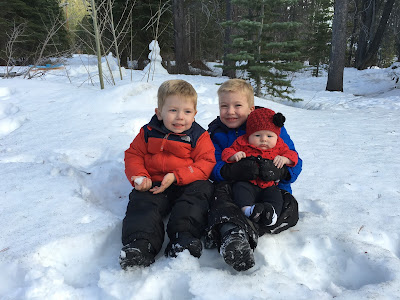 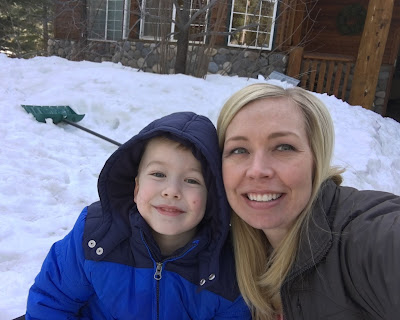 Both boys tried out snowshoeing for the first time. 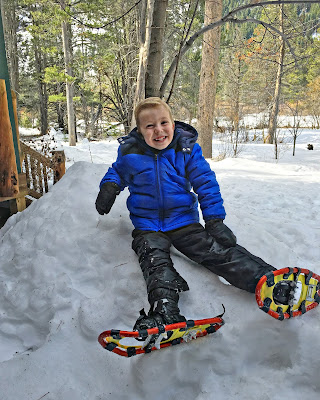 Noah picked up on lifting his feet a little higher to walk and thought snowshoeing was pretty easy.  He and Grandma headed off on a little snowshoe walk into the trees. 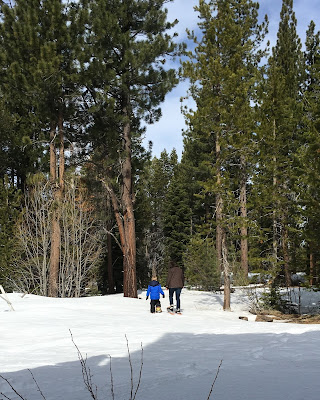 I'm not sure what it is about this picture, but something about it just made Noah look so grown up to me. 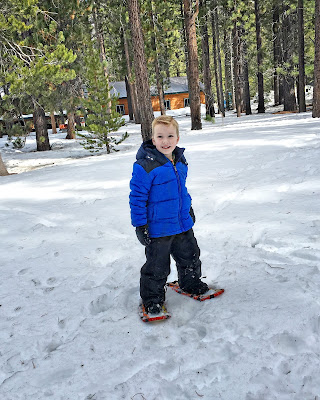 When the sky finally became dark and we were forced inside the boys turned to games and toys.  Countless rounds of Uno and Headbandz were played. 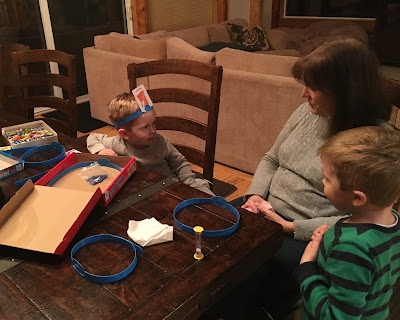 Thank goodness for Grandma who spent lots of time playing and helping my bigger kids so I could give some extra attention to my littlest one. 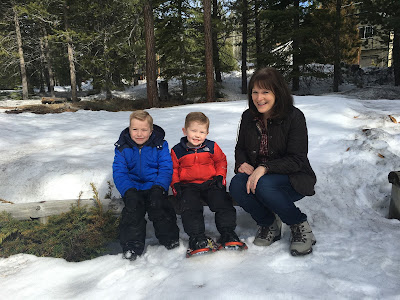 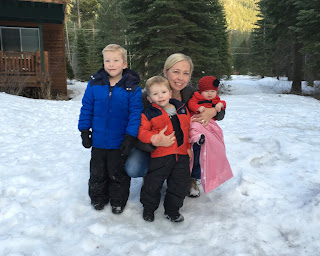 Oh, this has been a bit of a stormy season, both literally and figuratively. Since January I've mostly been parenting on my own while Nate works his heart out.  This time of year is always extra busy for him, and I've become mostly accustomed to it.  But throwing a newborn into the mix this time of year, even though I've done it twice before, has felt a bit like a blizzard sometimes.  It has been both beautiful with my sweet boys and their new sister and wicked, particularly in the lack of sleep department.  But at the end of it all I'm grateful.  Grateful that we are a family, grateful for Grandma's invitation to get away from responsibility and just play, and grateful that this season of extreme exhaustion is due to three of the greatest joys ever.