I When Leah was born Nate was able to take the whole week off.  I don't know who was more excited: Noah and Luke or me.  Having the help I needed to adequately love and manage our family was awesome, but, even more, I loved that there was plenty of time dedicated to the boys.  We had talked at length in the weeks leading up to Leah's arrival that we wanted to give all of our energy possible to making sure no one felt displaced with a new baby in the family.  I think the amount of time Nate was able to spend with the boys in that first week really made a difference for Noah and Luke to understand that there was still plenty of time for them.

It had been a year since Nate and the boys visited the train museum. 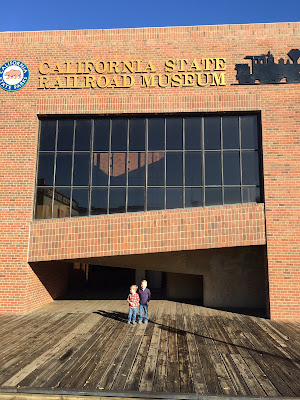 They had added a few engines since then, including an example of what that horribly expensive California bullet train will look like. 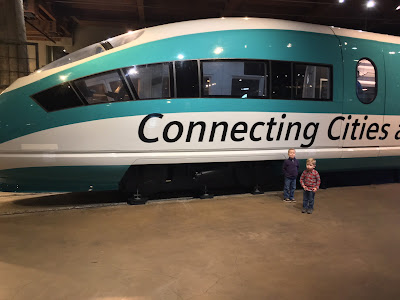 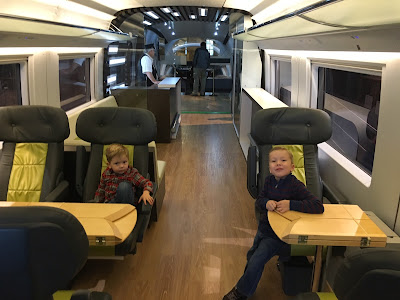 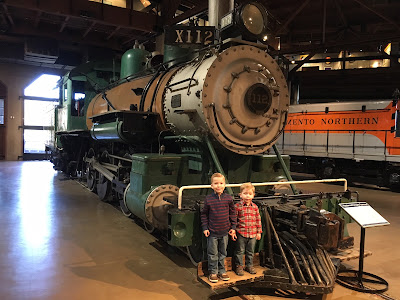 When the weather was good, they all went on bike rides.  This one was just a Noah and Nate ride when they rode over by the high school and went in the dirt.  Riding on dirt trails is a very big deal to Noah. 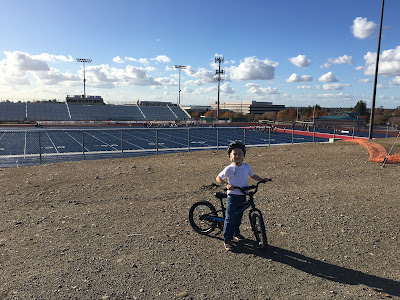 Grandpa was heading up to the cabin for the day to take care of some things and invited Nate and the boys to join him.  These happy 'snow men' were so excited to get up there to play. 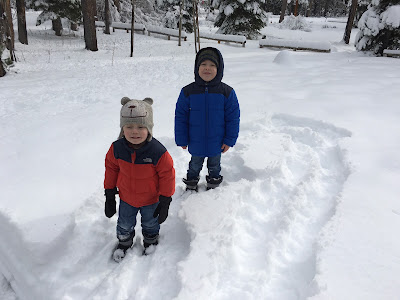 We aren't at the cabin much during the winter months, but this was the most snow we've seen in a couple of years up there. 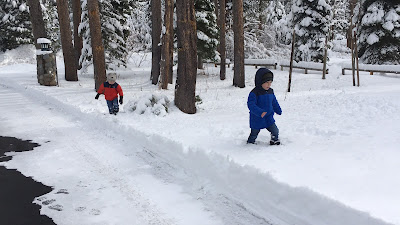 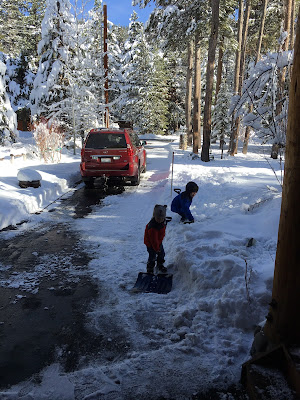 Nate and the boys also managed to squeeze in a trip to the movie theater to see The Good Dinosaur.  In addition to the bigger outings, there was lots of book reading, Lego building and wrestling with Dad that went on.  It all contributed to such a strong feeling of love in our home.
Posted by Dianna at 3:55 PM