Turns out I did a sub par job photographing Christmas this year.  It's just such a fun (and busy) day that it's hard to pick up the camera amid all of the joyous distraction. Regardless, we do have a few pictures from the holly, jolly day.

I was in the kitchen when Noah emerged from his room.  His first words, without even looking to his left into the family room were, "Oh, man! Santa didn't even come!  Where are the presents?"  All it took was a pointing finger to show him that Mr. Claus had indeed stopped by, and his excitement was through the roof.  He woke up Luke and the present opening commenced. 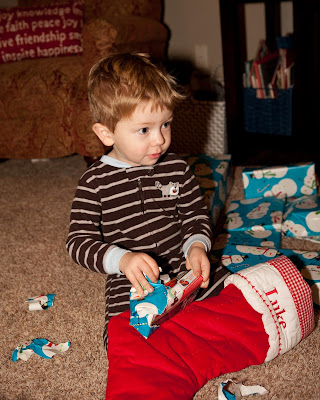 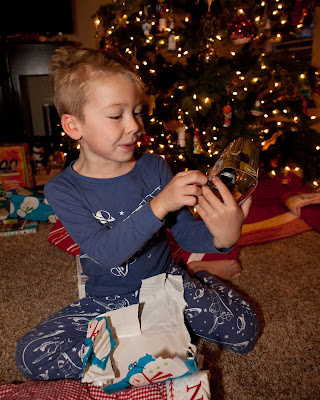 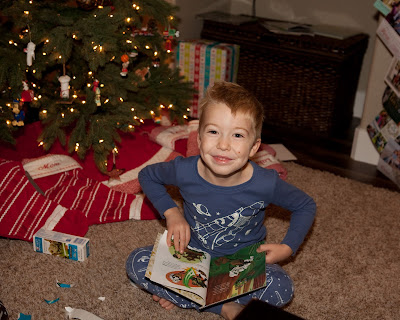 Santa obviously read the boys' letters because he delivered the exact Paw Patrol trucks they had asked for. 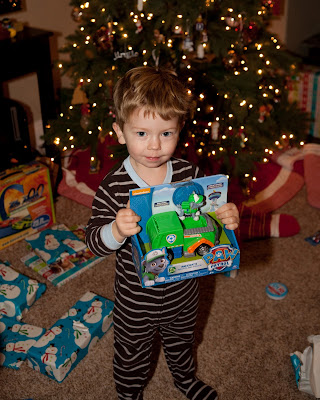 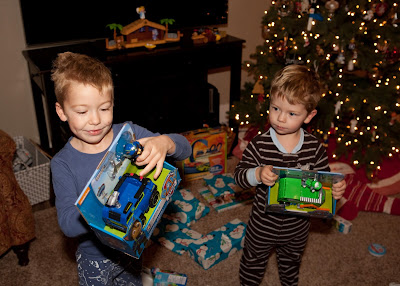 Santa also set up a Blu Track for the boys.  They've had fun racing cars and making loops with this very long track. 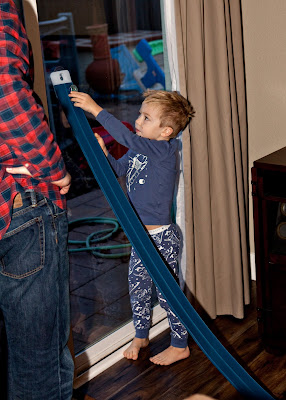 Leah will one day love her doll, I'm sure. 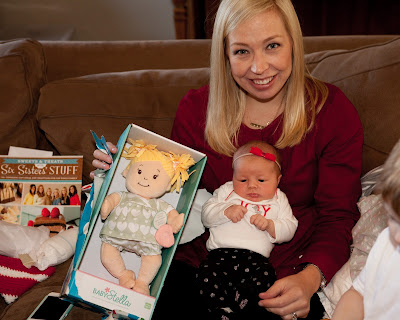 For now, it's about the same size as her. 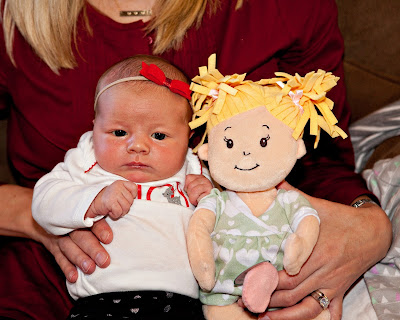 After breakfast with Gram and Nana we headed off to Grandma and Grandpa's house for the rest of the day.  The boys were beyond excited for the superhero capes Grandma made. 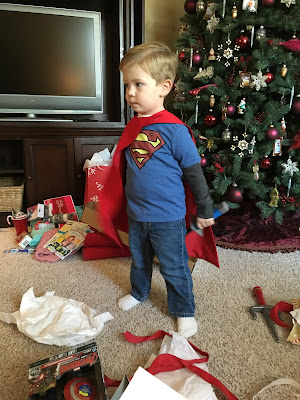 She bought corresponding shirts for Captain America (Noah), Superman (Luke) and Batman (Brennan).  I think Noah and Luke have put on those capes almost daily since Christmas to 'save the day' as they're playing. 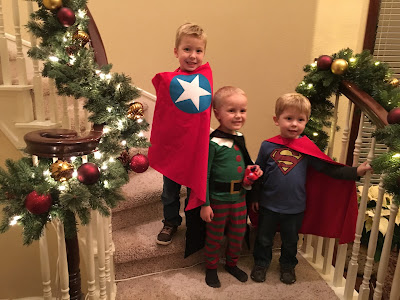 I think one of my most favorite things was getting to meet baby Charlie, our newest nephew. 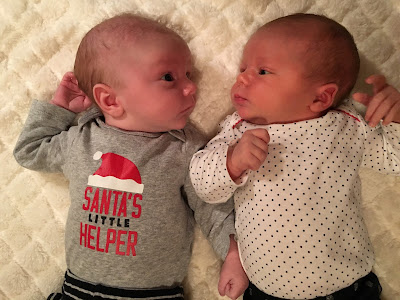 Becky and Terry had arrived the day before, and oh, were we antsy to see this little guy!  He's just ten days older than Leah, and I just loved seeing another cousin in the same stage as my little one. 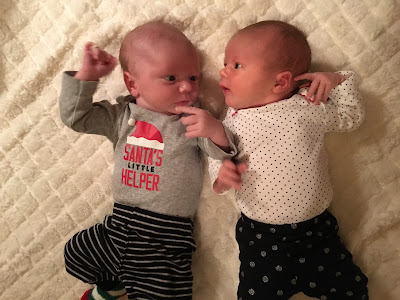 Sparsely photographed, but still a wonderful day!  I'm so thankful that the holidays bring our families together to make memories.