Our second trip to Manresa State Beach may just go down as the best beach day yet for this little family.  The weather was beautiful, the waves were perfect, and there was just so much fun to be had. 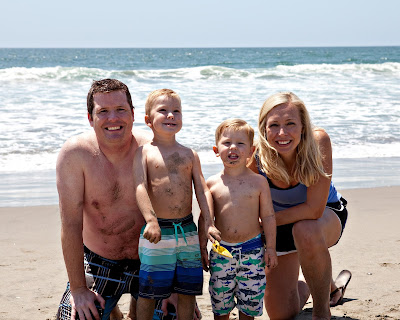 Minutes after arriving Noah and Luke were covered in sand.  They couldn't wait to start digging and playing. 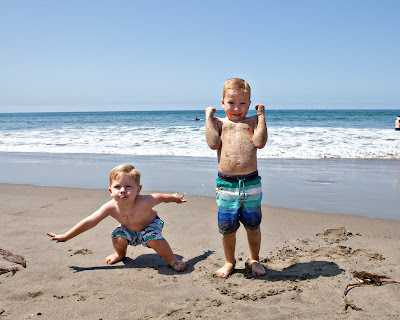 They were quite the sand babies, especially Luke who was sporting his own little sand beard for most of the day. 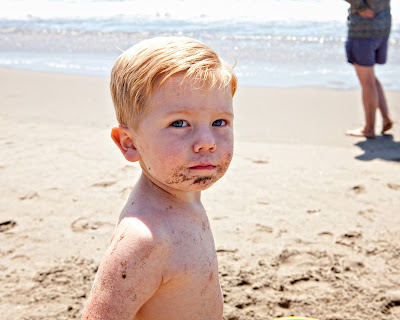 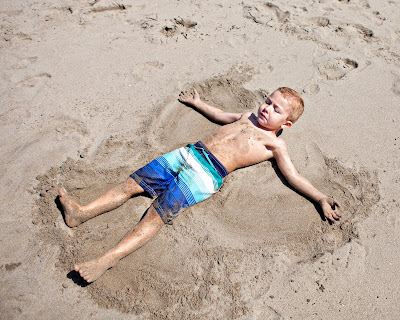 That sand angel prompted him to start burying himself in the sand. 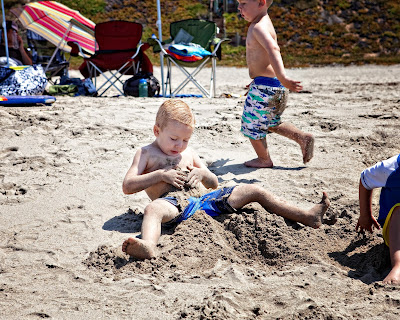 But he soon realized this was not a one kid job and some additional sand diggers were needed. 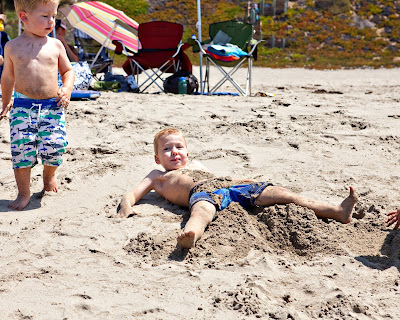 So, he called on Grandpa, and Grandpa sure came through with the burying. 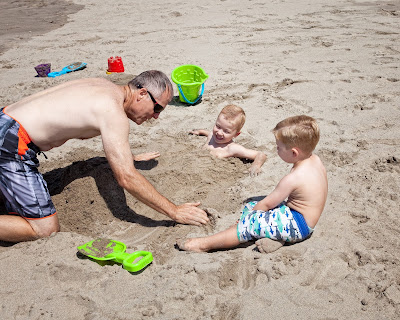 This boy was all smiles and laughter through the whole thing. 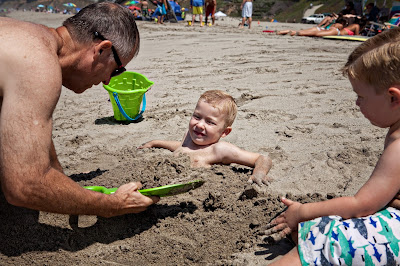 He was also very particular about making sure none of his skin was exposed and that he was completely buried.  When the job was completed to his satisfaction, Noah had no interest in moving.  He just hung out with his 'sand blanket' as he called it for a while and continued smiling and laughing. 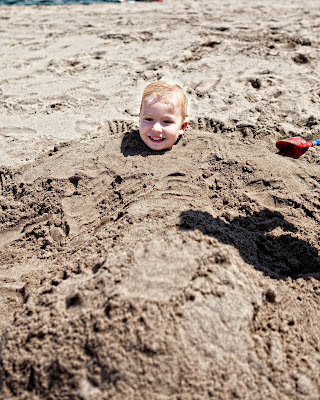 Eventually he did decide to unearth himself and headed into the ocean with Nate. 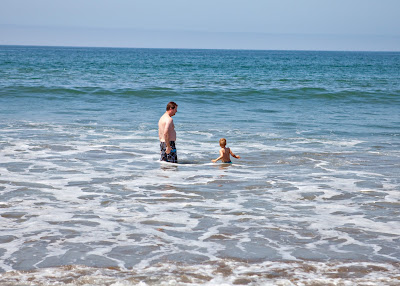 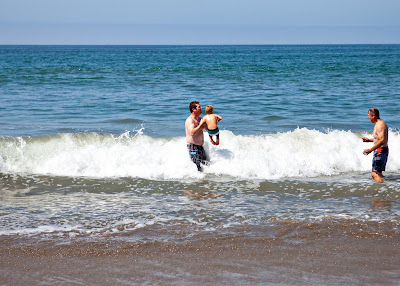 But then, as would be expected, he was back to working in the sand in no time. :-) 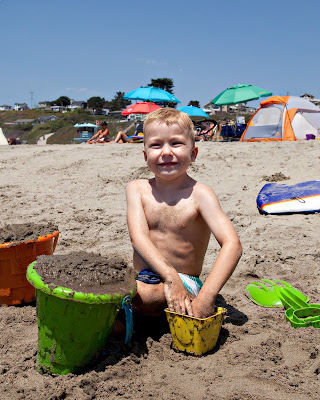 All of the men in the family took advantage of the perfect waves and spent a lot of time in the ocean. 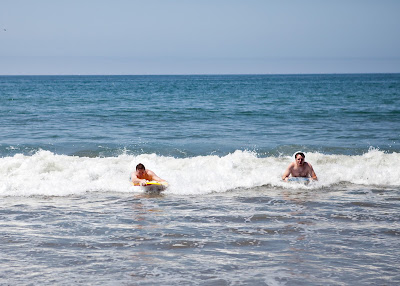 Nate did take a break for a little while to fly the kite another time. 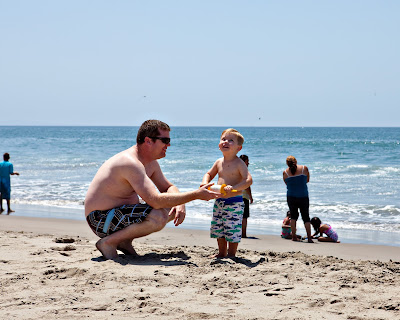 Luke tried out his boarding skills on land first. 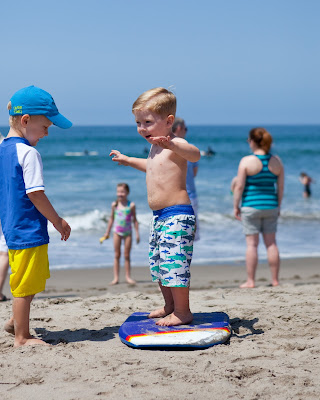 And then with Nate's help, he caught a tiny wave and rode it in. 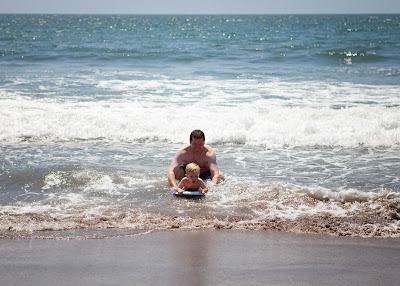 I was proud of that little two year old for giving all of it a try in the cold ocean.

These happy kids and their happy faces sum up the day. It was just perfect in every way! 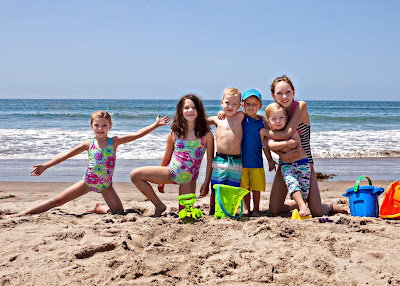 I love Luke's surfing pose! It looks like the perfect day indeed!