On Monday the boys and I headed up to Apple Hill with Grandma Shauna and Grandma Pebley. 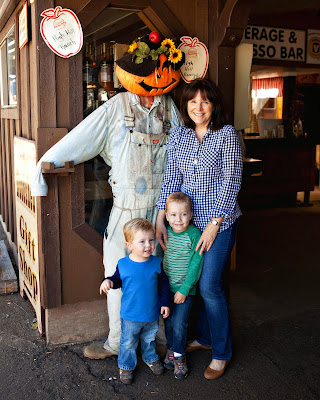 We didn't have much of an agenda for the morning, but when the discussion turned to apple cider donuts I  knew we'd have to first stop at Rainbow Orchards.  If you're going to get a donut it should be a piping hot, fresh out of the fryer, covered in sugar one for sure. 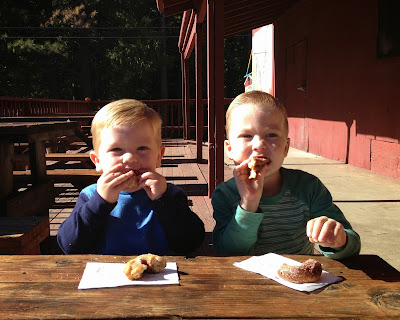 Noah remembered the big cider press they have from last year, so we peeked into the window to watch it work.  Luke spent most of his time with the pumpkins and apples.  And thank goodness, because he let me catch this cute picture which I think is one of my all time favorites. 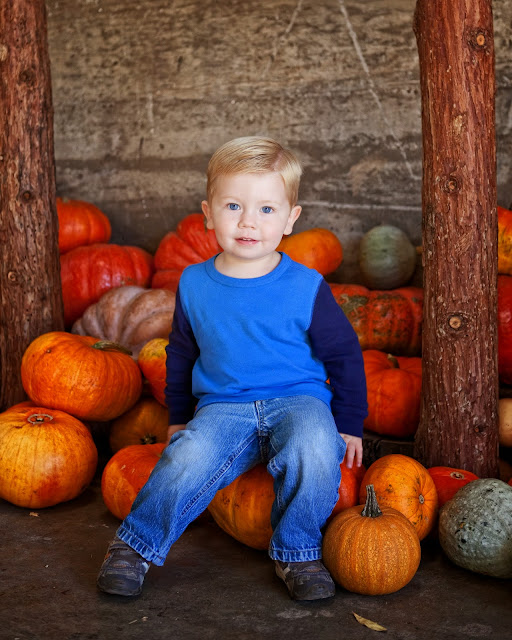 Now if only he could convince his big brother that LOOKING at the camera is sometimes o.k. 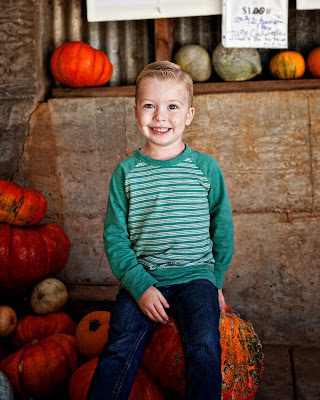 How guilty does Luke look in this picture? 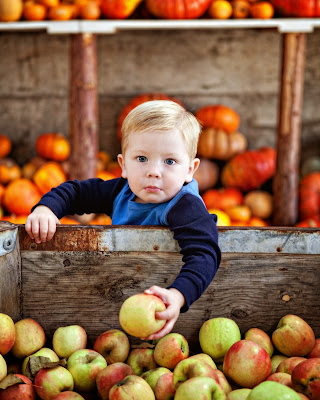 There was so much to see and touch which suited his immense curiosity just fine.

We made just two other stops: one at High Hill and the other at Abel's Apple Acres. 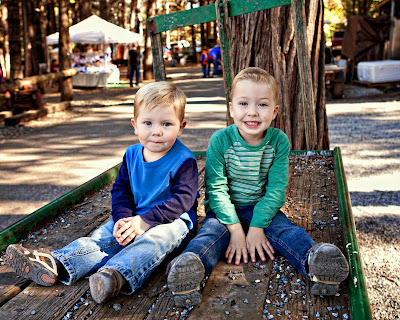 Just being there with my boys and two of my favorite ladies was enough.  I didn't care too much about how much we saw or where we went.  As long as we were in great company and could find some sweet apple treats along the way, it was a perfect day.

It's tradition to take pictures at Abel's tree.  Measuring height when standing on the slope of a hill doesn't seem terribly accurate to me, but it's making for a reasonably cute annual picture. 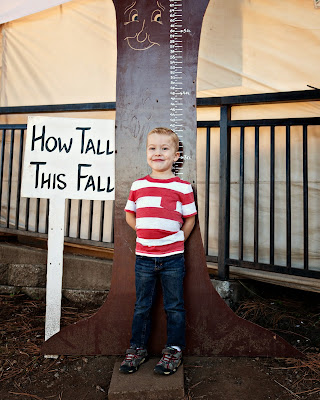 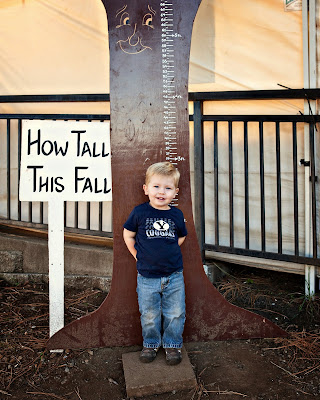 And we have a picture of Noah in this school bus every year that he's gone. 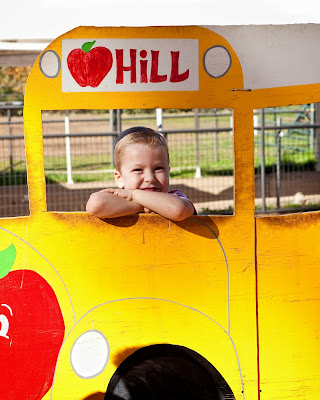 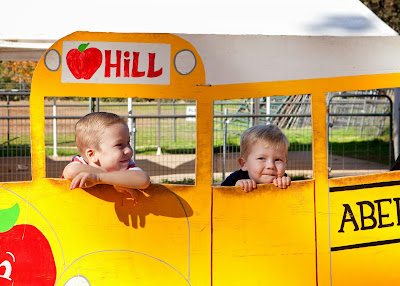 After a slice of my most favorite buttermilk apple pie it was time to head for home.  In about a week we'll be making the drive again with my family.  I can't wait for another round of apple goodness and more memories made!