By far one of my most favorite things from this trip was Noah's interaction with the characters.  He literally jumped into the laps of every one that he met.  He flapped his arms with excitement and could hardly contain himself when it was finally his turn.

Luke was a little different story.  I wish I could have known what his thought process was about the whole thing.  Any time he got a chance to meet a character his first response was a resolute, "Nooooo!"  But if we would hold him and then take him over, Luke was fine and actually loved it.  He still talks about meeting 'Queen,' 'Meekee,' and 'Woodeee,' so I think he liked it.

Luke was actually the first one to meet a character.  While Noah, Grandma and Nate were riding Radiator Springs Racers, Red the Fire Truck parked and started taking pictures with people. 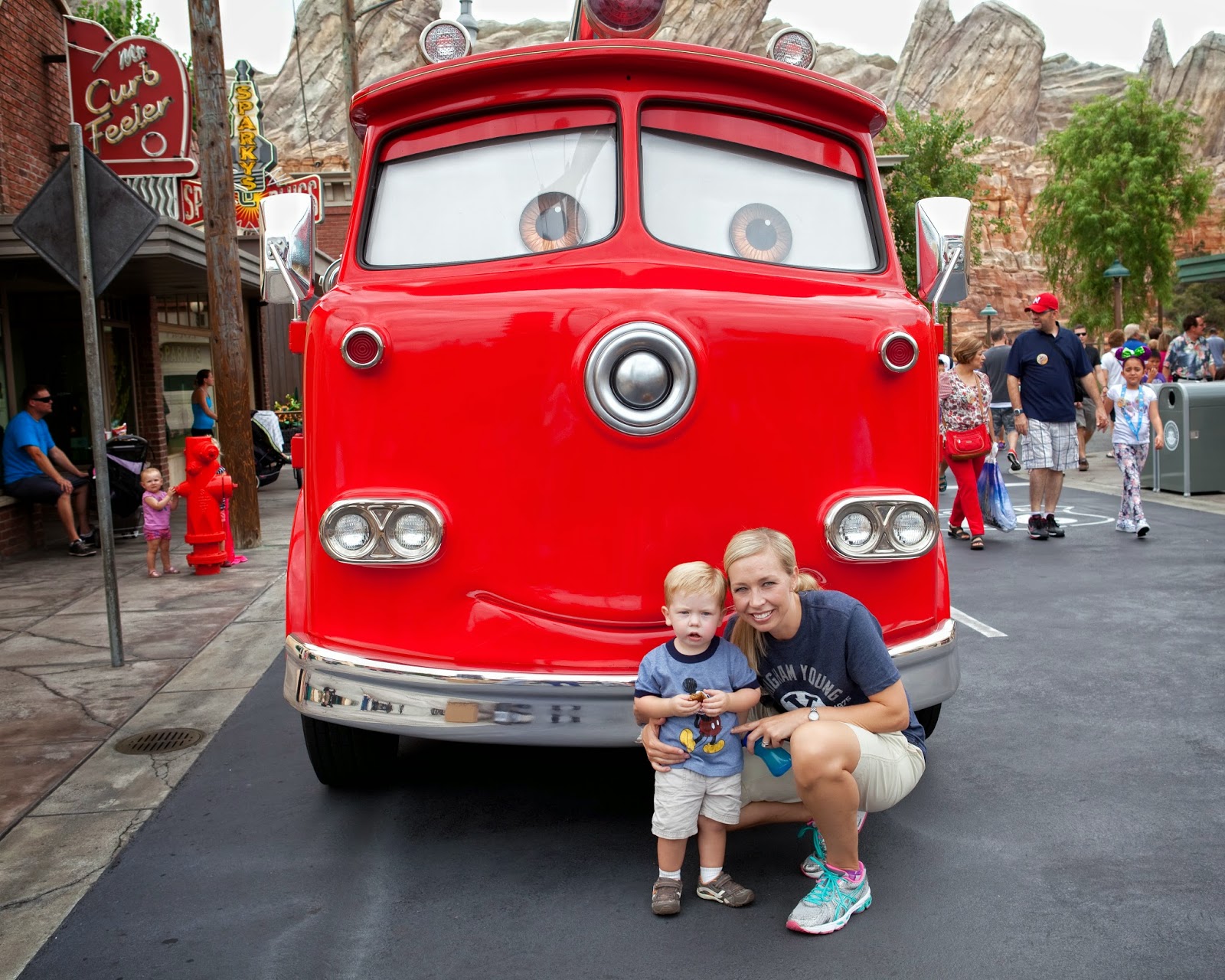 Luke was really curious (we have the toy at home) to see Red so big.  And the staff was really sweet to give Luke his own little moment to check it all out. 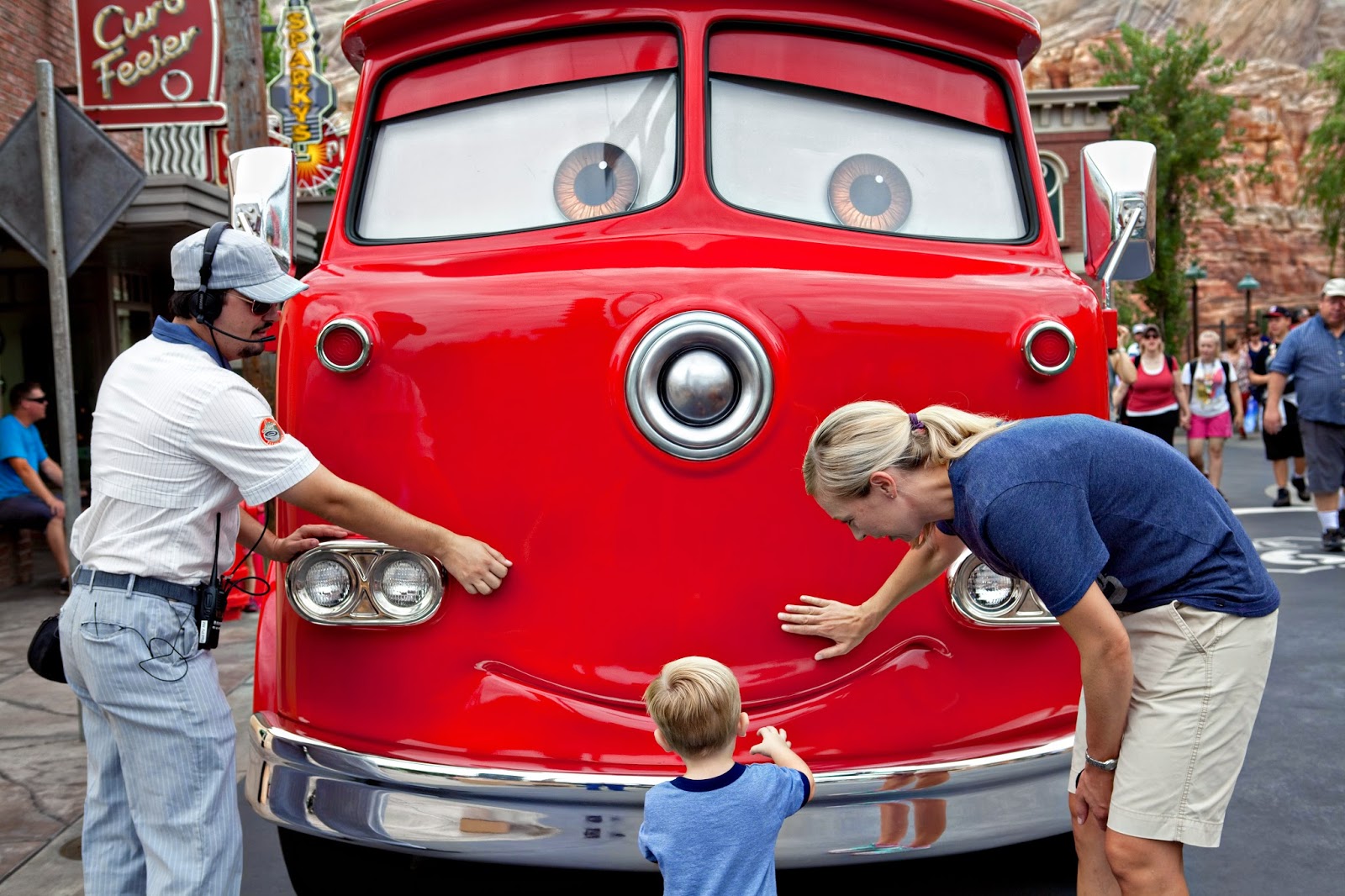 When the others finished the ride, we took a picture with everyone. 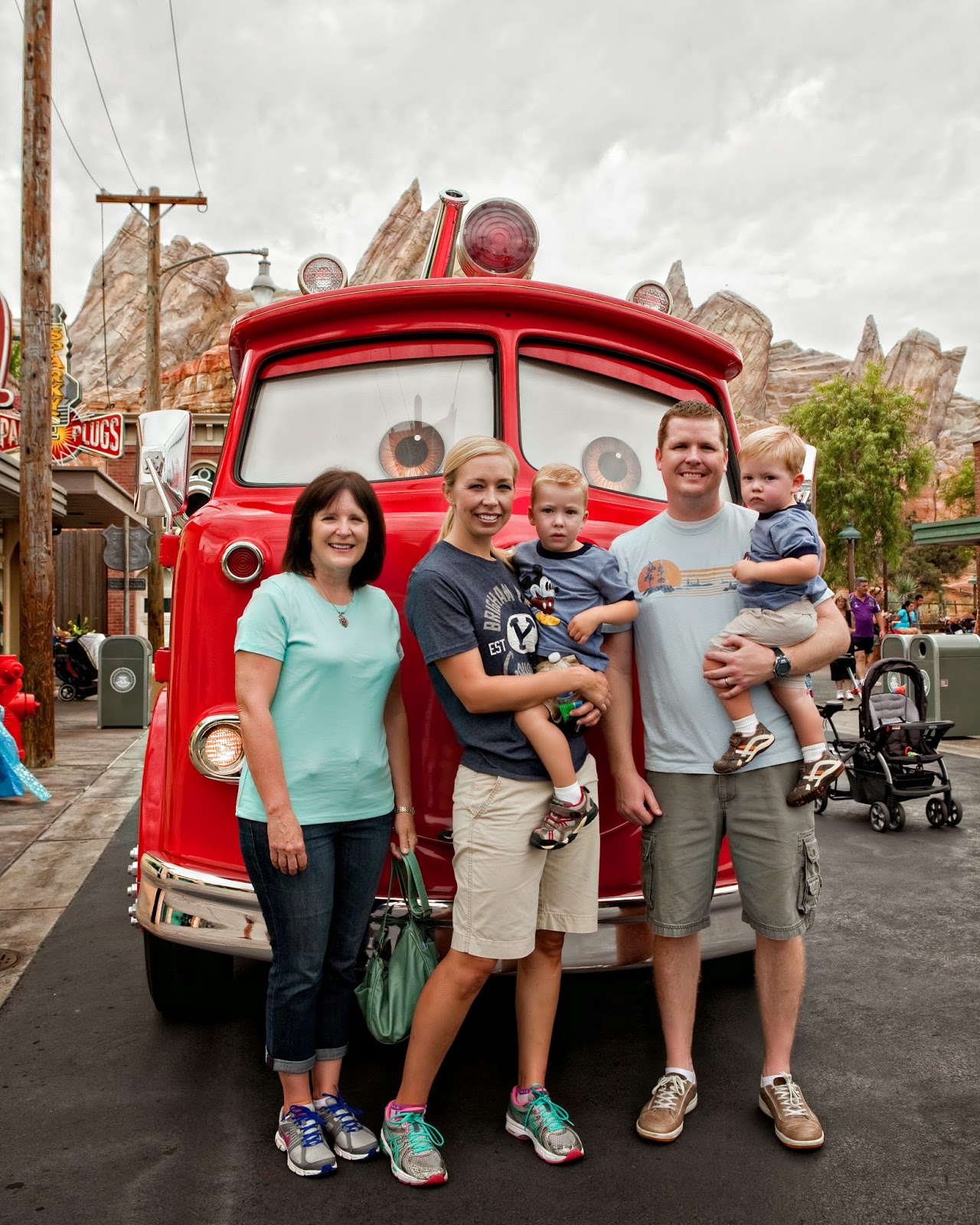 We also caught up with Mater while in Cars Land.  Noah could not have been happier.  This is one of my favorite pictures from the trip. 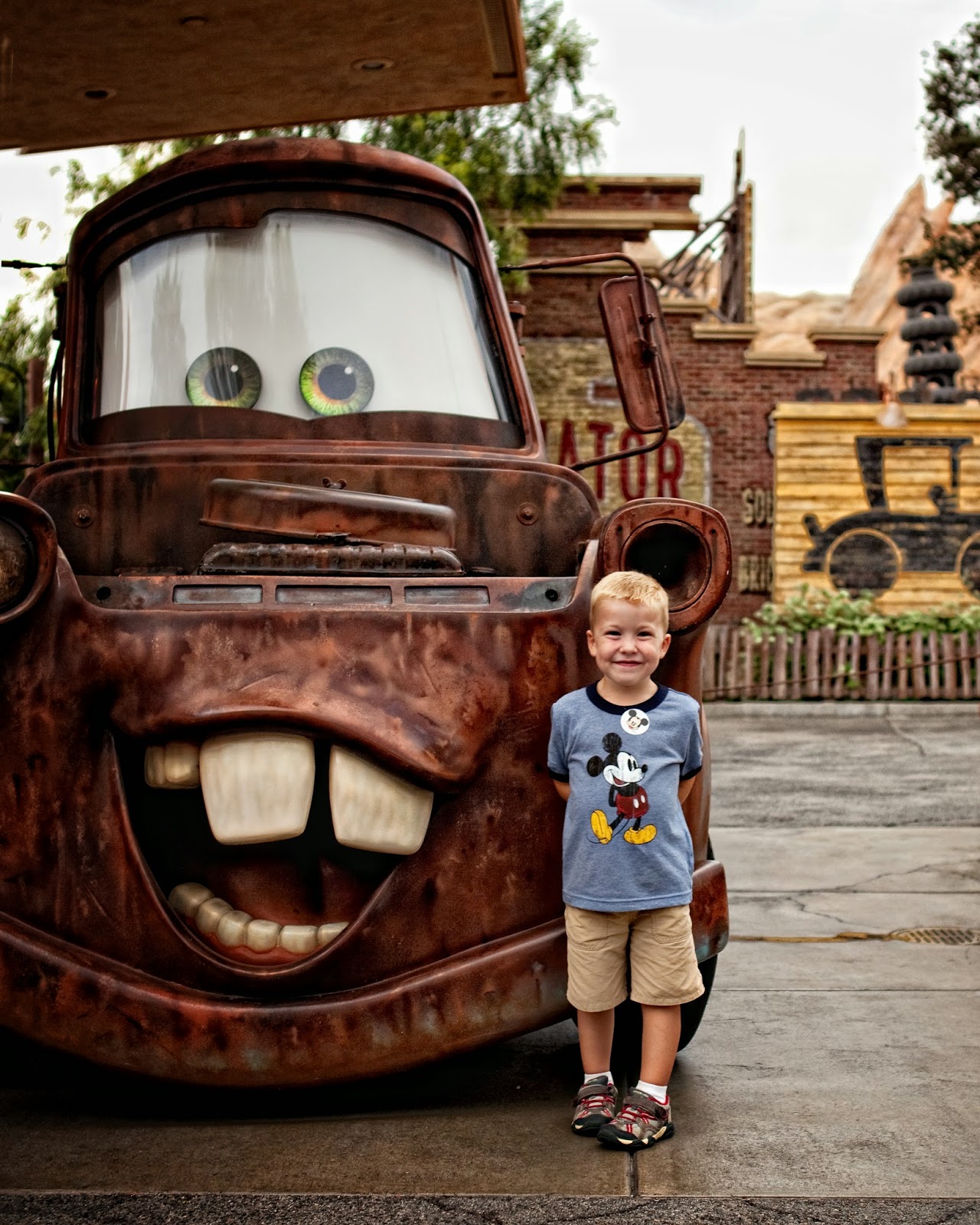 I already shared Noah meeting Doug, but this is another cute one.  Noah was all laughs, and we were all smiles watching him. 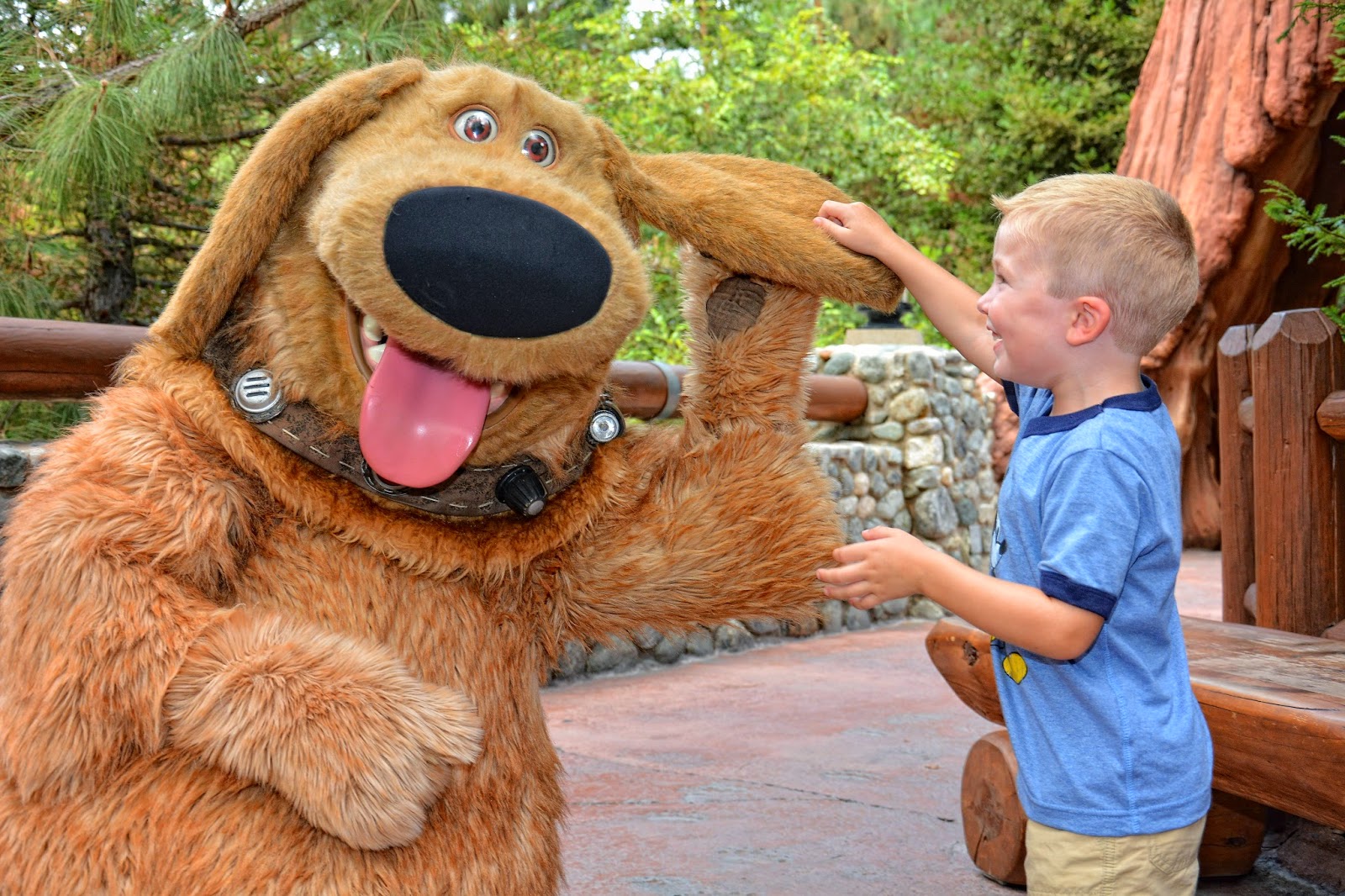 We were in line to meet Buzz, but Buzz's shift must have been done.  He was good enough to give high fives to all the kids waiting in line, but that wasn't good enough for Noah.  He jumped out of line and snuck in a hug too. 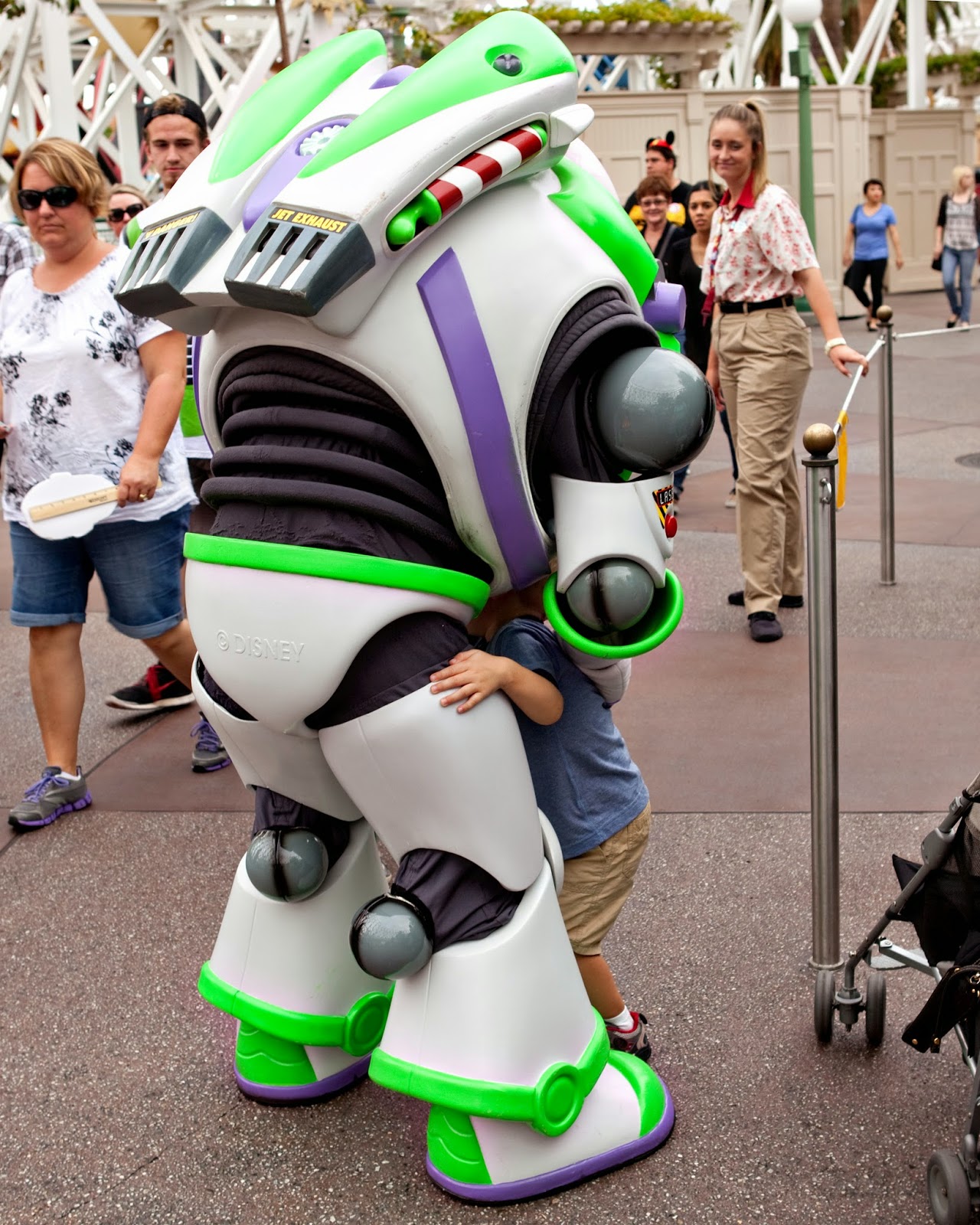 Woody replaced Buzz, which was just as good. 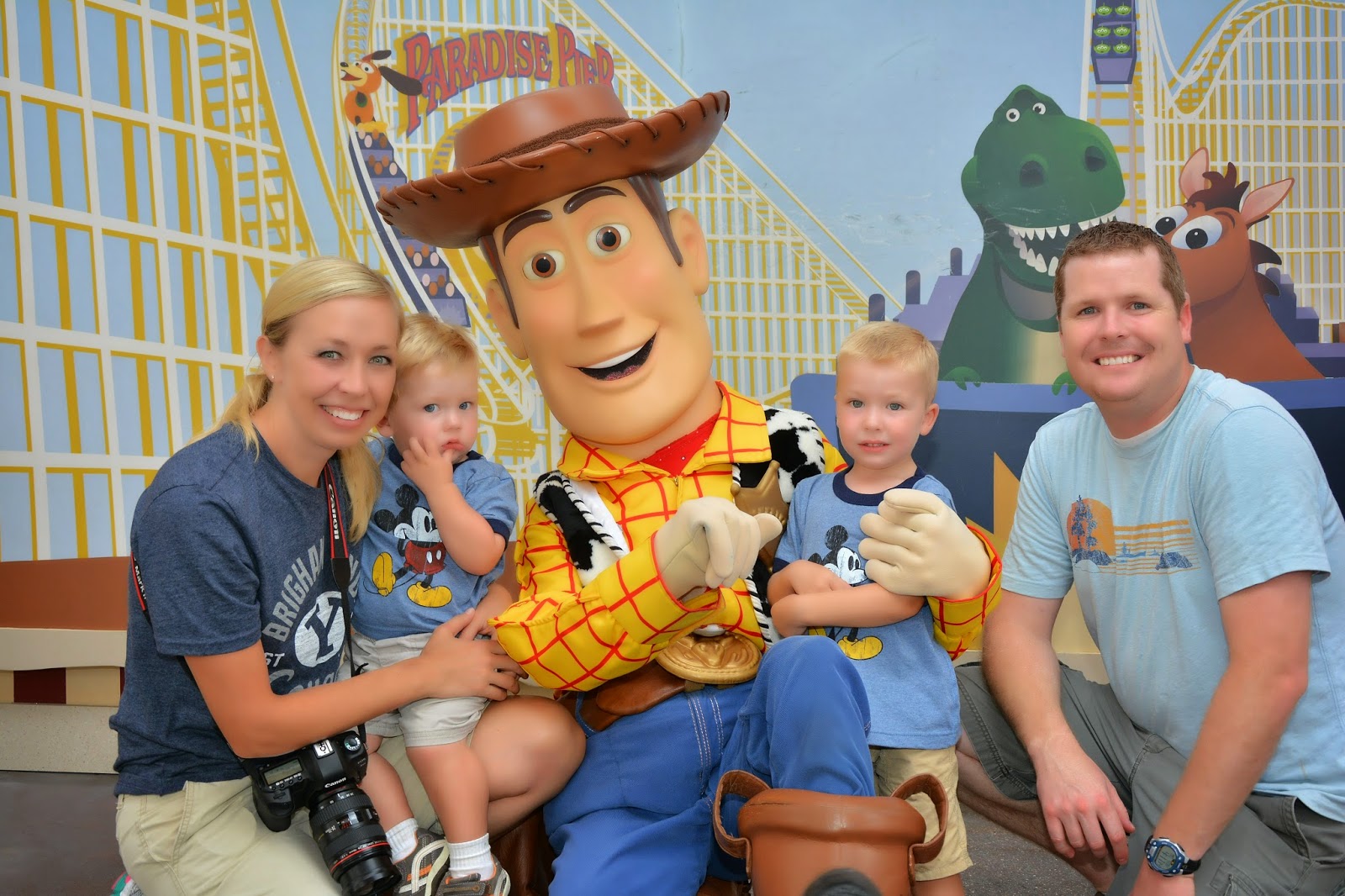 That Woody.  I sure love him for the memory he gave all of us as he interacted with Noah.
They started with high fives, 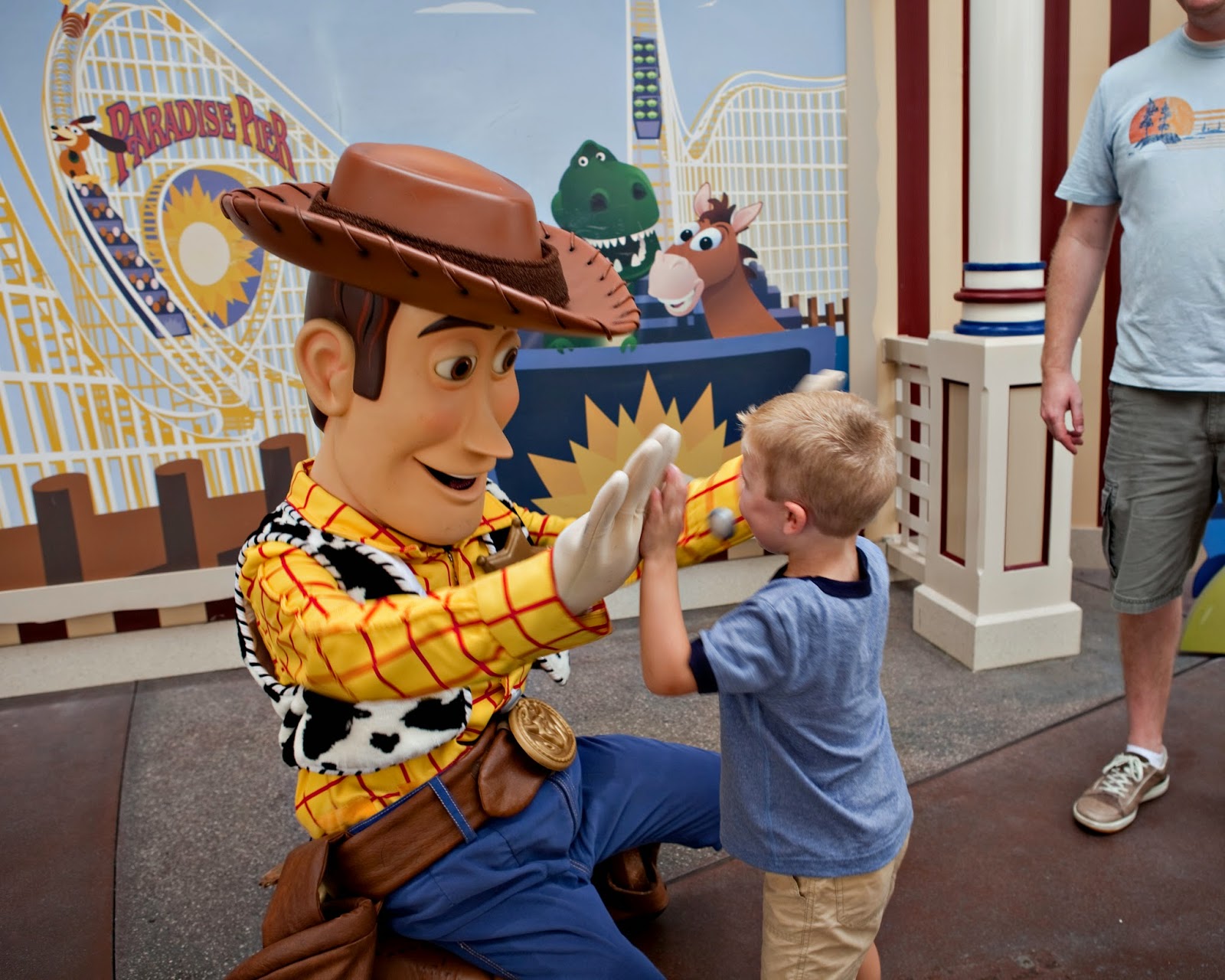 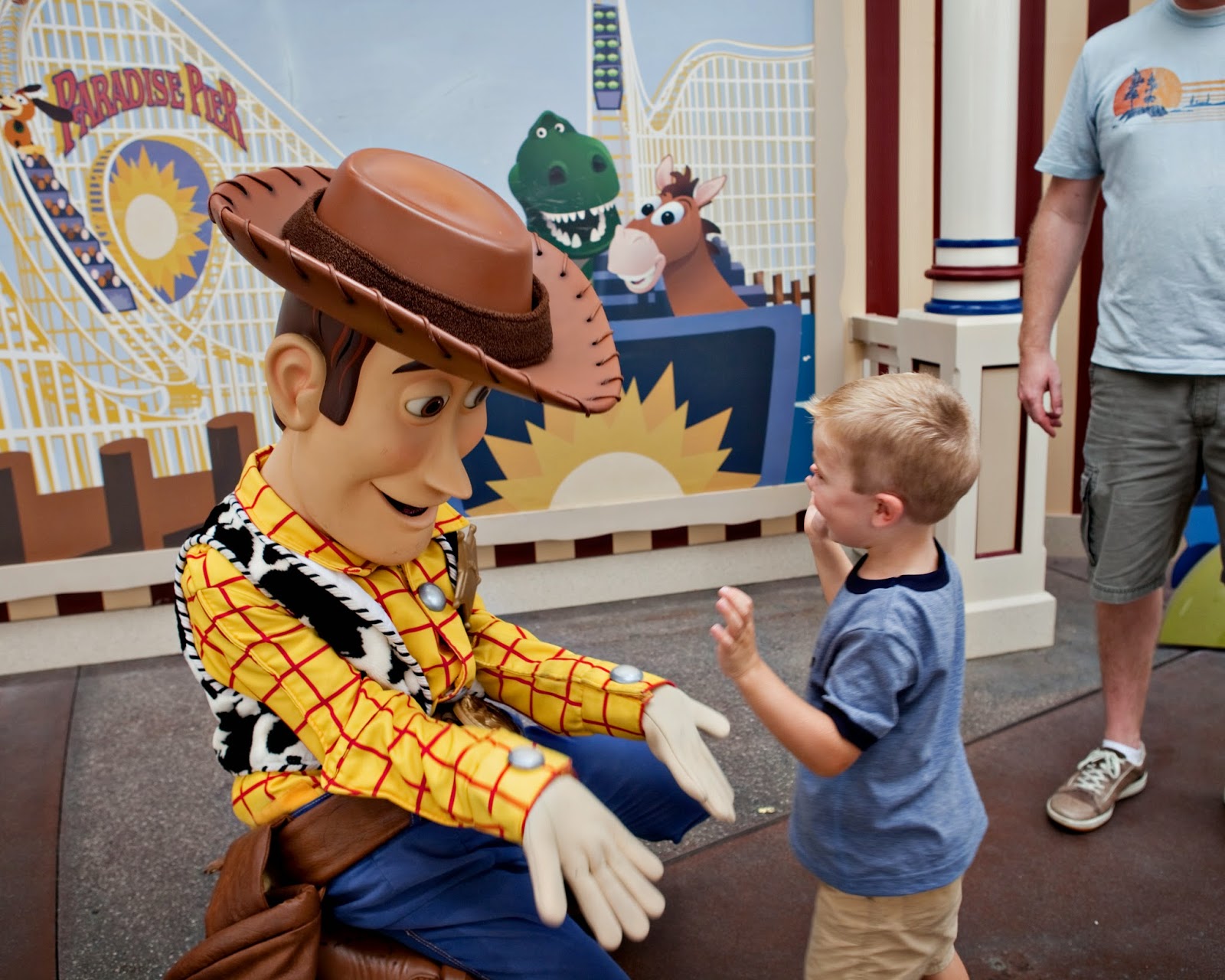 behind the back fives, 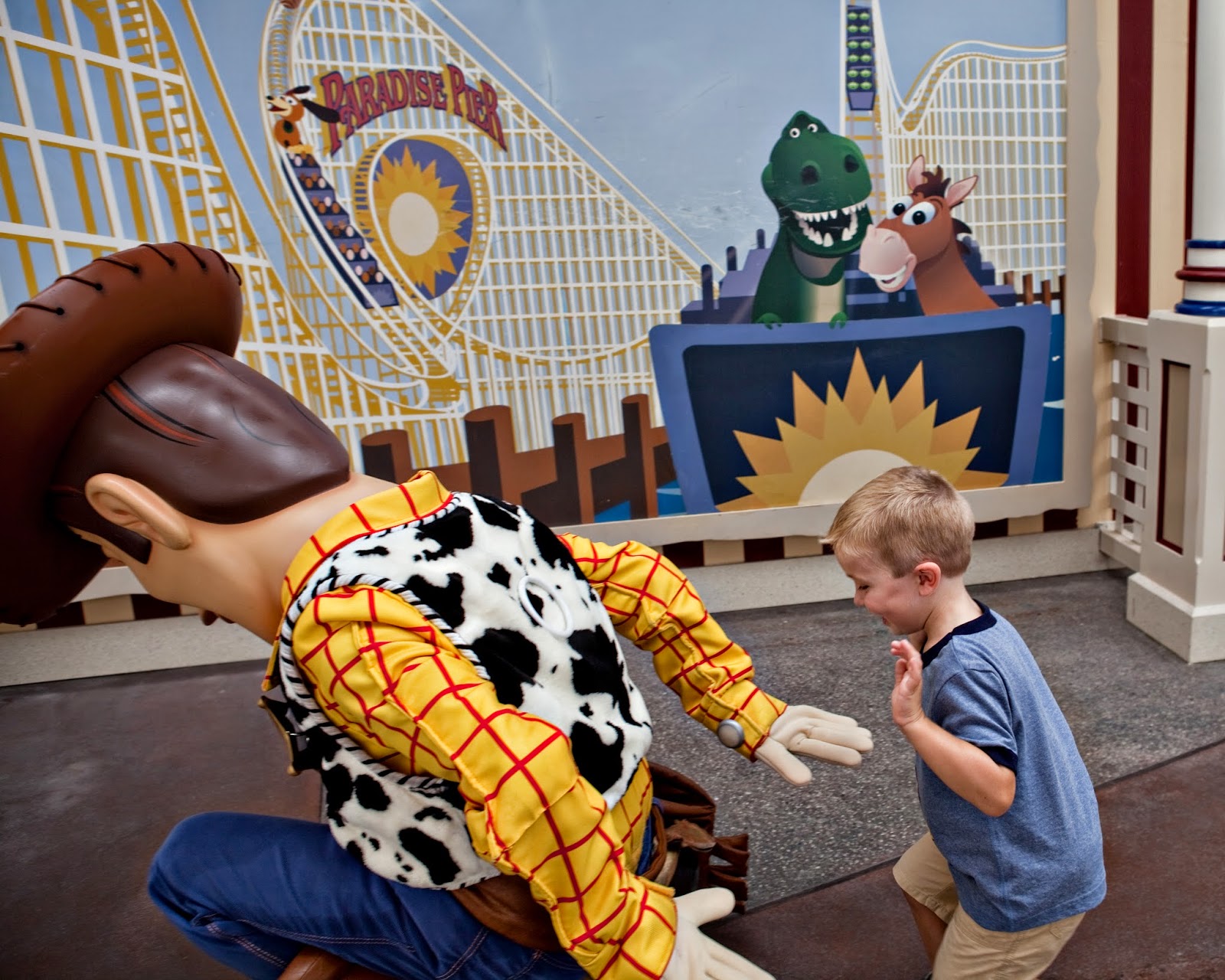 through the leg fives, 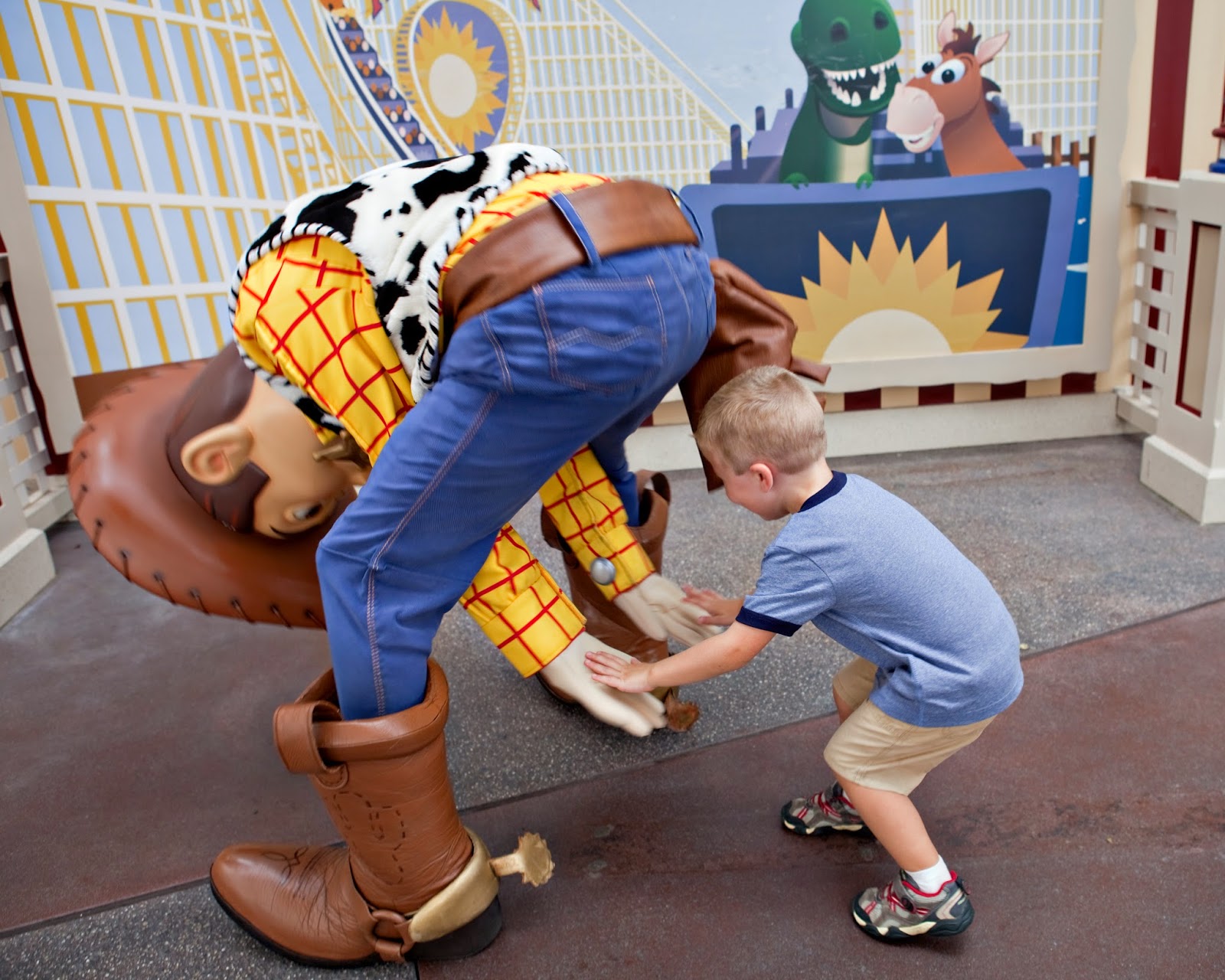 and finished it all with a hug. 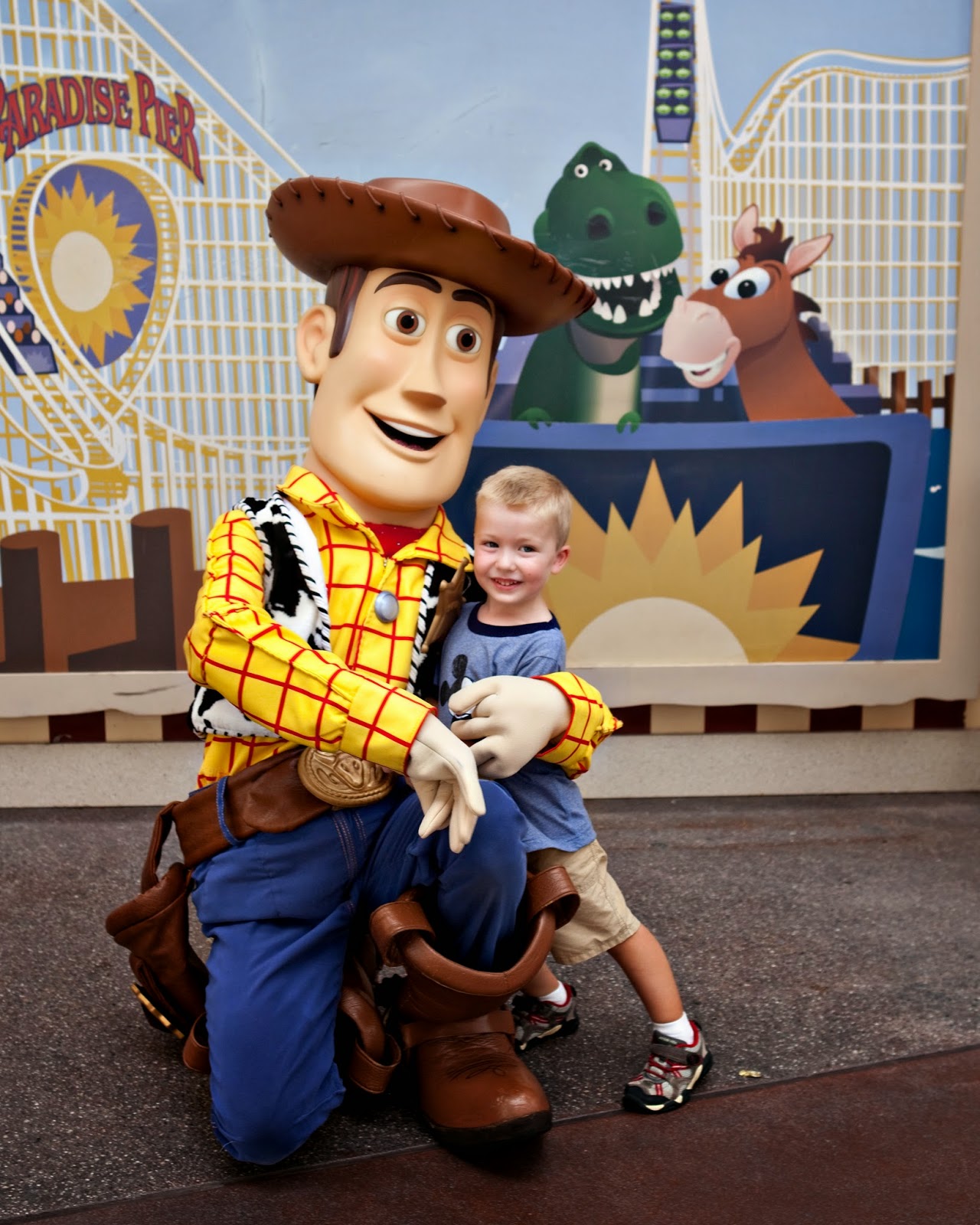 Noah giggled through the whole thing and couldn't have loved it more.
Posted by Dianna at 9:47 PM