Thoughts on Blogging and Tahoe

This little blog has about ten years of family history.  I've been determined to capture and journal our memories.  Right now I feel like I'm on the cusp of letting it all go.  There's a lot to catch up on, and there's so much coming that's worthy of journaling.  That alone that feels stressful!  But life lately has been extra stressful and demanding and exhausting, and somewhere in all of that I've put blogging at the bottom of the priority list.

I don't know if catching up on all of it is going to happen.  It certainly won't be as detailed, and for the first time ever pictures are going in unedited, but at least it will be documented.

Here it goes...starting with Tahoe.

Selling our house, searching for another one, packing and preparing to move -- it all occupied a huge chunk of the summer.  A week before the move we took of for Tahoe, and it was just what we needed before taking on such a big challenge.

Before arriving at the cabin we made a list as a family of all of the things we wanted to do in Tahoe.  It was awesome that by the end of our time there we checked off everything on that lengthy list.

At the top of the list was some beach time, which all of us love! 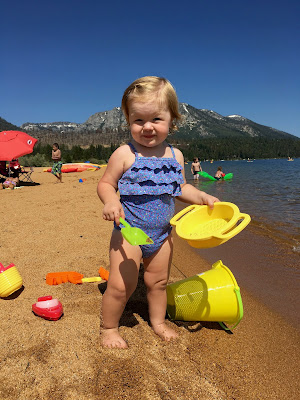 Leah loved the sand, but wasn't so sure about the water.  I can't blame her though.  It was like bathing in freshly melted snow, and that's never a good idea if you ask me! 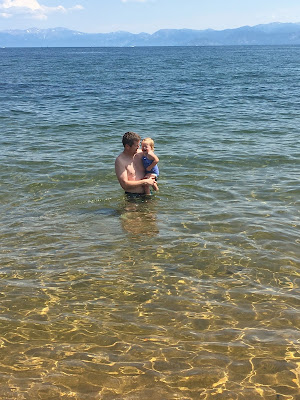 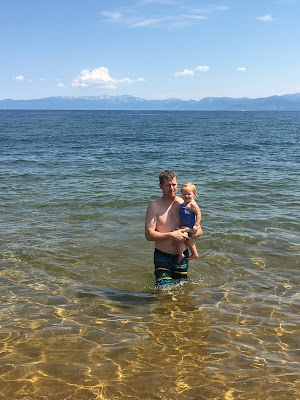 The boys were a little more brave and even talked me into giving the water a try.  But it wasn't long before I was back on the shore right next to my girl building sandcastles. 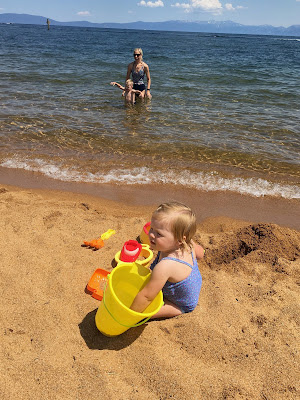 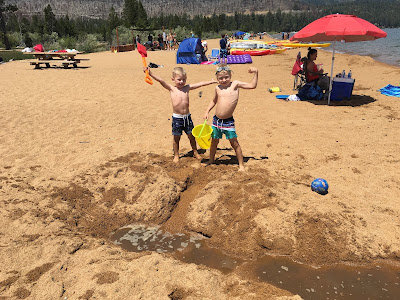 I caught these boys having the silliest conversation:

Noah: Don't worry, Mom, we're not digging for gold, we're just searching for artifacts.
Luke: Hey Noah, this is what our ancestors did.  We're like Vikings!  They were great diggers, right? 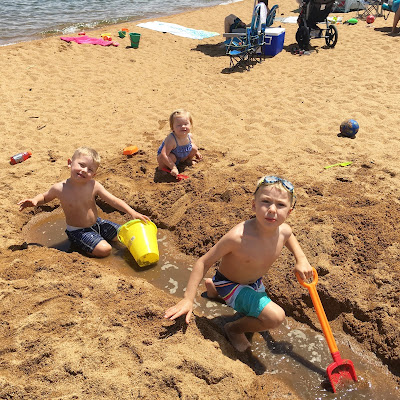 I love the creativity combined with occasional nerdyness that these boys display sometimes.