On Saturday we had our pancake breakfast with Santa at church.  Weeks ago Noah started saying, "When I see Santa at church I'm going to tell him I want..."  It caught me off guard a little bit the first time. Seeing Santa at church? He has such a good memory from doing this the year before. 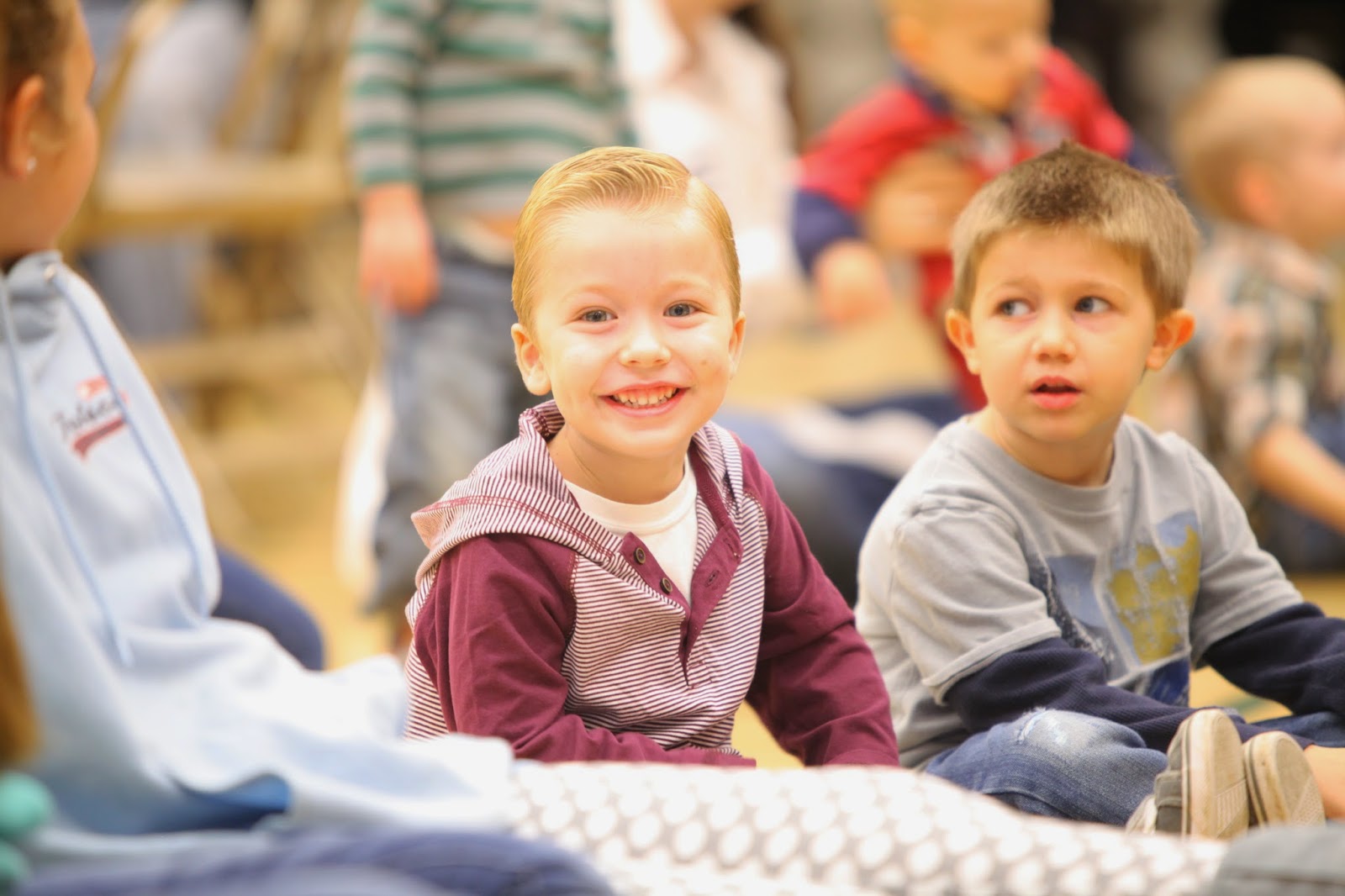 Luke thinks he's four too and couldn't be happier being buddies with Noah's friends. 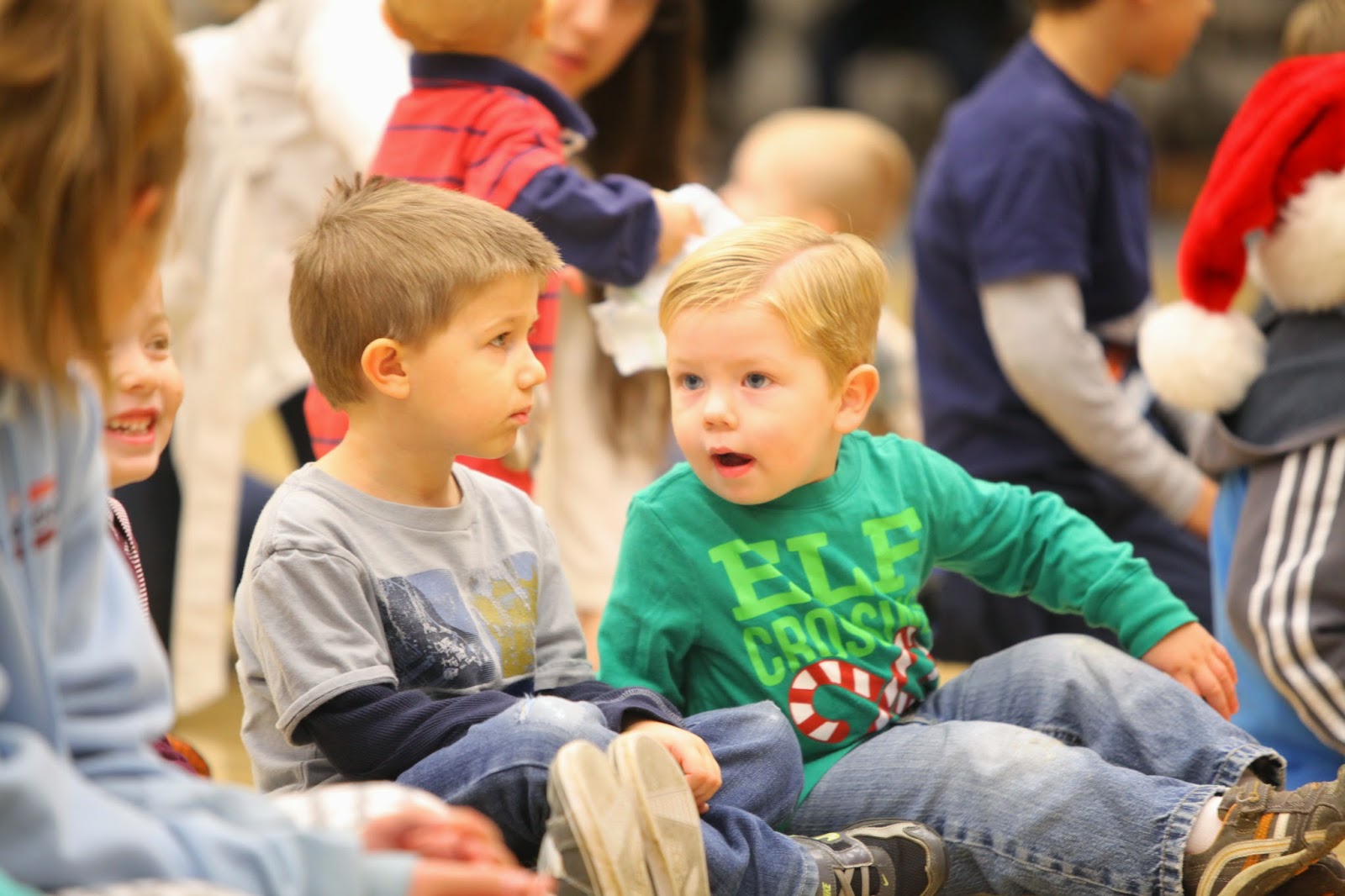 Noah and Gwen.  They are joy school buddies and so sweet to each other.  I was proud of Noah for going up to sing with the Primary kids.  For some reason doing that is totally out of his comfort zone.  His mouth didn't move the whole time through those Christmas songs, but standing up there is a good start. 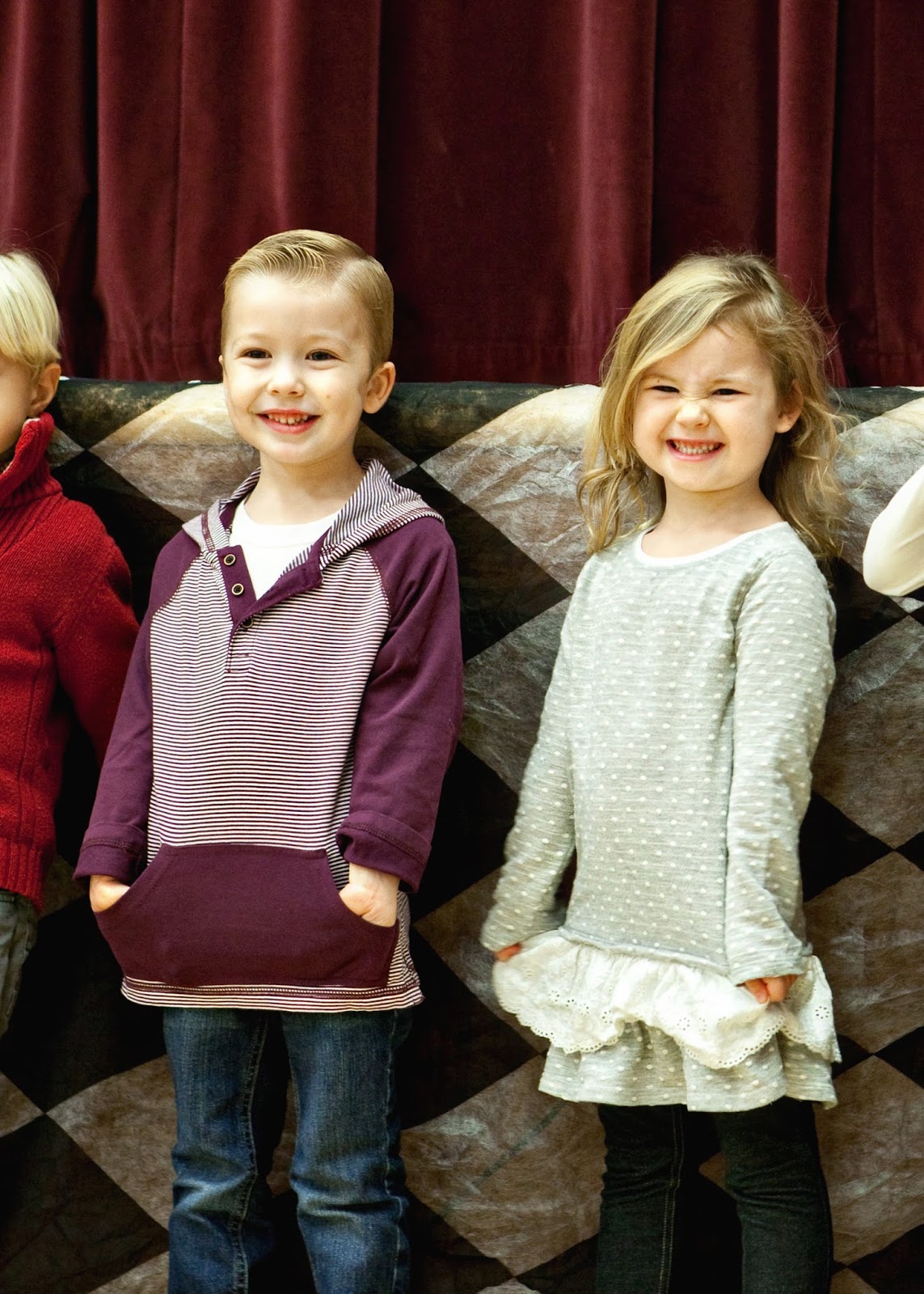 Noah told Santa he wanted the Planes: Fire and Rescue 'CVD' (instead of DVD), and Luke wants "wots and wots of pesants."  I have a lot of confidence that Santa and his helpers will come through for them on Christmas. 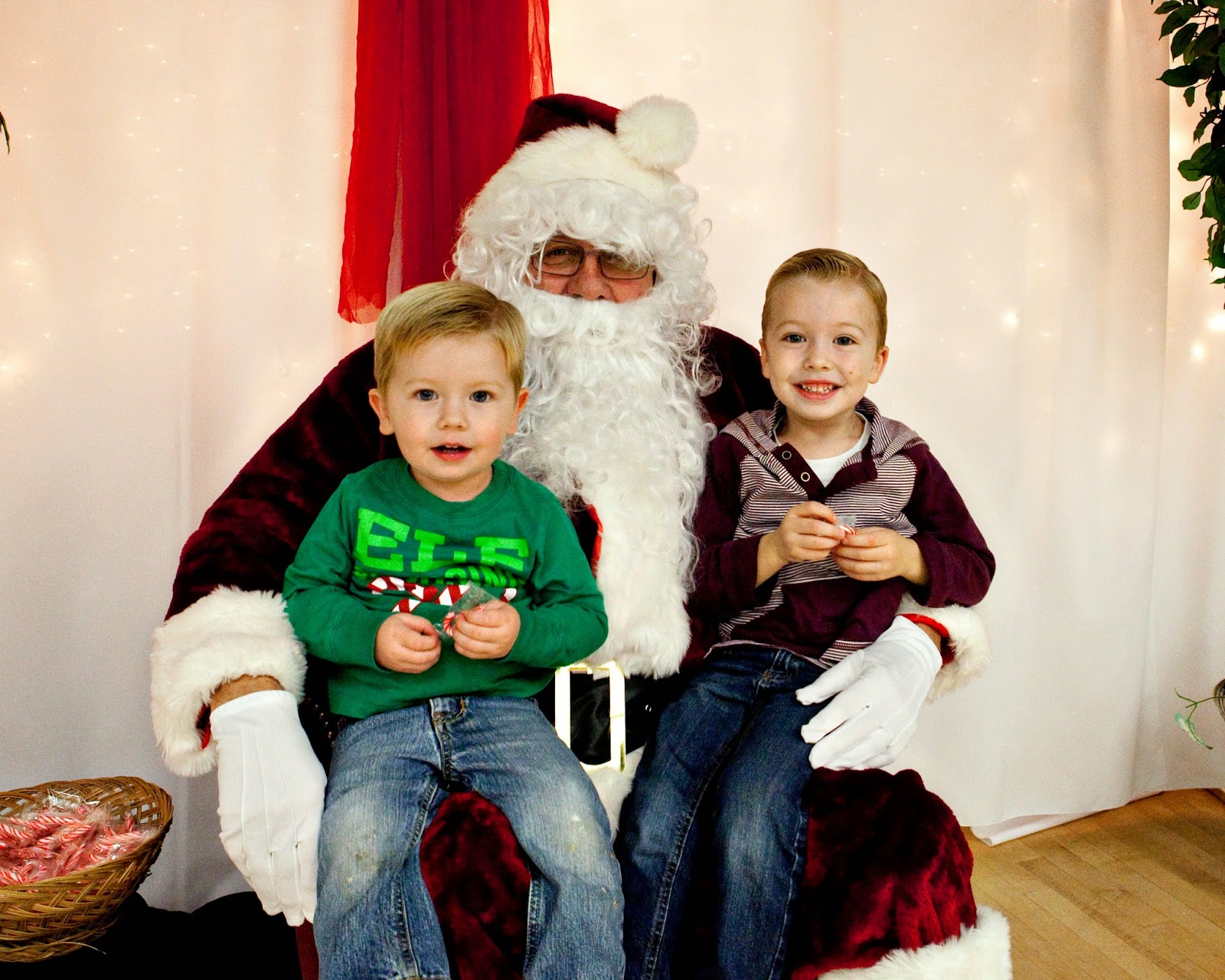 I was thinking how lucky I am that I've never had that experience where my kids freak out and scream when it comes to seeing Santa.  I guess there are some unexpected positives about having my dad living with a bunch of centenarians for almost two years.  Those boys of mine have absolutely no fear and are completely comfortable when it comes to being around old people, even ones whose actions are a bit off and unexplainable.  Ask me about the time a hundred year-old sweetheart at Eskaton walked out of her room with no pants on.  Noah, especially, has learned a lot about everyone being special, even when we don't understand their choices.
Posted by Dianna at 9:16 AM