Noah has been so patient for his birthday to finally arrive.  It was hard for him to understand how he was the big brother, but Luke's birthday came first.  Oh my, we've been counting down.  His birthday excitement was certainly contagious, because by the time it was time to celebrate we were all about to burst with happiness.

The fun started four days before his actual birthday, when we had dinner at the Old Spaghetti Factory with Kristina, Jason, Kate and Nana.  They were off to cruise the Caribbean the next day, and wanted to have some birthday fun with the big boy.  Noah was completely willing to accommodate that request. 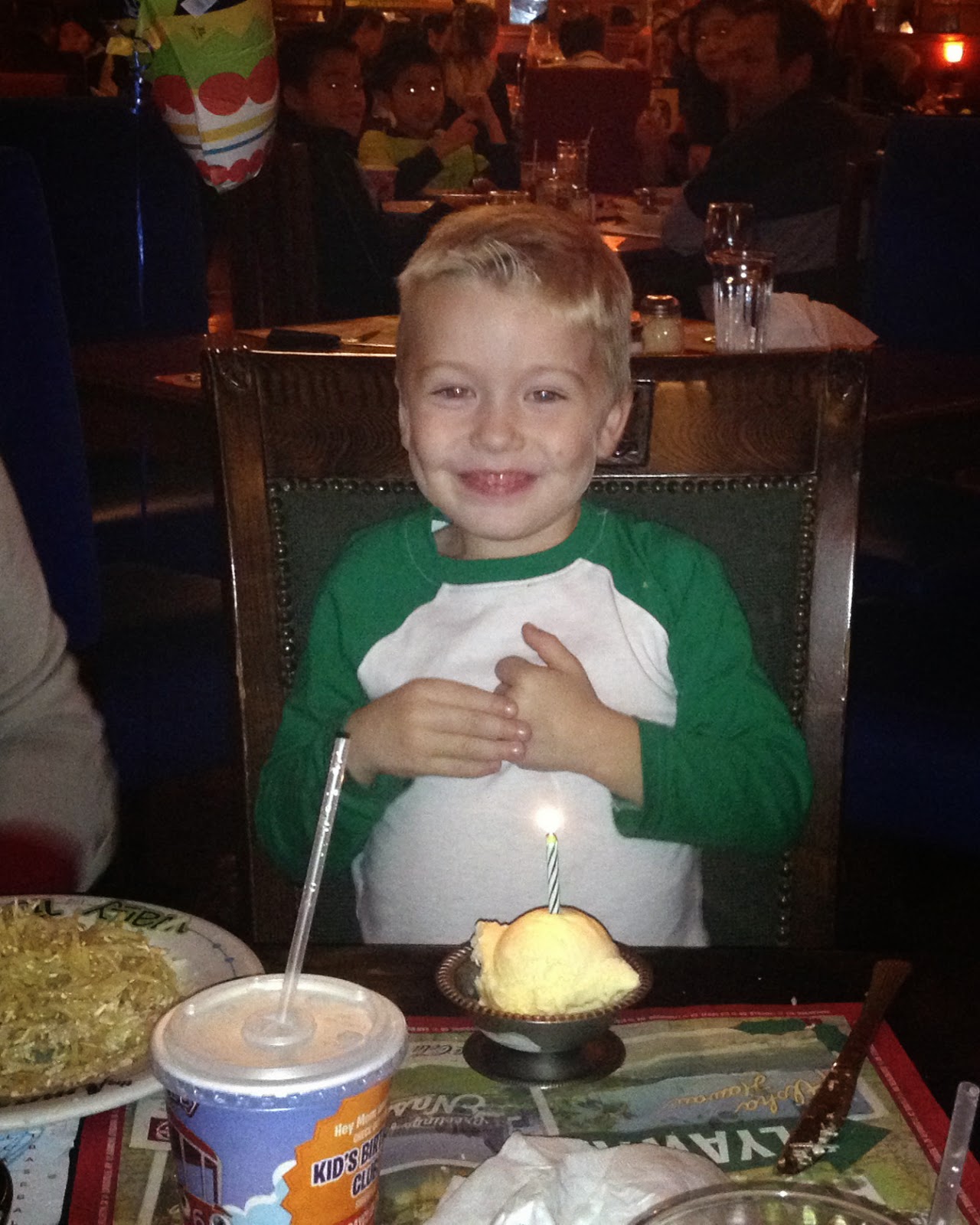 The night before Noah's birthday we gathered the rest of the family, and some friends, at our house to continue celebrating. 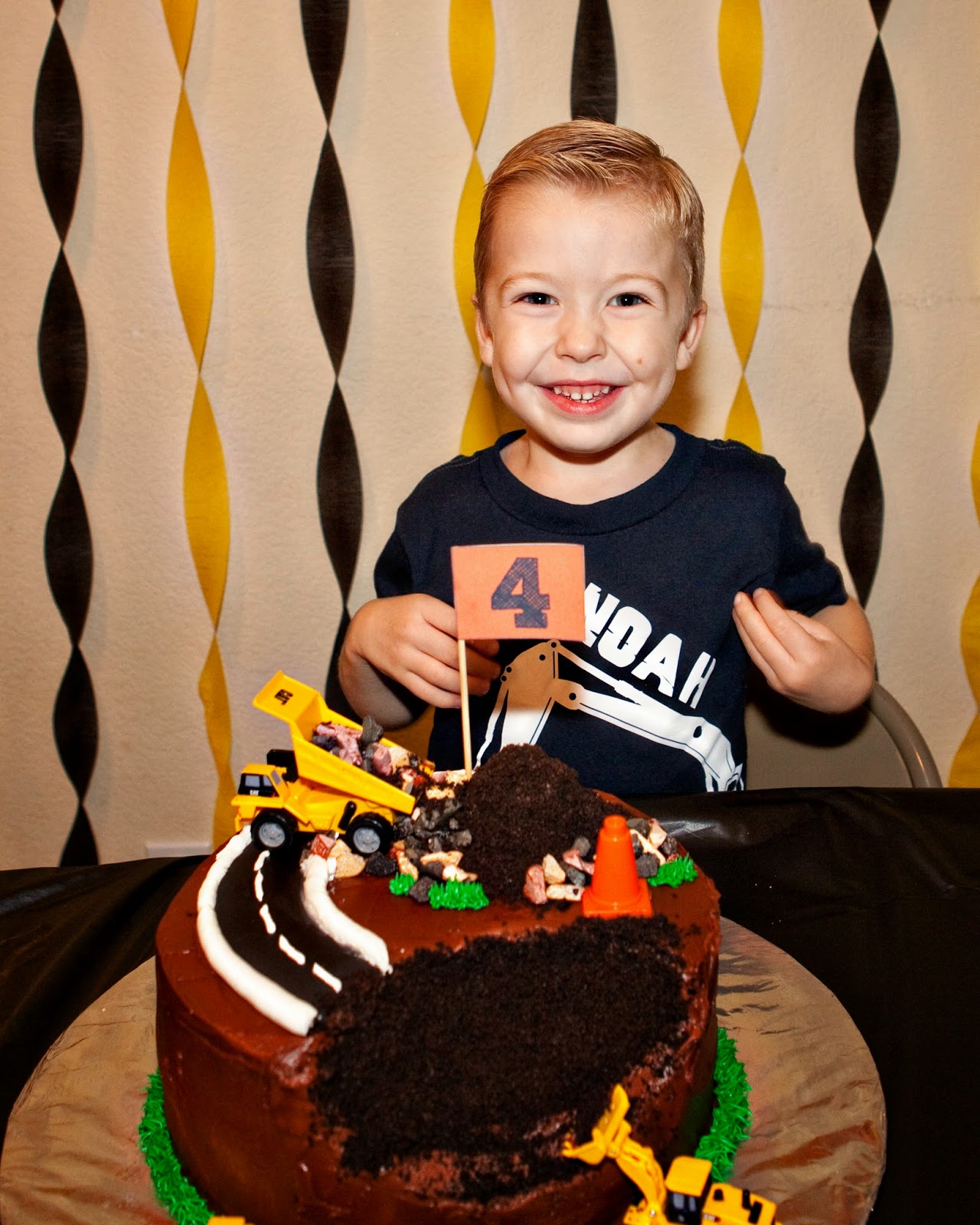 Noah literally has a fleet of construction trucks, so it seemed to be a perfect theme for year four.  He loved it, and he was reasonably impressed by his cake too. 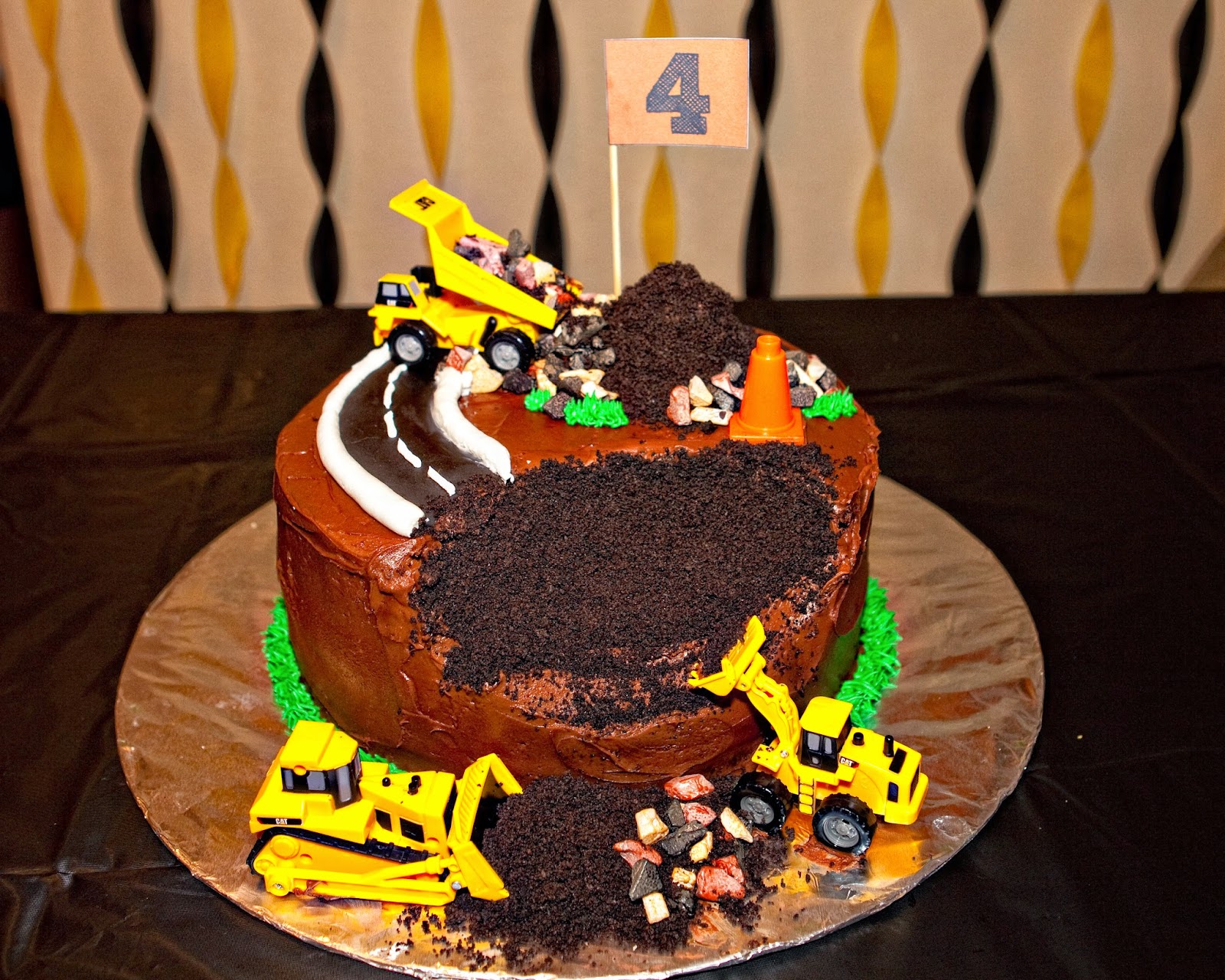 I can still hear him saying, "Mom, this looks aaaaamazing!"  Thanks buddy.

It was a simple night of family, good food, perfect presents and birthday joy. 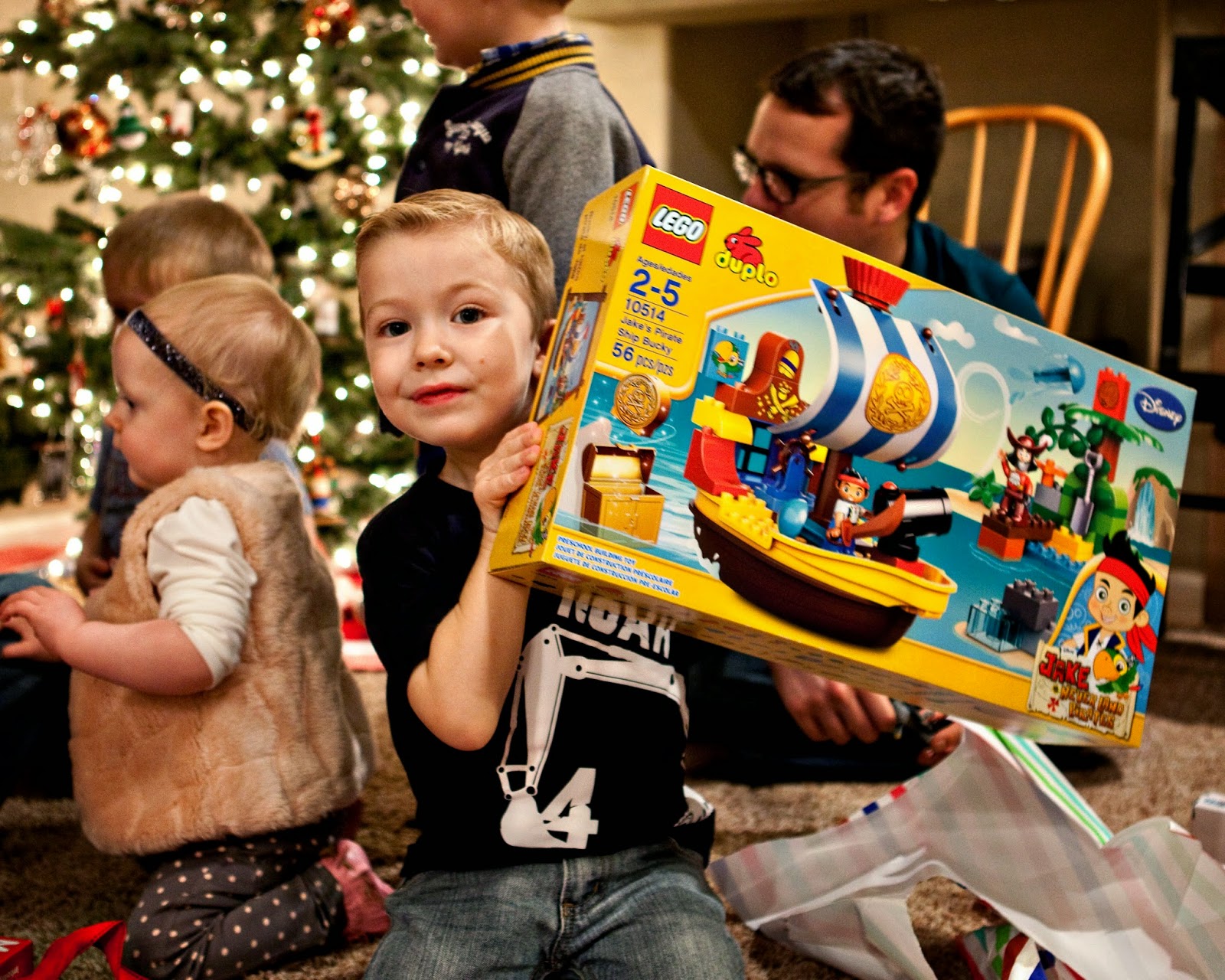 I realized that this kind of innocent, little kid excitement that I love is going to slip away far sooner than I'm ready for.  It sounded ridiculously dramatic later in the evening when I said to Nate, "You know, we only have 14 more birthdays with him."  Nate raised an eyebrow, thought, and then said, "That doesn't seem like nearly enough."  It's so true. 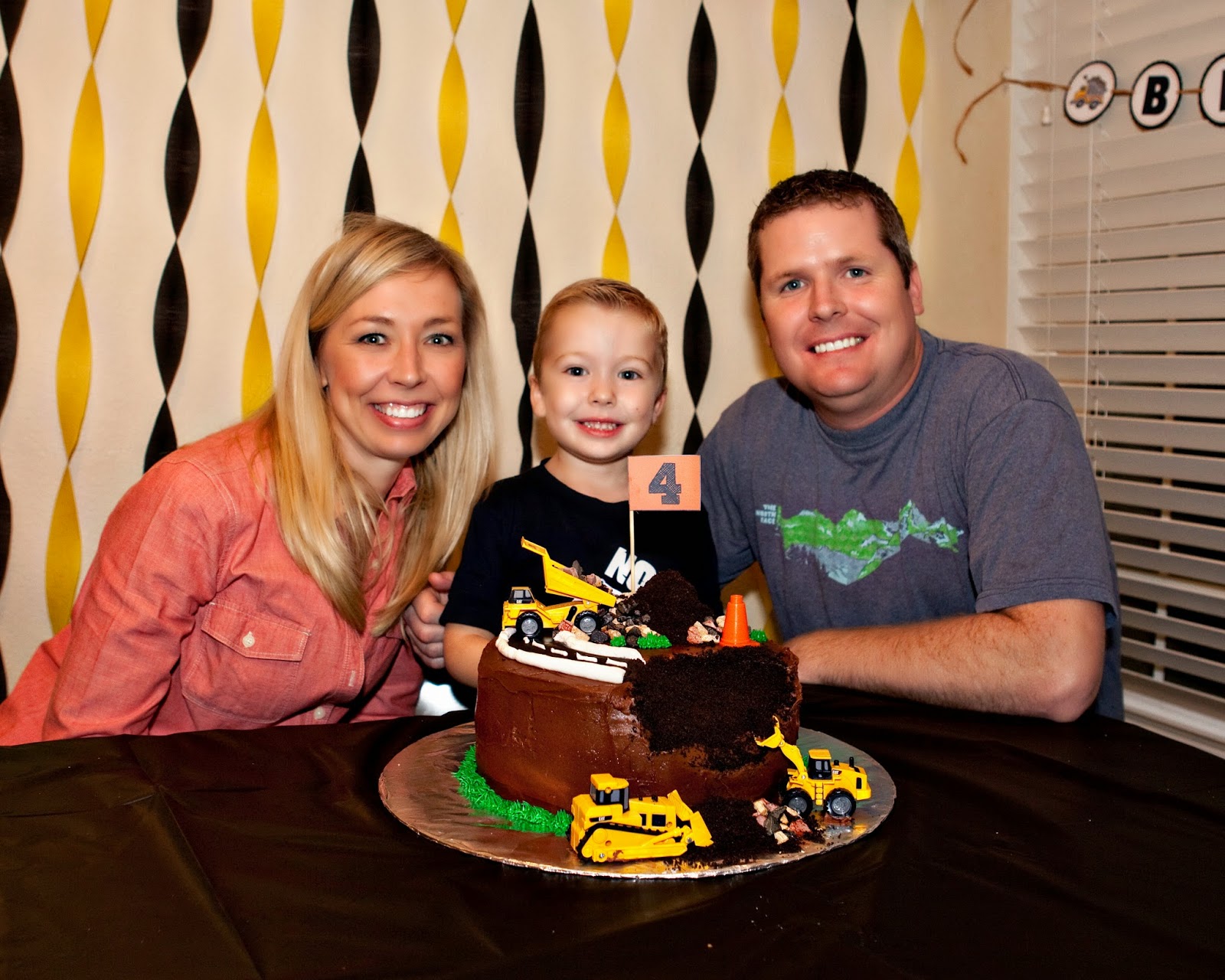 Oh, I'd give anything to keep him little! 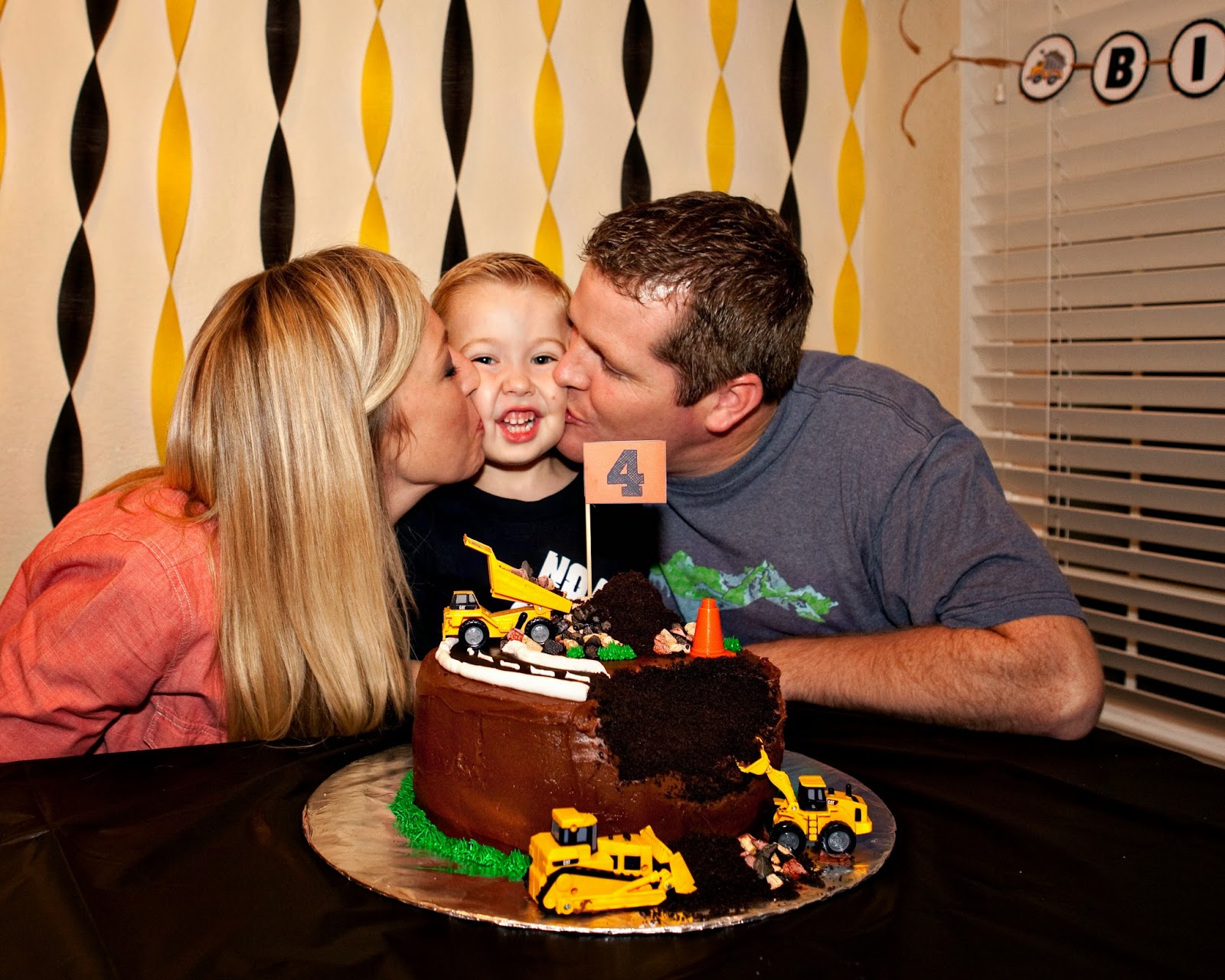 The next morning, on Noah's actual birthday he started off with pancakes and one last present. 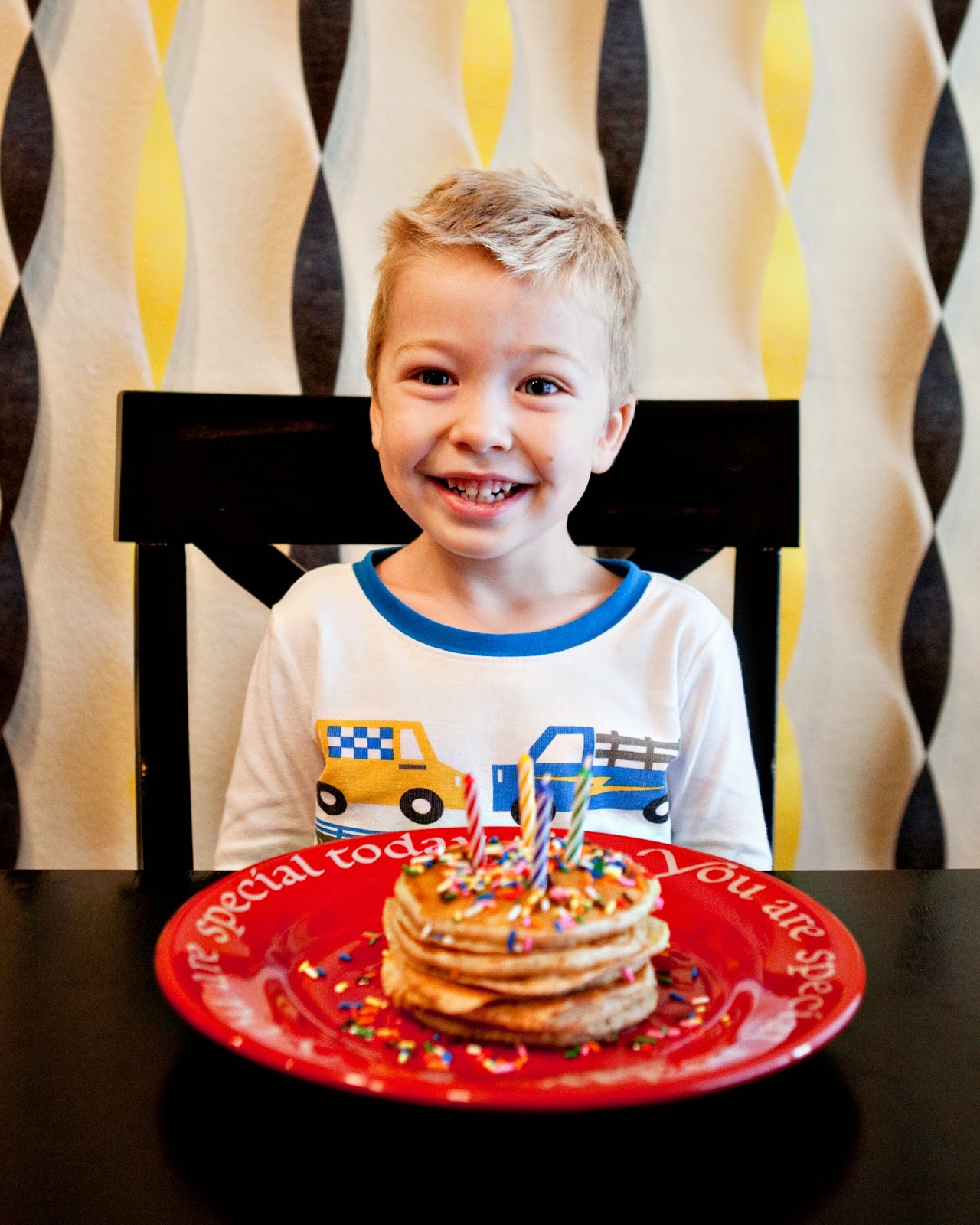 Noah is a huge Planes: Fire and Rescue fan.  When cousin Brennan got Cabbie for his birthday in August, Noah worked really hard to keep his jealousy in check.  Since then he's talked about it almost every day.  It was the first thing mentioned in his letter to Santa this year.  Cabbie is a big deal.  I bought it in September, and, oh, it was hard keeping it hidden under our bed all that time!  We were all excited for Noah to have Cabbie.

At Noah's request we went to the gym after breakfast.  Four year-olds get to go to the 'big kids side,' and Noah has been anxious to get over there.  I was more than happy to accommodate that request.

After lunch and while Luke was napping Noah helped me create these little beauties: 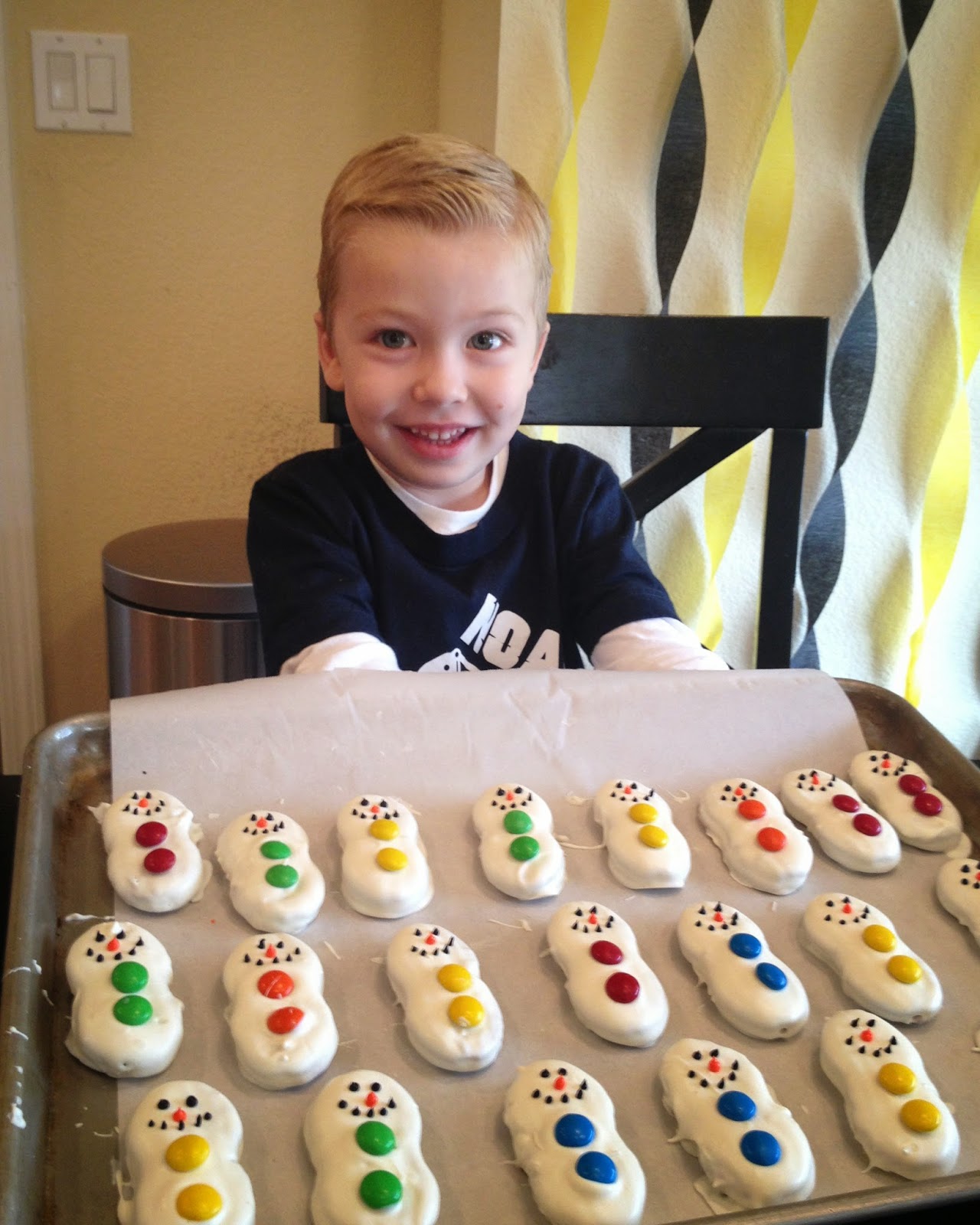 He was taking them to Joy School the next day for his birthday treat.

I gave him the option in the afternoon of riding Light Rail for a while or getting hair cuts, and he surprised me by choosing the latter.  Thank goodness, though, because my boys were in desperate need.

The evening included a great dinner with just the four of us, family home evening, and lots of time spent playing with new toys.  It was a perfect, perfect day!