There's not much of an agenda when we're at Sea Ranch.  I love it.  If you want to go down to the beach, it's super close.  Sometimes we'd all go together, and other times we'd just go with our little family.  It's so nearby that you don't feel bad staying only twenty or thirty minutes if you want, because there's always tomorrow.  It really is the best. 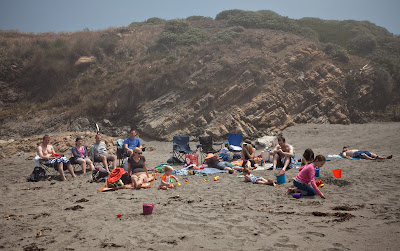 Noah loves digging in the sand and making it fly in the wind. 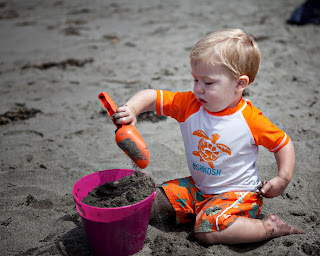 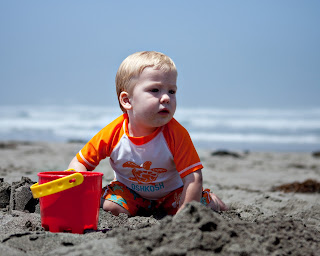 And doing it with a cousin is even better. 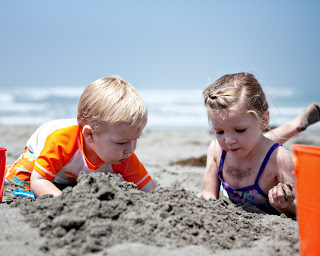 Too bad we didn't realize he was being eaten alive by sand fleas until a few hours later.  Poor guy was a mess that evening, but didn't seem too bothered.

How cute is cousin Brennan? 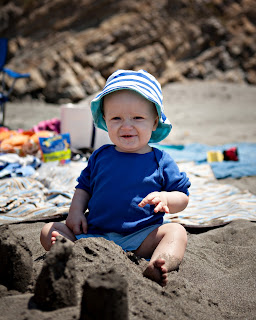 It was tradition when the Boyce kids were growing up to build a big sandcastle at the beach, with Grandpa Pebley leading the way (and probably doing most of the work).  Now that some of these guys are dads, they seem to want to carry on the tradition.  It was on our list of 'musts' for the trip. 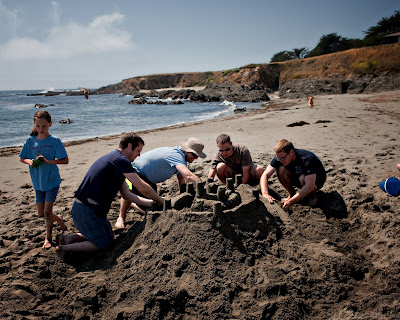 They worked hard and for their first attempt without Grandpa, it turned out pretty good. 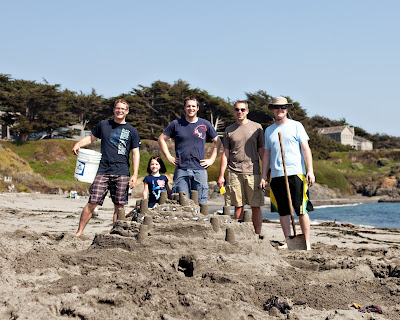 But they've already got all kinds of ideas for next time. 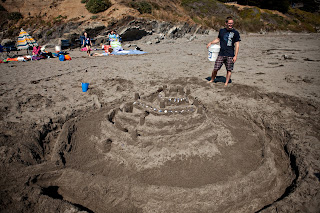 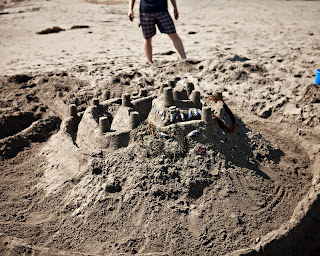