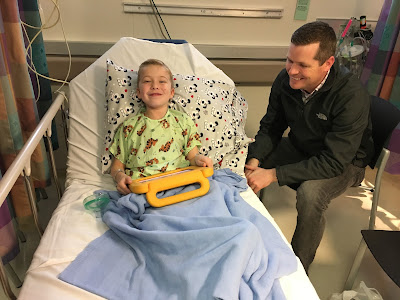 His hearing won't be retested until February, but our own observation is that there's definitely been an improvement.  He isn't asking for the t.v. volume to be turned up, we are purposely talking more quietly and he still hears us, and our smoke alarm went off the other day and he freaked out.  There were tears and some screaming involved.  The poor kid has never heard how loud the smoke alarm really is!

I can't say enough that I am thankful for skilled doctors nurses who love kids and know exactly how to make them feel comfortable in a rather uncomfortable, unfamiliar situation.  We felt completely at ease as Noah was wheeled off to the operating room and we were guided to the waiting area.  The hardest part was seeing him in recovery after the surgery and just waiting for him to wake up.  But once he started to stir, he was immediately wide awake. 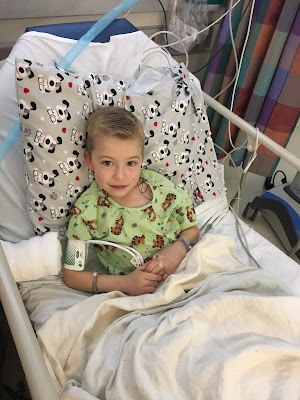 After a little observation and a popsicle we were discharged.  Noah was given the option of a wheelchair or race car to be taken to the car.  He was thrilled with this choice. 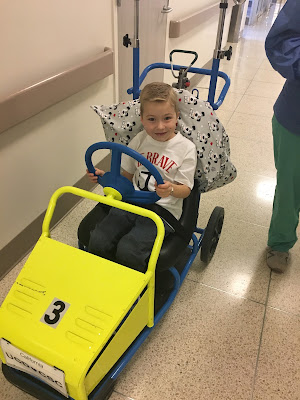 It's been smooth sailing so far since the surgery.  Hopefully this is exactly what those little ears needed to hear and take in the sounds of the world.  I'm anxious for February to find out more!
Posted by Dianna at 1:40 PM