Just a few random pictures that finished up December.  There are so, SO many pictures of silly faces on my phone.  Usually it's the boys taking selfies, but this time Nate jumped in too. 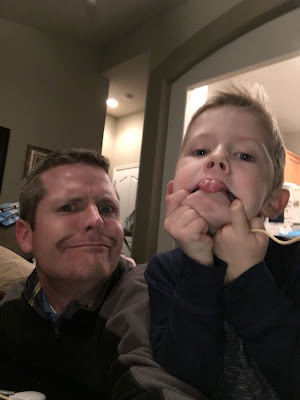 Nate and the boys snuck in a bike ride on Christmas Eve day. 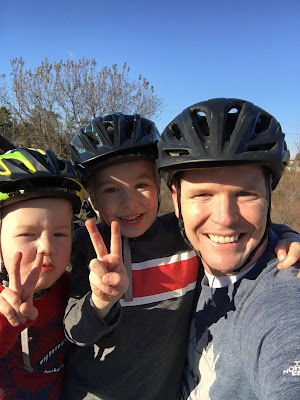 They almost rode all the way to Grandma and Grandpa's house, but decided to save that for another day.  Soon! 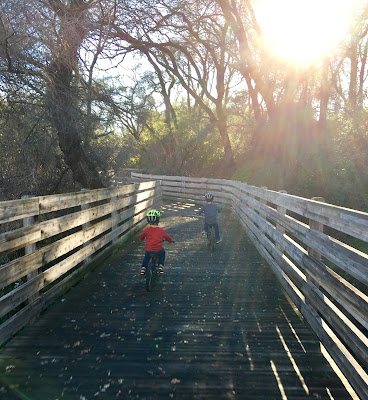 We spent the last few days of the year in Tahoe, with very few pictures to show for it.  That will happen when you're occupied with littles, the littlest STILL hates sleeping at the cabin, and you're just enjoying being with everyone so much that the camera stays put.

But this picture from the drive home kind of sums it up: exhausted brothers who played and PLAYED in the snow and a baby sister who is interested in anything except sleeping. 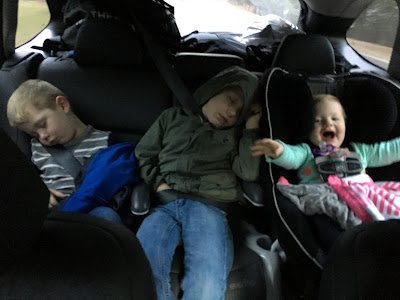 We decided to take advantage of the all wheel drive in Nate's new car, so it was a little tighter than the van, but still worked for our three in the backseat.

I 'thoughtfully' created a divider with pillows so each of the boys would have their own side of the bed.  But when I went to check on them they were snuggled up together. 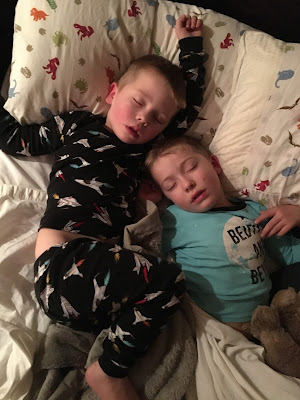 We couldn't get enough of Leah's cousin-twin Charlie.  Why does Cleveland have to be so far away?  It's so fun seeing how similar these two are because they are so close in age.  We heard lots of the same sounds from them and occasionally even their cries sounded the same. 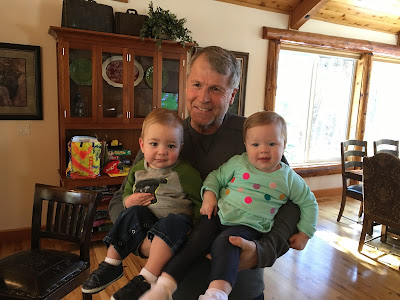 Leah wouldn't sit still, Charlie almost choked on a chip, but it was still a great dinner with our favorite people. 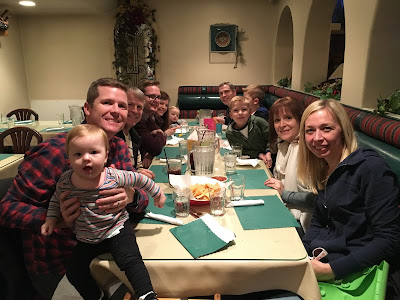 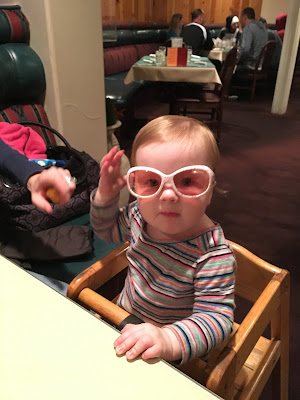 After being sick with the flu for WAY too long, the Birons finally made it from Bakersfield.  We loved time at the cabin, but couldn't wait to get back to Folsom to meet up with them.  I just loved that Grandma Pebley chose the grandkids table as her place to sit at our New Year's Day dinner. 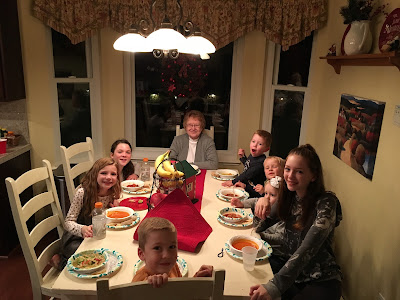 We tried to get a cousins picture, but they were all so busy and wiggly! 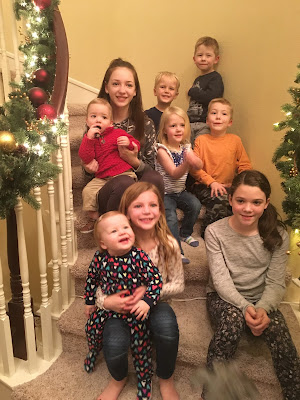 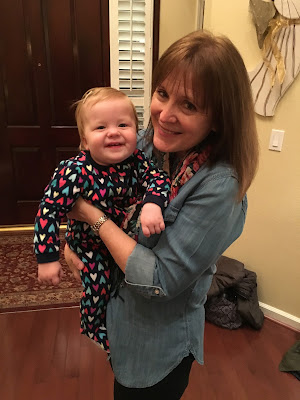 Leah Evelyn and her Great Grandma Evelyn.  I love pictures of these two 'Evelyns' together. 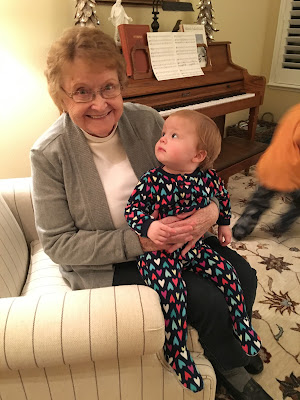