While Noah was experiencing his first day of school Luke and I baked. 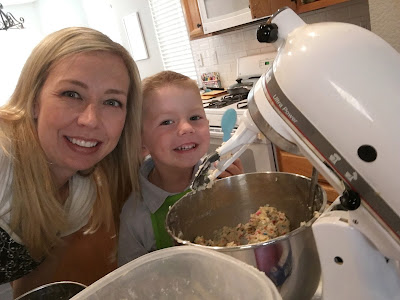 It was quite perfect: I wanted to start the tradition of cookies and milk after the first day of school and Luke loves to bake in the kitchen.  He is almost always by my side when food is being prepared, especially if it's cookies. 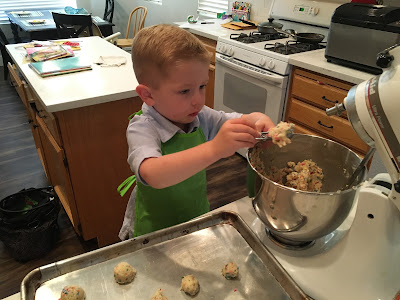 We squeezed in a few games of Uno between our Back to School Feast and dessert. 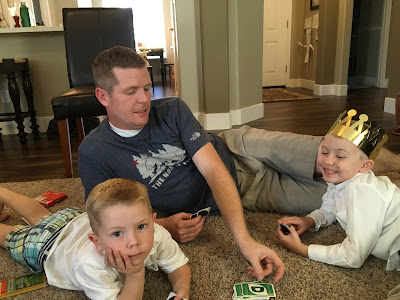 I needed to go to the doctor on the second day of school.  So when I called at 8 and they said I could come at 8:15 I flew out the door and was immensely grateful that it was a morning when Nate could go into work a little late.  As I was waiting Nate texted this picture.  Noah dropped off at school, Leah in the stroller and our new bike rider doing his thing in the court.  It's funny how a simple picture can bring on feelings of gratitude for so many things. 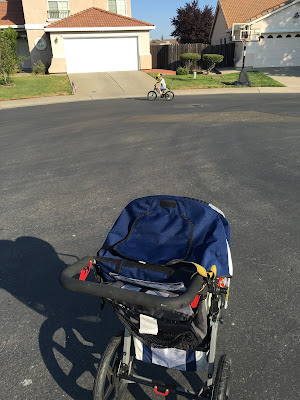 It was completely unintentional but we couldn't pass up a picture of these twinners in their red mountain bike shirts and grey shorts. 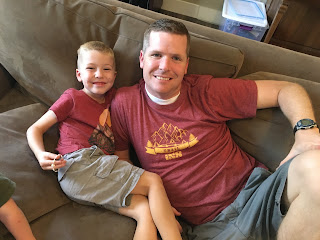 I lost my wedding rings for three days.  I knew they were in the house, but the WHERE part was a mystery.  Oh, I was sick about it!  Yes they are insured, but it was just horrible losing something that is a symbol of the best decision you've ever made!  Luke saved the day and found them -- in a cookbook of all places.  I have since raised my right hand and sworn that those rings will always be in one, defined spot in the house. 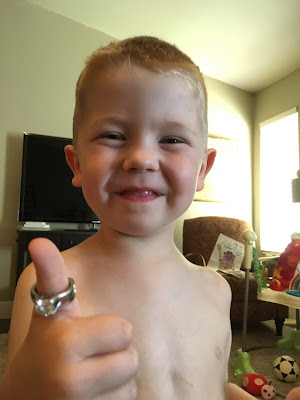 Both boys are playing soccer!  That's a blog post of it's own sometime, but we loved having Brennan and Brielle there at Luke's first game to cheer him on! 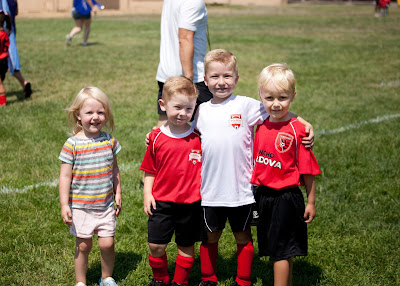 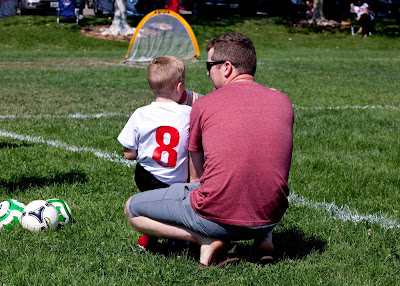 We did some back to school shopping for Noah.  He picked out his first pair of Nike's and instantly felt faster. 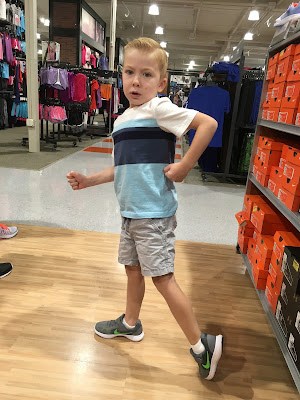 We followed up the shoe shopping with lunch at Firehouse Subs, one of the boys favorite spots for eating out. 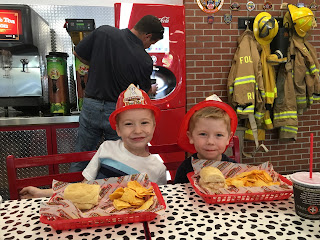 We were supposed to be riding bikes to the park, but it unexpectedly turned into riding bikes through the water feature at the park.  Suddenly shoes, socks and shirts were off and the boys were soaked and happy! 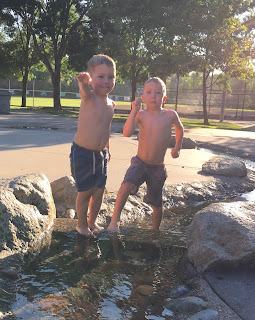