Yesterday we headed up to Apple Hill for a little berry picking. 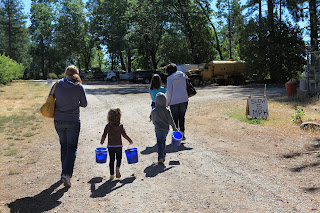 Olivia, Sammie and Abby were all champion berry pickers and just kept going until the buckets were full. 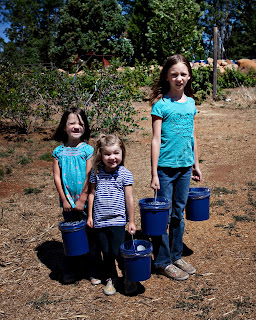 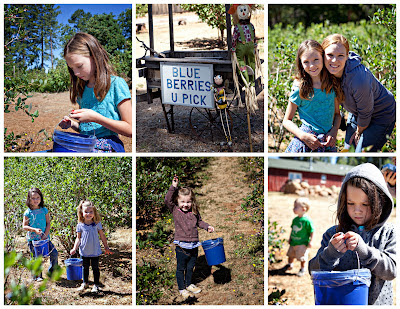 This guy, on the other hand, was pretty much just a blueberry bandit.  Every time I turned around he was stuffing his cheeks like a chipmunk with berries. 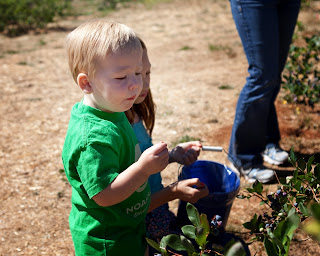 I could hardly blame him though.  They were perfectly ripe and just the right size for those little hands. 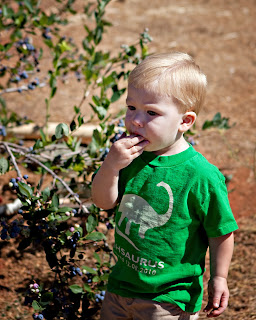 And when picking blueberries off of the bush got a little old, he tried to get some from Grandma's bucket.  The girls kept saying he was going to throw up from the massive consumption.  I kept my fingers crossed that he was just on antioxidant overload and would be o.k. 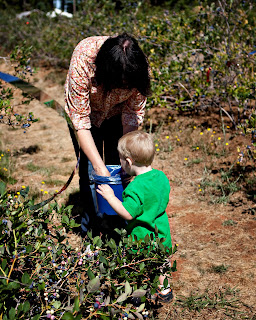 After and hour and a half of picking, we were happy with our harvest.  That's seventeen pounds of blueberries that Grandma is carrying! 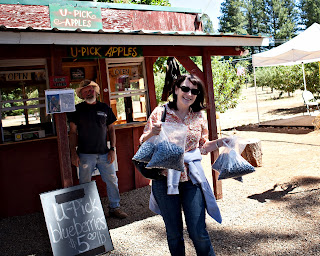 Most of all, I think we were just happy to have fun as a family.  These kids all love each other like crazy, and they love doing fun things with Grandma. 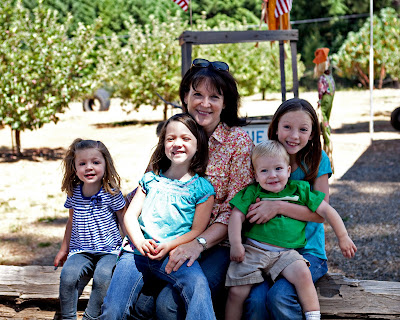 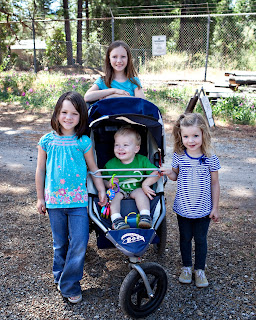 I love this blueberry boy! 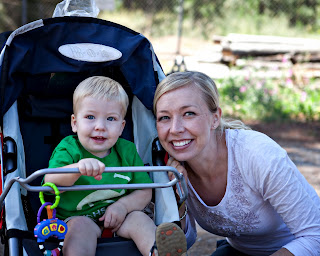