(Looks like I forgot to hit the 'publish' button a couple of months ago.)
Noah is 18 months old! 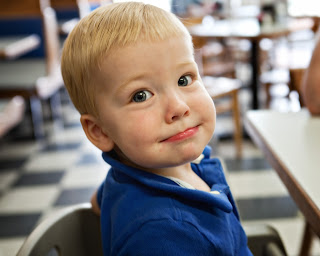 This kid is just buckets of fun right now. 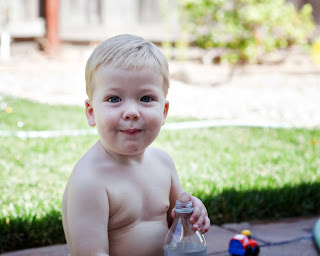 Talking:  Real words are still pretty sparse right now, but this kid talks in paragraphs.  And he seems pretty convinced that we know exactly what he's saying.  He does have some simple words down besides mom and dad.  The words hot, outside, thank you, hi, yeah, grass, apple, cracker and 'what's that' are words we sometimes hear.  But they are definitely spoken on his terms, when he feels like it.  Even though he's not talking a lot (in our language at least) it's amazing to me that he understands just about everything we tell him and can identity many common (and not so common) objects in our home. He can make animal sounds for a dog, cow, horse, bird, snake and bees. 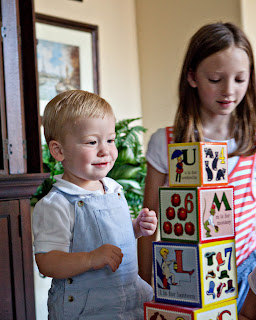 Silliness: This kid is hilarious.  He loves to play peek-a-boo.  Sometimes I walk in after nap time and he's playing it with his bear and laughing.  Noah also likes to do things with his eyes closed.  He thinks it's pretty funny to eat that way and has found it's a little bit dangerous to try walking around without looking.  We love the big squint and funny smile on his face as he does it.  Noah also loves to be chased.  He squeals with excitement when he can find someone to chase after him. 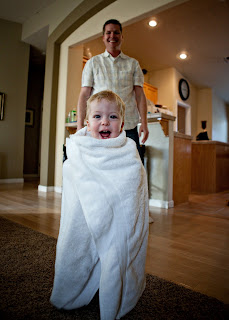 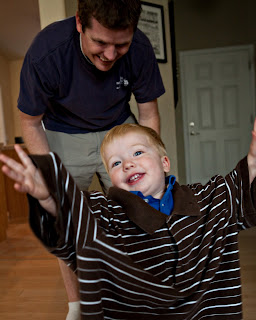 Sweetness: Noah just started giving really big hugs, and it's awesome.  He blows kisses when we say good-bye to people, but my favorite is that when we put him in his crib at bedtime he pops back up, waves and blows a kiss.  Oh, melt my heart.  He also waves bye-bye to his bear when we take him out of his crib. 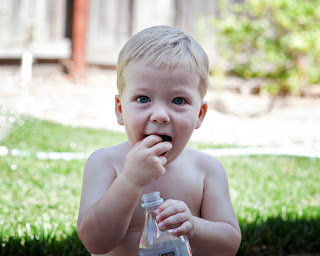 Noah loves 'using his muscles' and lifting heavy things.  Such a boy! 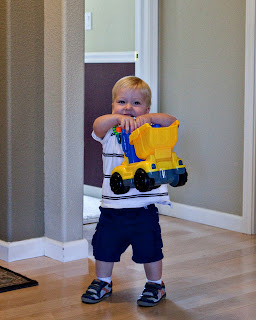 And, he's getting good at feeding himself with a spoon or fork. 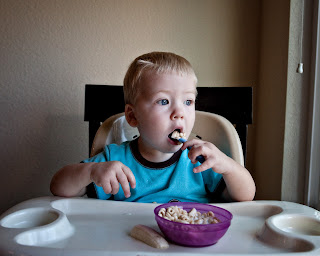 I love that he can do some of the big boy things.  He's starting to like coloring too...as a lefty. 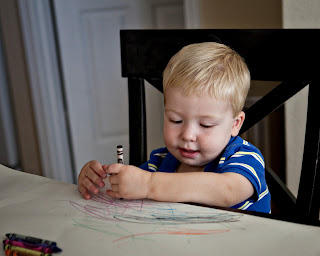