I was not expecting this to be the face of Christmas: 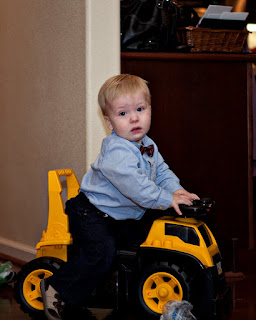 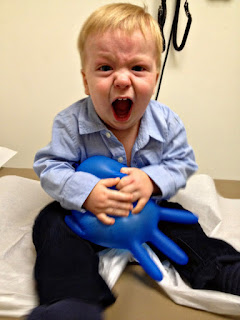 Thankfully there was also some of this: 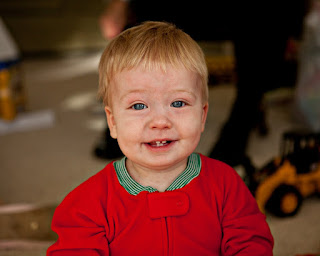 Christmas last year is such a blur since Noah was only 2 weeks old. It felt like this was his first one, and we were really looking forward to the excitement of it all. 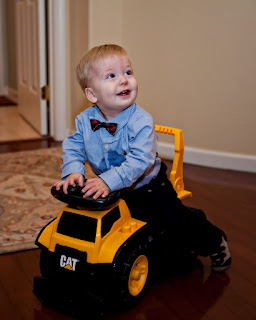 But it became apparent that after maybe 2 or 3 days of finally feeling good (after being sick on his birthday), Noah was coming down with something...just in time for Christmas. 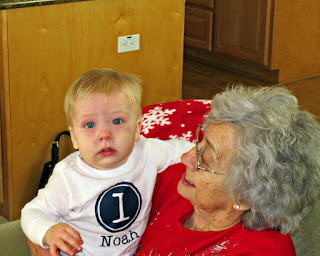 Look at this kid. He's a mess! I'm wishing Photoshop had a de-rashing filter.

We spent Christmas Eve with my family, had dinner and opened a few presents. Noah was still in pretty good spirits. 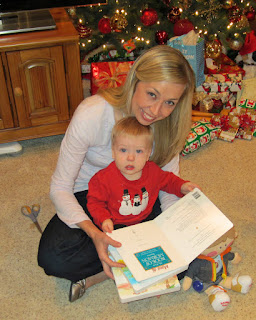 Christmas morning he seemed a little worn out, 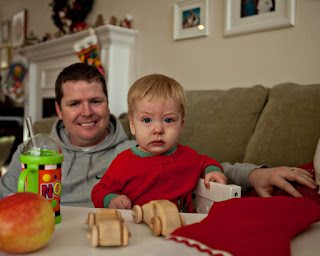 but we opened presents with my family and then headed off to church. 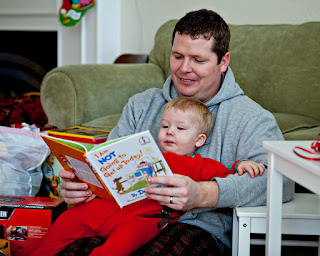 Things kind of went down hill for a while at that point. Really grumpy, really tired, really coughing, and a rash that was getting progressively worse since the night before. Off to urgent care we went -- on Christmas. 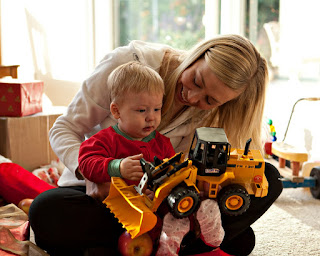 He was checked for strep (negative - yeah!) and we left being diagnosed with a bad virus. That was good news to us. And, surprisingly, we also left with a boy in a better mood. I guess he was relieved that it was just a virus too. 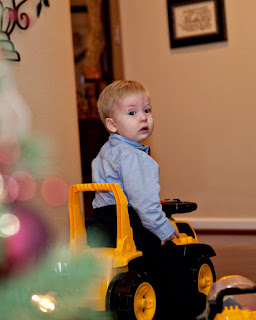 So, off we went to spend the evening with Nate's family. They saved us some dinner, we opened presents, and had a great time together. 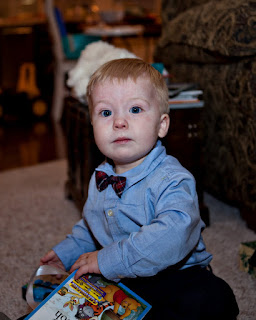 I'm a little bummed that pictures didn't take priority during the day, because there were a lot of sweet moments with our families that should have been captured. 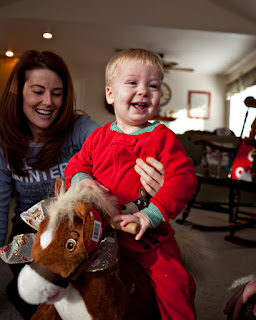 Despite the unexpected events of the day, it was a great Christmas. Just spending time with our families was so much fun. We had my grandma here from Utah, and Nate's brother is home from BYU. And we can't wait for the rest of his siblings to show up this week. 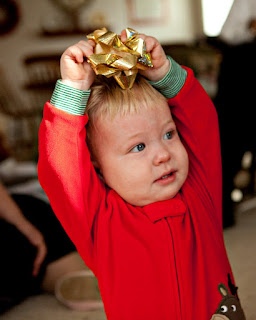 Here's to hoping for a healthy Christmas next year!
Posted by Dianna at 1:23 PM

Noah is so sweet! I was talking to your mom at church on Sunday and she was telling me that he is the light of her life. It was extremely precious to hear her talk about him. He is one super well-loved baby...and for good reason!

Poor kid. Hope he is feeling himself again.