Nate had a training in San Jose last week, so Noah and I joined him. We stayed with our friends, Andy and Marissa, in Los Gatos, and it worked out perfectly that Andy was attending the same training as well.

While the Dads were off working, Marissa and I took our little ones to the park for a picnic and just let them hang out together. 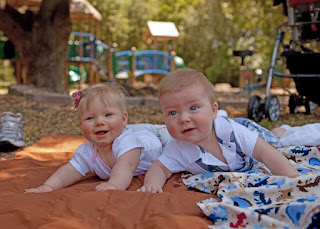 Adalyn is two weeks older than Noah and they got along perfectly. 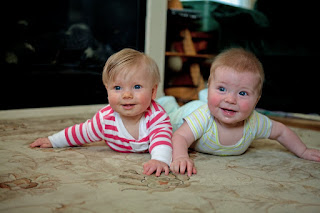 This was really the first time Noah has ever been interested in another baby. They became fast friends and had a good time with each other. 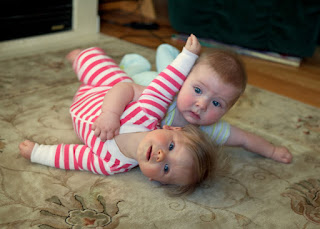 Adalyn's dad, Andy, can make Noah laugh like nobody else.

We also packed up the kids and drove to Santa Cruz for a little time at the beach. 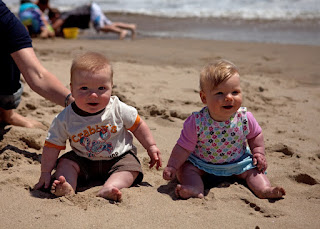 Aside from being extra windy it was a perfect day, and we had a lot of fun. 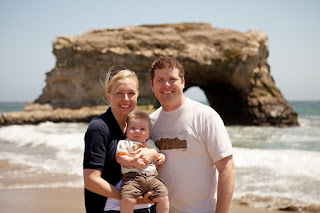 Noah put his feet in the ocean for the first time and couldn't stop looking around at the beautiful new surroundings. 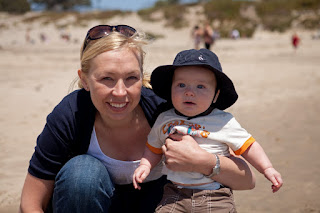 I was admittedly nervous about taking Noah out of our comfort zone and routine of home. There's a lot of security to be found in predictability. In the end, it turned out to be just what we needed. The first night of sleeping was a complete disaster, but it got better. Naps were great, the drive was fine and it was really good for us to get away from the responsibilities of every day life. Now that the first trip is done, we're ready for another for sure.
Posted by Dianna at 1:41 PM

What a great time! He is growing so fast! And he is such a cutie!

Boy those trips are so much work, but so worth it in the end. So glad you guys got a chance to get out as a family. How special those times are. I bet he loved putting his feet in the ocean and we can't wait for Aubrey to do the same! We need to get these two together soon!!